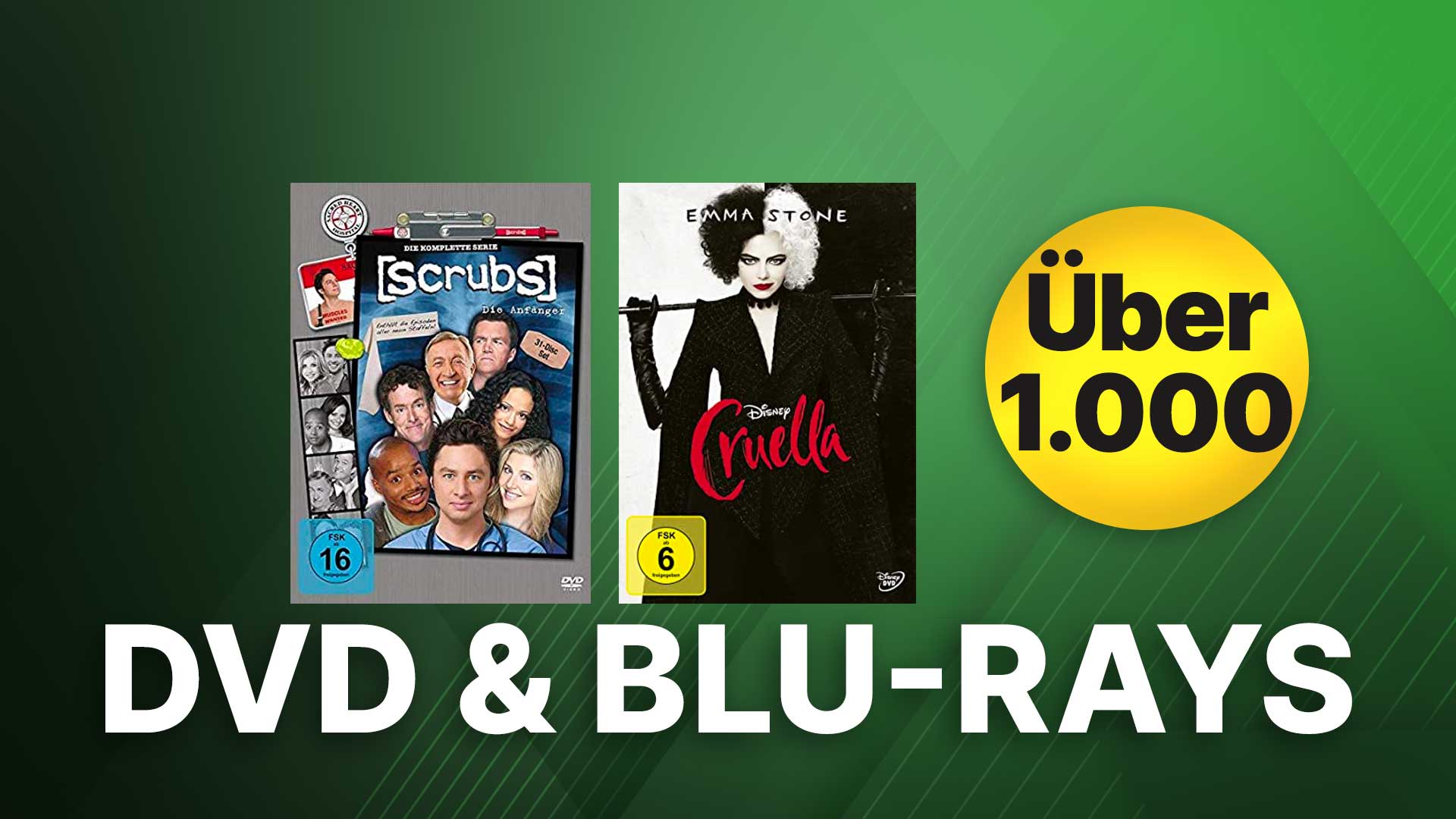 Amazon offers top series like Scrubs and How I Met Your Mother, as well as top movies like Cruella at the best price.

Amazon has over 1,000 DVDs and Blu-rays on offer until July 24, 2022. Both series and films are reduced. Among other things, there are also complete boxes in the deal. When it comes to Blu-rays, 3D and 4K Blu-rays are also available.

So if you want to expand your film and series collection, you get a huge selection of current top films and series, as well as classics. My series collection, for example, couldn’t do without M*A*S*H. Here you can get the complete box at the current best price of only €39.97.

Buy films and series on Amazon

Disney movies on offer for the whole family

You can use the promotion at Amazon to buy some Disney films cheaper. Among them are absolute classics and one of my personal favorites with The Witch and the Wizard. Below is a small selection of Disney films that are available on Amazon.

Buy films and series on Amazon

See also  HBO Max will be the cinema platform that we all expected in February: 4 great films arrive