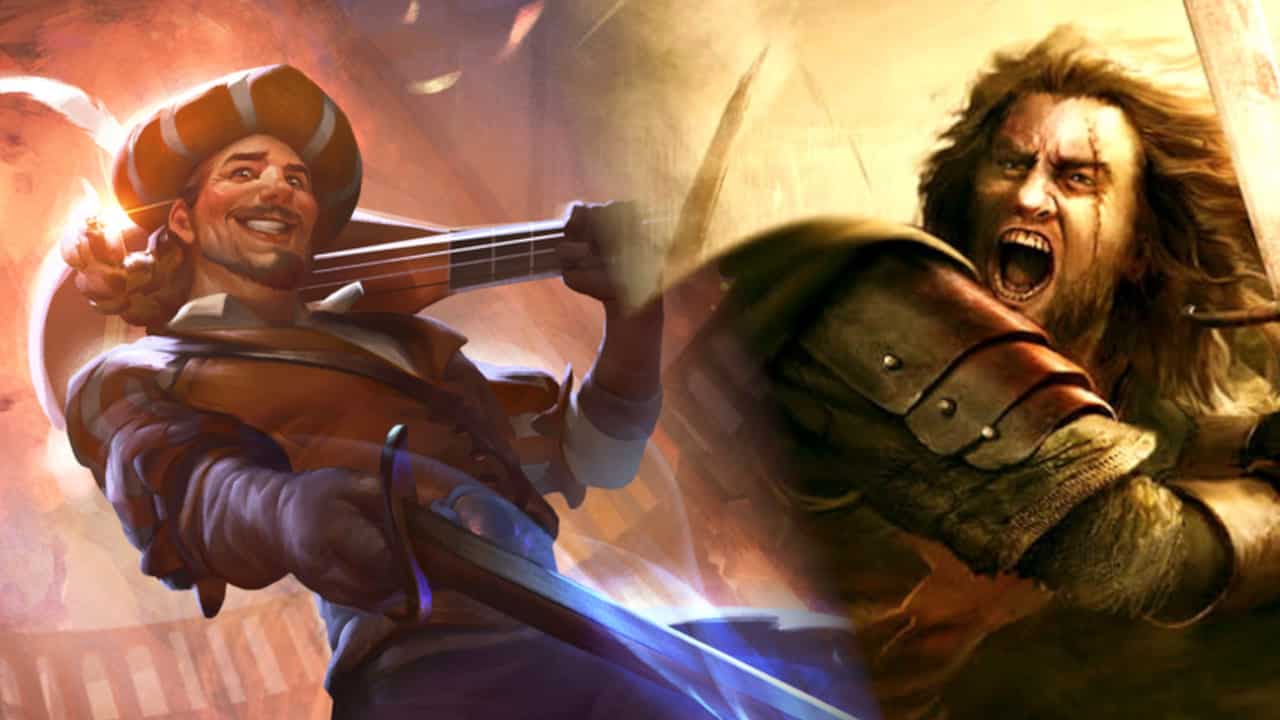 Two upcoming works in the popular Dungeons & Dragons and Lord of the Rings franchises have revealed new trailers. And while neither of them are even video games, they have hard MMORPG vibes.

What are these trailers? A Lord of the Rings TV series, Rings of Power, and a true D&D movie, Honor Among Thieves, will be released in the coming months.

New trailers were shown at Comic-Con 2022, which are full of classic MMORPG elements and make you want to pick up your sword again and hunt orcs and dragons.

This is the trailer: The new D&D movie follows the story of a group of thieves who are set to… well, steal something. Fans of the role-playing game will certainly discover references such as iconic spells or the legendary gelatinous cube in the trailer.

In the latest trailer, Honor Among Thieves mainly plays with completely wacky humor and classic MMORPG scenes. A petite druid transforms into a gigantic owl bear, the righteous paladin takes care of nasty villains with his own hands and the bard … is just there too.

Honor Among Thieves is slated to hit theaters on March 3, 2023.

What is D&D? Dungeons & Dragons is one of the most famous and largest role-playing games in the world. As Pen & Paper, it is actually played at the table with character sheets, narrator and dice. The longest session has been running for 40 years.

With its magic and the dice system, the game has shaped today’s MMORPGs like no other game. The random values ​​and even the damage of weapons in video games are often still calculated based on the D&D rules.

D&D has evolved over the years and even double-barreled MMORPG with Neverwinter and Dungeons & Dragons Online. Neverwinter was expanded in 2021 with the most important class of all and received the new expansion Dragonslayer in June 2022. We have included the trailer for it here:

Lord of the Rings: The Rings of Power tells an epic story

This is the trailer: The Rings of Power trailer focuses on the tale that made Lord of the Rings such a hit as a book and film. The latest trailer shows Sauron in his early years as a dark ruler.

Actually, the elves, dwarves and other inhabitants of Middle-earth finally want to turn to peace. However, evil stirs and the rings of power central to the Lord of the Rings saga are forged to conquer the world

What is Lord of the Rings? JRR Tolkien’s epic tale has inspired many games and players. With Lord of the Rings Online, the franchise even has its own MMORPG, which has been completely Free2Play since April.

However, HDRO, like the series, takes a more serious tone. It’s about fighting evil and war, so there’s little room for humor. But if you like in-depth stories, this is the place for you.

A new survival game with dwarves will be released soon for Lord of the Rings. Return to Moria will probably only appear after the HDR series from Amazon, but it already inspires in the first trailer:

The new trailers from Comic-Con have everything an MMORPG fan wants to see in their game and the two franchises conveniently offer their own MMORPG right away. If you prefer to browse elsewhere, you will surely find a game in our list that you are now interested in: