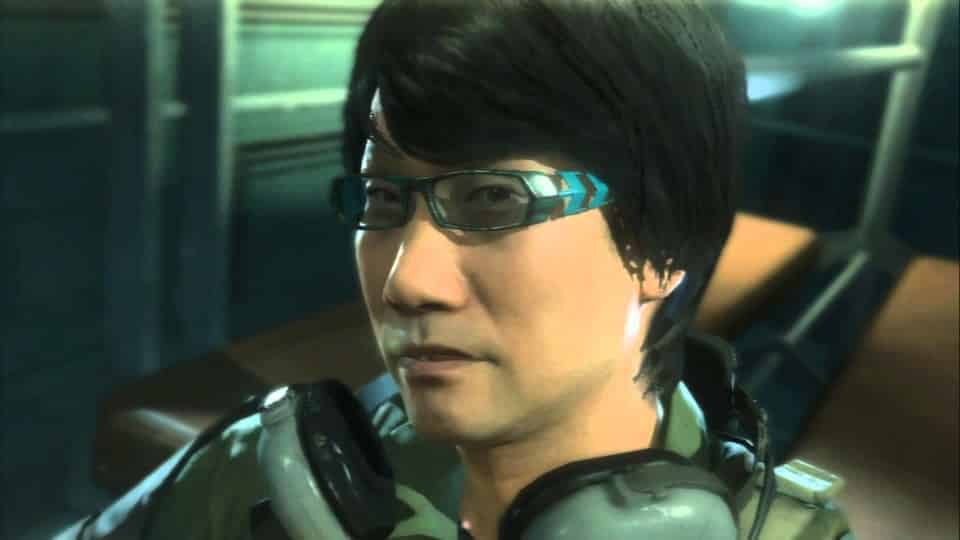 With Metal Gear Solid, Hideo Kojima created great games that shaped video game history. It is hard to imagine that these could be lost at some point.

It’s hard to believe how long Hideo Kojima has been developing video games. A total of 35 years have passed since its debut, the stealth game Metal Gear. The series, which began in 1987 on the MSX home computer, is now an integral part of the video game landscape.

With Metal Gear Solid for the PlayStation 1, Hideo Kojima has had a profound impact on an entire generation. We are currently holding a whole theme week on this:

The PlayStation 1 theme week at GamePro.de – All articles at a glance

Kojima has had many milestones in video game history, but he doesn’t reflect well on the early days. In a tweet, he explains that video games were nothing more than disposable items, just “toys”:

No comparison to the film industry

Still, Kojima hoped to create games in this environment that would still be relevant 50 years from now. He draws parallels to the film industry, which has always taken care of the preservation of classics and honors them. However, games and hardware platforms only have a short half-life, many classics never received a new edition.

For example, if you look at the lineup of PlayStation Plus Premium or the PlayStation Classic, the number of games available is only a fraction of the entire PS1 catalogue. However, hundreds of titles are tied to old hardware that is no longer manufactured.

Just like the games themselves. This is also completely different, at least in the case of popular films. New releases keep appearing for decades, be it on DVD, Blu-Ray or, back then, on video cassette. A generation growing up without the original Star Wars trilogy? Unthinkable.

Kojima’s own history is also affected

Many games that Hideo Kojima produced remain confined to their original publishing platforms. The remake of Metal Gear Solid 1 with the subtitle “The Twin Snakes” was previously only available for the Nintendo Gamecube, while Metal Gear Solid 4 was only available for the PS3 for many years. Not to mention a 3DS game like Lunar Knights or the demo for the discontinued Silent Hills.

Kojima only emphasizes the preservation of the message of a game, although not in its entirety:

“Even if game images and themes survive, they can no longer be played. But at least they survive as MEMEs.”

This is what Kojima means by remaining as a meme: There are memorable game elements in Metal Gear Solid that have since been copied countless times and that are familiar even to those who have never played Metal Gear Solid or had the opportunity to do so. These include the iconic codec view, i.e. the radio that special agent Snake is using, as well as the legendary sound including an exclamation mark above your head when you have been spotted by a guard.

You probably know the codec sound and view even if you’ve never played Metal Gear.

A scene that you can hear even without sound.

Kojima’s series is still in good shape with this, many popular console games have completely disappeared over the years. Like the Eternal Darkness, loved by horror fans and once released for the Gamecube, or the original Killzone trilogy, which never made it past the PS3.

See also  Riot announces 8 nerfs for LoL - A champ is targeted with patch 11.24

Licenses are a gigantic problem

Games that conflict with licenses keep disappearing from the online stores of Microsoft, Sony and Nintendo. This is often related to the soundtrack used, but in some cases the reason can be of a different nature. For example in racing games such as Race Driver: Grid or – very prominently – the Forza series, in which contracts for the vehicles and routes used expire after just a few years.

Occasionally, even an actor’s face can be the reason for a stoppage, such as in the John Woo shooter Stranglehold or the Riddick adaptation Assault on Dark Athena, in which Vin Diesel plays the grumpy main character.

Stranglehold is an insider tip for fans of Asian action cinema. However, characters modeled after real actors, such as Chow Yun-Fat here, can cause massive licensing problems.

My opinion about it

In the past few weeks, I’ve spent a lot of time researching PS3 games that never made it to another platform, to make a small pre-selection for my retro consumption in PS Plus Premium. I was shocked how many games are affected. In addition to well-known examples such as God of War: Ascension, Little Big Planet, Resistance or MotorStorm, there are also quite interesting insider tips such as the survival game Tokyo Jungle, the Nier predecessor Drakengard 3 or the fairytale RPG Folklore.

However, the PS3 era is “only” a decade ago, and much less has survived from the previous generations. The storage and documentation of games is very patchy before the turn of the millennium. To a large extent, publishers or studios no longer exist, games were disparagingly viewed as toys, as Kojima also describes, or there was simply a lack of the necessary awareness of digital media. The cost factor was also completely different compared to today – one gigabyte of hard disk storage cost significantly more over 20 years ago.

That’s why I’m so glad that some companies are now taking on a pioneering role when it comes to catching up on past omissions.

Microsoft started working on a high-performance emulator for Xbox Classic games even before the Xbox 360 was released. But the company outdid itself with the Xbox One. Not only was an emulator presented that is perfectly compatible with hundreds of Xbox 360 and Xbox Classic games, the emulated titles even run with numerous graphical improvements such as higher resolution or sharper textures.

Even an old ham like the hellishly loud first-person shooter Black can still delight today thanks to emulation.

Embracer and Sony have created teams for storage: Recently, the Embracer Group has attracted attention with the acquisition of numerous studios and publishers such as Eidos. But the parent company of THQ Nordic also operates an archive with over 50,000 historical games that are kept for academic purposes, but some are also to be made accessible to the public.

Sony has something similar with that “Preservation Team” before. A comprehensive archive of games is to be created across all PlayStation generations. Whether these will then be sold again and contribute to the development of an emulator remains to be seen. Anyway, I hope it comes to that. After all, I’m willing to pay for legal, easy-to-use emulation. I don’t wish any game to end as a pure meme.

What do you think of Hideo Kojima’s statement? Would you also wish that the gaming industry would take an example from the preservation of classics in the film industry?