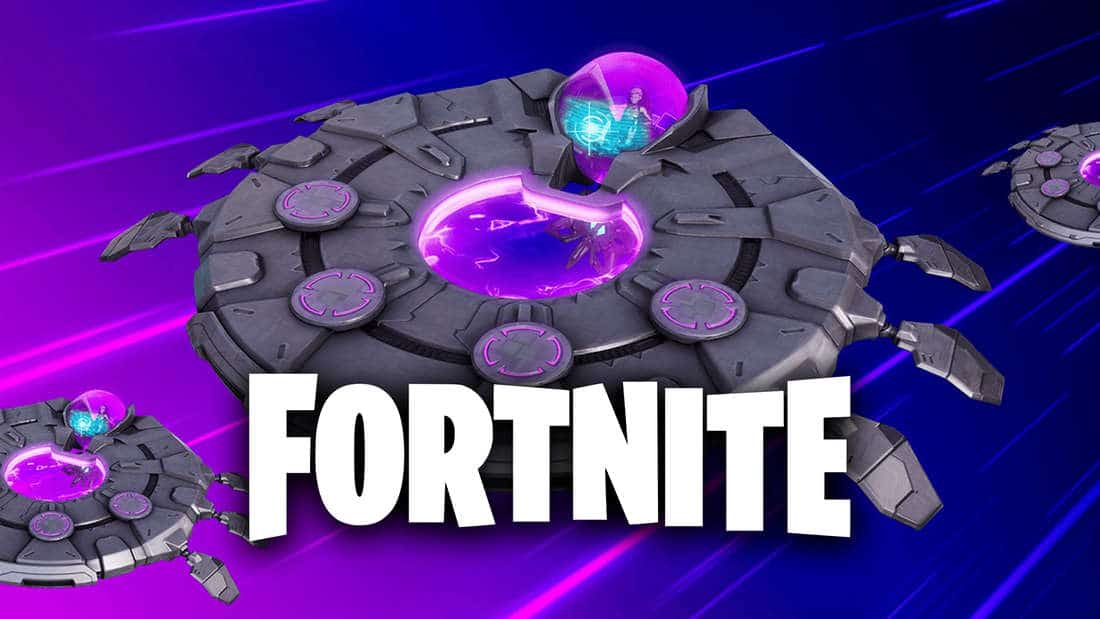 A Fortnite insider has revealed the return of UFOs to battle royale. Fans of the game now fear that the Build Zero game mode will suffer.

Cary, North Carolina – Pretty much anything seems possible in Season 3 of Fortnite. Darth Vader spreads fear and terror as a boss opponent, characters from various anime make appearances and even a skate park is about to be built on the map. Epic Games is apparently pulling out all the stops for the current season. But now UFOs are also supposed to return to the Battle Royale and many fans are worried that what is probably the most popular game mode at the moment could suffer as a result.

Fortnite: UFOs back in Battle Royale – fans fear the flying saucers in Season 3

What exactly are these UFOs? When Epic Games unleashed a major alien invasion of Fortnite in Chapter 2 Season 7 last year, it also brought a much-hated feature to the battle royale. Not only did a giant flying saucer appear in the sky, but players could also swing into UFOs and wreak havoc from the air. As Fortnite Leaker HYPEX now announced via Twitter, the UFOs should return to Fortnite soon. Some fans consider the return an absolute disaster.

Why do the players hate the UFOs? Quite simply put: Even in that season, the UFOs in Fortnite were completely overpowered.

See also  Return to Monkey Island: New Game Clip will bring back memories for you

But that’s not all, the UFOs in Fortnite’s traditional Battle Royale are already extremely strong. There is another detail in the HYPEX leak that is extremely worrying for Fortnite fans.

This catastrophe is to come now: Unless Epic Games spontaneously changes its mind, the UFOs should also go into “zero build” mode, where players would not even have the chance to build in against terror from above. Many fans on Twitter and Reddit are already extremely concerned that the new feature could completely unbalance the actually very popular game mode in Season 3. Like a fan on Reddit writes: “This [UFOs] really don’t belong in Null Bauen… come on Epic, let that be.” However, if the information from HYPEX is to be believed, the aviators will soon be appearing again in Fortnite.

Fortnite: UFOs are said to appear in the game in a few weeks

When are UFOs supposed to come back to Fortnite? On July 20th, HYPEX shared the post about the UFOs on Twitter. It said that Epic Games wants to bring UFOs back to Fortnite in a week or two. So from around the beginning of August, fans can expect to be terrorized from the air in the game – unless they get their hands on a saucer themselves. It would be expected that Epic Games would release another midseason update during this period, which would then unlock the feature.

What else can fans expect in the next few weeks? Lately Epic Games has been bringing new content to Fortnite pretty much every day. Just recently, Update 21.30 was released, which brought back the “Bring a Friend In Game” promotion to Fortnite, which now allows fans to claim exclusive skins. But for the coming weeks it is already clear what else will happen in Fortnite in addition to the UFOs. Another leak recently confirmed Dragon Ball Z skins in Fortnite, through which Son Goku, Vegeta and Beerus will appear in the game.