Geforce RTX 3090 Ti: The customer finds sand instead of a graphics card in the package 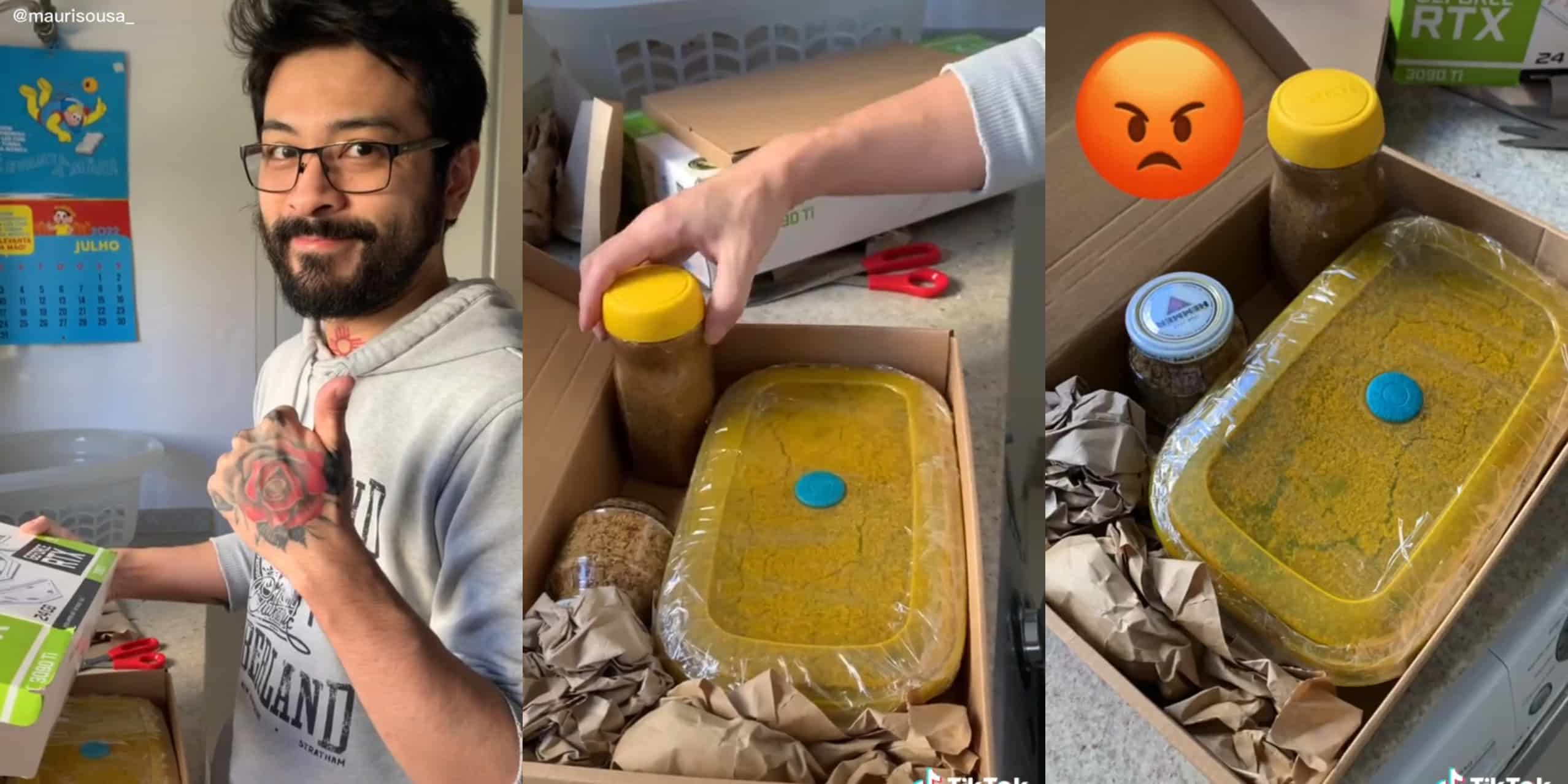 07/24/2022 at 3:30 p.m
from Valentin Sattler –
An Amazon customer in Brazil ordered an RTX 3090 Ti from Palit, but instead of the graphics card, there were containers of sand in the product box. Subsequent communication with the dealer was apparently difficult.

When purchasing a new graphics card, the anticipation is usually great: a new model is often ordered for a few hundred euros, which should enable many hours of fun gaming with attractive graphics over the next few years. Sometimes instead of a new graphics card you get an unusual surprise, as a Tiktok video from Brazil shows.

Sand instead of graphics card

There a man named Mauricio has one Palit Geforce RTX 3090 Ti Game Rock Ordered from Amazon, which was delivered promptly. However, the weight of the unopened product box seemed so strange to Mauricio that he asked his wife to film him unboxing. While the Amazon package itself contained a standard Geforce product box, it did not contain the graphics card that we had hoped for. Instead are in that video posted on Tiktok three containers that were apparently filled with sand to mimic the weight of the graphics card.

The situation is particularly unusual because the graphics card is said to be a new model for just under 2,600 euros, which was not supplied by a dubious third party, but directly from Amazon and thus an established dealer. Apparently, Mauricio didn’t help much in solving the problem: he didn’t get any further with customer support. After several attempts, support even sent him a link to delete his account. Instead, Mauricio eventually files a lawsuit.

See also  Back 4 Blood: Creating a Better World During a Pandemic

Also interesting: To be taken with caution: First Timespy value of the Geforce RTX 4090 [Gerücht]

There was apparently only a serious reaction from Amazon when the Brazilian media became aware of the case and the case became increasingly well known. It is not yet known whether Mauricio has already received his money back or a replacement product. In view of the media reports that have since appeared, however, it can be assumed that Amazon will try to find an exchange.