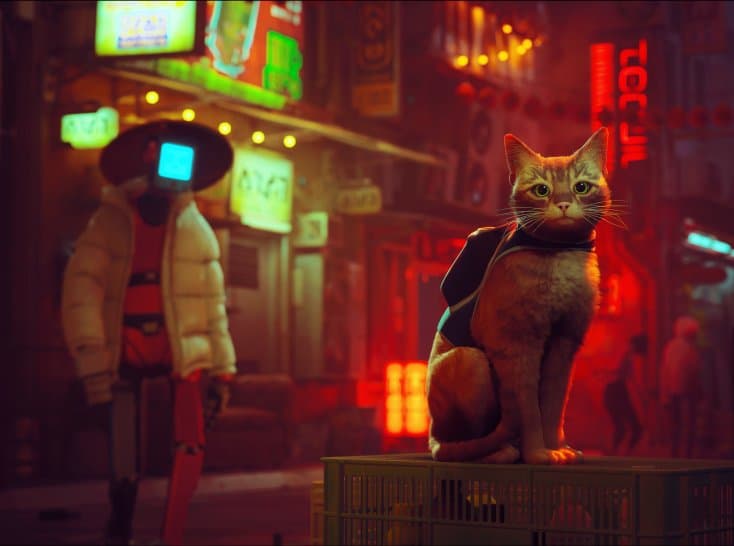 07/24/2022 at 2:45 p.m
from Michael Miskulin –
Introducing a few mods for the Steam hit Stray. Here you will find modifications for black cats up to more photo realism in the cat adventure.

The cyberpunk cat game Stray was only released a few days ago on July 19th, but it is very popular – not only as a Steam hit, where the title can impress with an impressive number of players, but even with real cats!

With such popularity, it was only a matter of time before modders jumped on the stray game. And actually have on the website NexusMods quite a number of modifications have already been made – and there are more every day. We have selected a few special mods that we would like to present to you.

Actually, the cat from Stray (buy now €39.99) an orange-brown field, but with the mod Black cat with white mustache you get exactly that: a black cat with white whiskers – and the whiskers even change on all the cats in the game. Other fur types are generally in high demand for Stray Mods, after all everyone wants their very own favorite cat immortalized in the game. Or you can use the mod right away Garfield- Cartoon Edition and plays as a lasagna-loving cartoon cat.

If you want a little more “photo realism” for Stray, you can also achieve this via mods. the mod Photorealistic Presets v1.0 is a reshade preset where the goal is to achieve a more realistic staging. You shouldn’t expect great miracles here, but a little fine-tuning to your own taste can’t hurt. the mod Simple Realistic 3D for Stray tries something similar and tends to ignore big changes. Browsing through NexusMods can only be recommended at Stray!

See also  The Quarry's tech shines on PS5 and Series X, only the Series S worries us