New survival MMO turns you into a dinosaur, lets you fight for food and partners with 200 players 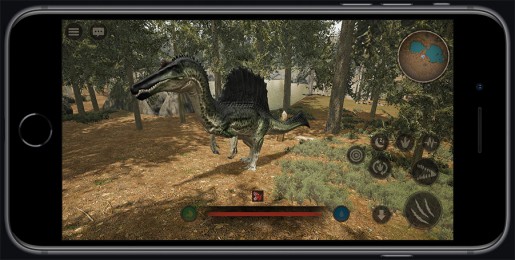 In the new MMO Path of Titans you don’t fight dinosaurs, but become a primeval lizard yourself. The beta for the MMO will start next week.

In games like ARK: Survival Evolved you breed big dinosaurs, make them your mounts and fight your opponents with big constructs. But the game “Path of Titans” turns the principle on its head.

Because instead of breeding dinosaurs, you slip into the role of one of these giants and have to take care of food and co.

And you are not alone in this. 200 other players have the same interests as you, which is to survive in the primeval wilderness. You can team up or travel the world as a loner.

You can get a first impression of Path of Titans with the following video:

In new MMO you become a giant dinosaur yourself

What exactly are you playing there? The developers have made it their goal that life as a dinosaur should feel particularly realistic in their game. You slip into the role of carnivores or herbivores, each with their own characteristics and abilities. So instead of worrying about dinosaurs like in Jurassic Park, you’re one of them yourself.

The manufacturers are open their website already explained which features you can find in the game:

The active mod support from the developers should be exciting for many users. The team at Alderon Games aims to make the tools freely available so you can build your very own dino adventure.

In addition, there is extensive support for various platforms. You can take care of your dino on your PC, Xbox, PS4/PS5 or mobile phone so that it doesn’t starve or is eaten by its colleagues.

When can you try the game? The team at Alderon Games has announced that the closed beta is set to launch on July 27th, 2022 across PlayStation, Xbox, PC and mobile. If you buy the game in the official shop for around 30 euros, you will have access to the beta and the game as soon as it is officially released.

The best survival games for PlayStation, PC and Xbox that you can play right now