Pokémon GO just lost what made it so good 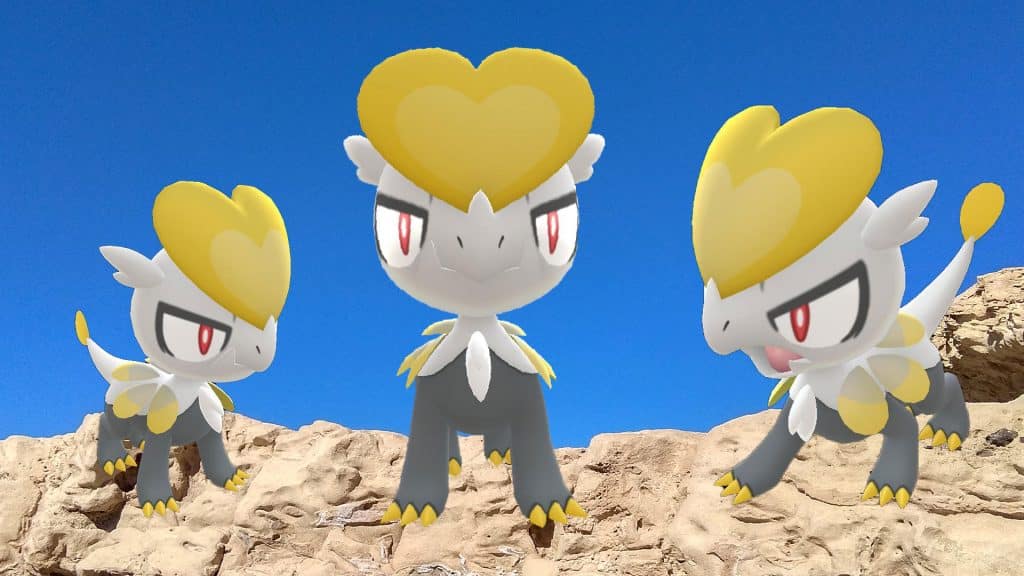 Pokémon GO is a special game that brings players together in its best moments and creates great experiences in the real world. But the original magic of the game is gone – and only very, very rarely comes back, says MeinMMO author Max Handwerk.

When Pokémon GO came out, it did something that few video games do: it made headlines outside of the gaming world.

All sorts of people had an opinion on the big trend that was sweeping the world in the summer of 2016. To the huge groups of trainers that populated parks and launched veritable catch campaigns from streetcars. To all the people running all over the place because a dragoran had appeared on some corner.

For a few weeks, Pokémon GO was more or less ubiquitous.

To this day, I’m a bit sad that I missed that hype back then – because my outdated smartphone actually wasn’t able to play this game. It only started for me in February 2018.

But even though I missed PoGo’s “big” early days, the game grabbed me. Because it was just so much fun to walk out the door and be surprised. Because there was always something exciting to look for.

I was happy about every monster because it was either new or brought me closer to the next development. It was only weeks later that I met Relaxo for the first time and it took me forever to catch it. On my first raid, I found myself standing around a restaurant with 15 people – only to not catch the legendary Rayquaza in the end. These things have stuck to this day.

See also  PSVR 2: The first photo of Sony's VR headset in the wild is here

If you start new with Pokémon GO, you simply have a lot to do and, above all, to discover. It’s worth going out and looking for. Unfortunately, this decreases over time – and the game hardly manages to surprise you anymore.

None of the other features are as good as new monsters

First of all: I am fully aware that it is now 2022 and the game is six years old – and that I have been involved for four years. Compared to other games, that’s a very long time and probably an art in itself that it keeps you on the ball for so long.

At the same time, Pokémon GO, as a live service game that constantly brings new content, is not a game that claims to be “played through”. Nevertheless, it feels like this to me now: played through.

While I used to go out motivated every time to discover something new, Pokémon GO actually only brings more of the old. I don’t know how many Staralili I’ve seen and caught. In any case, there are enough.

What has changed? Monster generations that you could look for in the “wilderness” are no longer brought in at once. Instead, there are bits and pieces of one or two new monsters for events, which you then caught directly after 20 minutes of wandering around. You can then grab them umpteen times and develop them – then that’s it.

There is no longer a “discovery” mode in Pokémon GO, so to speak, but only targeted searching, catching, improving. And that’s kind of a shame.

See also  According to insiders, Avatar: Frontiers of Pandora will be released in 2022

Sure, there are rare exceptions like Miniras, or earlier Milza and Kaumalat. And I don’t want to deny the game that it makes you happy when you find something like that. At the same time, however, they are so rare that such moments hardly ever occur. The same applies to shiny monsters.

Stepping out the door and being surprised – Pokémon GO basically only manages that very, very rarely. Instead you go out, catch more of the same and end up wondering what for.

Of course, Pokémon GO also has a lot of other features that I can get something out of. Raids, PvP league, Team GO Rocket, leveling – a lot has happened since the release and it’s all nice. But it’s not the core of the game.

For me, Pokémon GO was primarily special because it is a collecting game that invites you to discover. The only problem with collectible games is that when you pretty much have everything, they eventually become stale. And that’s how Pokémon GO looks to me now: Like a Panini sticker album that’s 99% full. And at some point I wouldn’t buy sticker packs anymore.

What is the solution? It’s difficult, I’ll admit that. How can you again surprise players who have basically already found everything? It would be conceivable to simply throw a whole generation of new monsters into play at once. This was still the case with the 2nd generation. Or at least 20 to 40 monsters again.

You could then hide them in different places instead of being tied to temporal factors such as events. So it’s worth looking in the forest or by the lake again instead of waiting for the next event and then collecting the special spawn. At the moment it feels more like finding the same thing everywhere.

See also  Valve reveals the release date of its Steam Deck console, so you can get it

But that’s not how Pokémon GO seems to work these days. Instead, there are usually only a few new monsters at events or special Pokémon that you can then look for in raids. The hunt for such monsters is then – mostly – done quickly.

At the same time, it is also clear that Niantic cannot simply release all possible monsters at once. Because what do you bring into the game afterwards, apart from new versions of the old one?

how do you see it? Is the collecting factor in Pokémon GO so important for you – or is it not a problem for you at all? Are the other features in the game enough for you, do you think there is still enough to discover? Tell us in the comments!