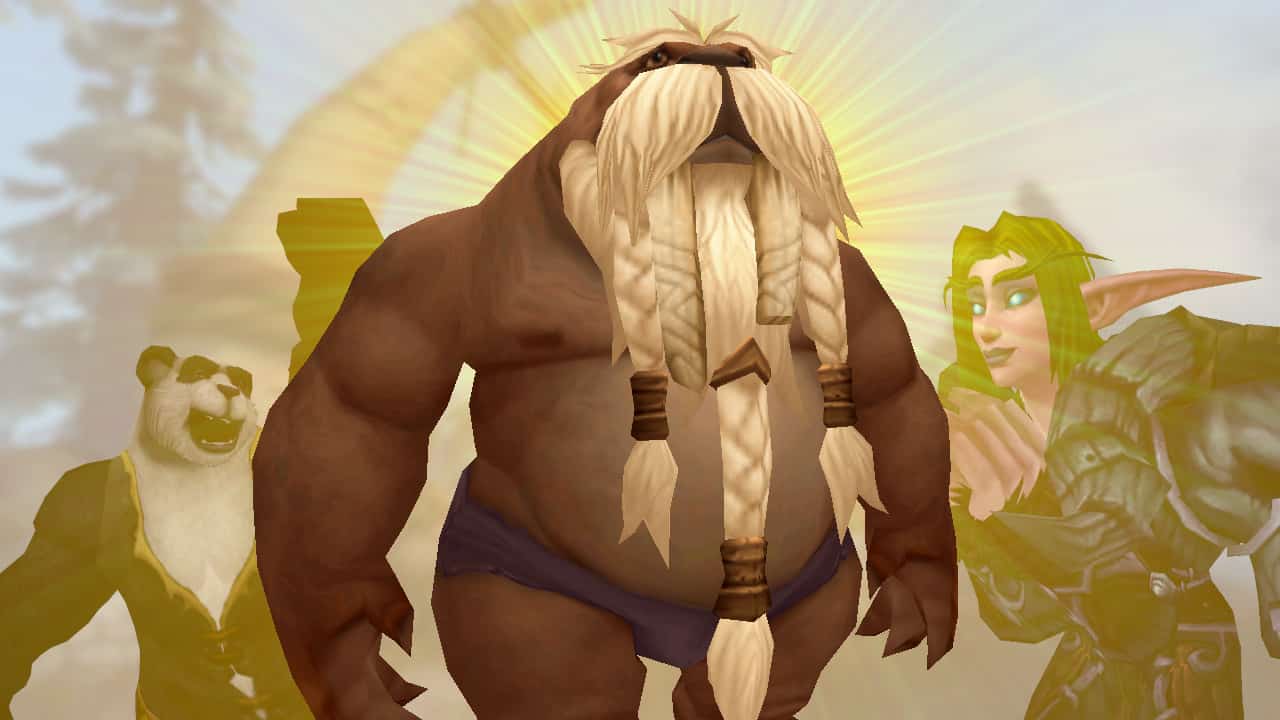 Ever since WotLK, many fans have wanted to play the Tuskarr in World of Warcraft. Apparently this is possible with Dragonflight – but with a big snag. Because they will probably not become a real people at first.

What kind of people is this? The Tuskarr appeared in World of Warcraft 2008 with the release of Wrath of the Lich King. Reminiscent of walruses, the anthropomorphic people are traditionally rather plump and live on the icy shores of the north.

For as long as they have existed, players have wished they could choose them as a race. They would be particularly suitable as hunters, but also as druids with special saber-tooth shapes.

Ever since the Allied Races came into being in Battle for Azeroth, the desire has reawakened. There are even their own Wiki Entries to the Tuskarr as a playable race, even if they never appeared.

With the new Dragonflight expansion, the Tuskarr get a visual overhaul with a new look and finally female versions as well as children and their own mounts.

on reddit the rumor mill has been simmering since April. In fact, as the latest Alpha, we know you can play as Tuskarr – just not as a real race.

Not all revisions are well received. Fans hate what happened to the big villain Hogger. What you need to know about the upcoming Dragonflight expansion, we tell you in 3 minutes in the video:

Cooking makes you a tuskarr – but only briefly

How to become a Tuskarr: Cooking is included in the latest Dragonflight Alpha build. Professions are getting a major overhaul in Dragonflight, including cooking.

One of the new desserts in the game are walrus muffins. The description just says, “Yummy…?” If you eat a muffin, you’ll get a buff for 20 minutes that turns you into a tuskarr. That’s what the colleagues from wowhead out of here.

Unfortunately, we haven’t been able to test what this looks like yet, because the recipe requires buttermilk, which we can’t currently buy. It definitely goes well with the crazy alchemy potions from Dragonflight.

What we were able to test, however, was the new Rufer class for a full 7 hours. This is bound to the new race of Dracthyr. We have included gameplay for the Rufer for you here:

While something similar has happened before with toys, the tuskarr now play a bigger role. They have new architecture, new models, and their own faction mounts—everything an Allied Race needs.

We don’t know if the Tuskarr will really come as a playable race. Fans suspect they would hardly have gotten such a major overhaul just to stand around as NPCs. They hope the same from the naga.

If the Tuskarr don’t tell you anything in the original: WotLK Classic should be released in 2022, according to the leak already on September 26th. You can take a close look at the comrades with the big tusks.

You can get an idea of ​​​​it yourself at the latest with the release of Dragonflight. The release should happen in 2022, estimates are currently for November. However, there is no specific date yet.

MeinMMO editor Benedict Grothaus is definitely satisfied with the tests so far: