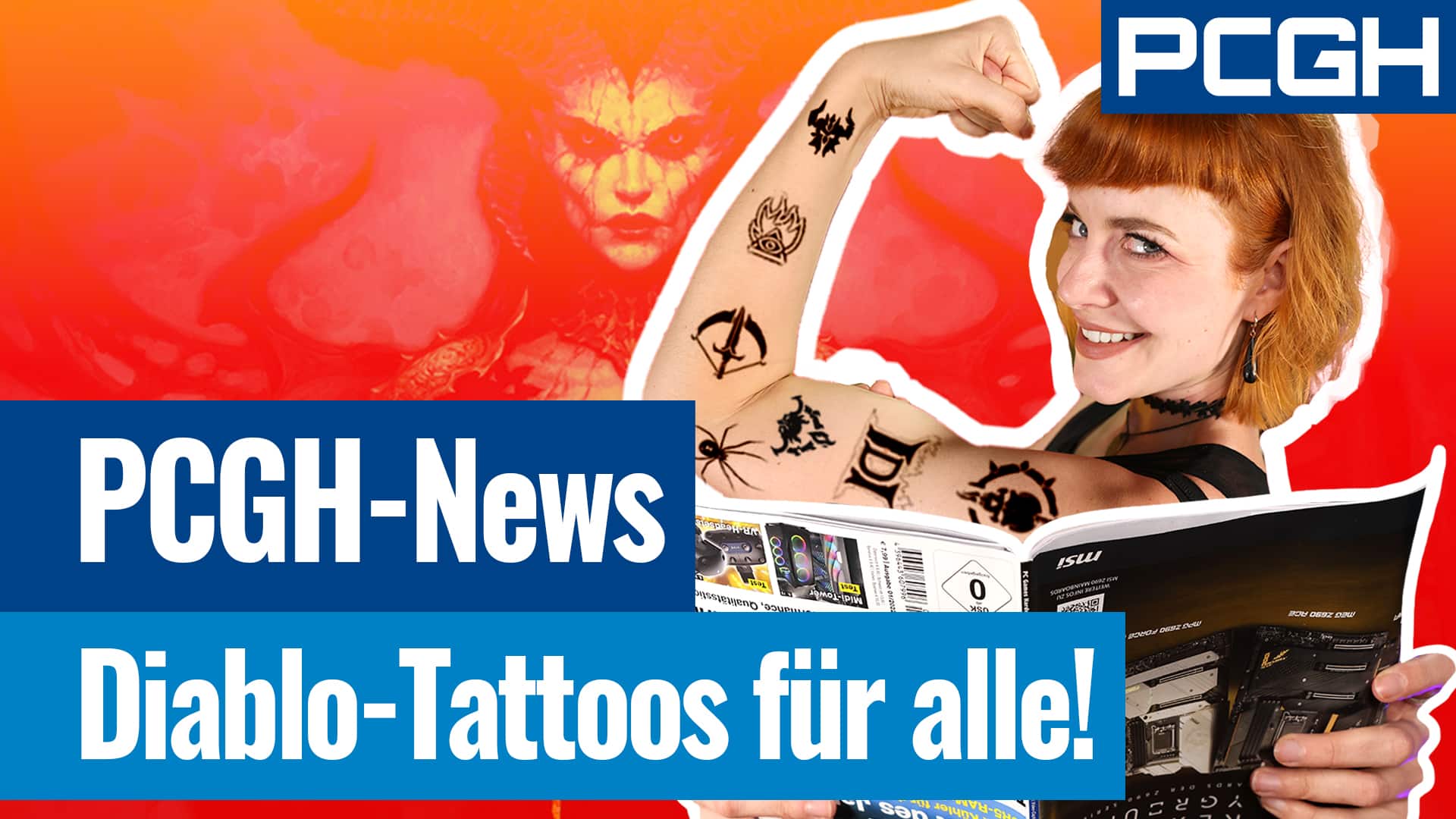 07/25/2022 at 09:01
from Leo Smith –
Netflix continues to crack down on account sharing and is testing a new strategy in Latin America. The first engineering sample of the upcoming Core i9-13900K has – allegedly – been tested in games. Blizzard is giving away tattoos as part of a promotion for Diablo 4. In addition, dealers have massive problems due to excessive stocks of RTX 3000 graphics cards. Introducing the PCGH News of the Week!

Now Netflix has a new move planned to make you pay for account sharing. The company will remain in Latin America and would like to start the next test run in Argentina, El Salvador, Honduras, Guatemala and the Dominican Republic. Beginning August 22, Netflix customers will have to pay a small additional monthly fee if they want to use the streaming service on TVs that are outside of their home.

After more than two years of graphics card shortages, dealers and board partners no longer know what to do with their RTX 3000 stocks. According to the Youtuber “Moores Law is Dead”, inventories are currently so high that Nvidia companies no longer want to buy new graphics cards until the situation calms down.

After there have only been synthetic benchmark values ​​for the Core i9-13900K so far, the Asian reviewer is now adding: There is a whole range of gaming benchmarks with comparisons to the Core i9-12900KF. It should still be the engineering sample that has been causing reports for some time. In the synthetic benchmarks a few days ago, the CPU delivered 10 percent more single-core performance and 35 percent more multi-core performance. In practice, the added value usually looks a little different and so a different picture emerges in games. The lead is shrinking, with outliers in specific scenarios.

Blizzard has developed a curious promo tour for Diablo 4. At the DiabloHellsInk Worldwide Tour, Diablo fans can get a free tattoo and even get free beta access and a free key to the upcoming action RPG.

The worldwide DiabloHellsInk tour will soon also be on the road in Germany. Blizzard states on the official website that the tour was created to celebrate the 25th anniversary of Diablo and to honor the fans. In addition to the tattoo, fans can get guaranteed beta access and even a free Diablo 4 key.