Pokémon GO shows hyper bonus with new monster & shiny – when is it coming? 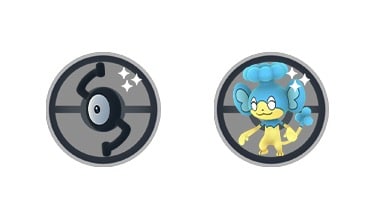 The Hisui event is coming up in Pokémon GO. This is now being spiced up again because trainers were able to unlock the new hyper bonus over the weekend.

What is a hyper bonus? Last weekend the local “GO Fest” took place in Seattle, but there was also a global challenge for all trainers around the world. This read: Compete in a total of 15,000,000 raids.

This task was successfully completed over the weekend, unlocking the so-called “Hyperbonus”. This is now used in the “Hisui Discoveries” event and provides it with a few extra bonuses.

We show you here how the event will be improved.

Hisui-Washakwil makes his debut – Even dazzling

This is the monster: Washakwil is already known from Pokémon GO, where it is the further development of Geronimatz.

But now the Hisui variant of the great eagle comes into play – the version known from Pokémon Legends: Arceus. The monster will be available in raids for the first time.

There is a new raid tag under the motto “Hisui discoveries.

Even more bonuses with the Hyperbonus

These bonuses are added: Besides Hisui-Washakwil, Unown S will also appear in raids during the event. There is also a chance of hitting a Shiny here, but the rate is not increased.

In addition, the regional Pokémon Sodamak is also used in raid battles worldwide, which can also be found as Shiny.

It belongs to the regional trio of monkeys, and you usually only come across Grillmak in this country. A promising chance to grab the regional monster – even if it’s not one of the best attackers in Pokémon GO.

Overall, the event now brings some opportunities for shiny hunters. Do you like the bonus? Tell us in the comments!

As far as events go, Pokémon GO is unlikely to shut down in the future. The developers of Niantic recently discussed what is planned for the future in an interview.