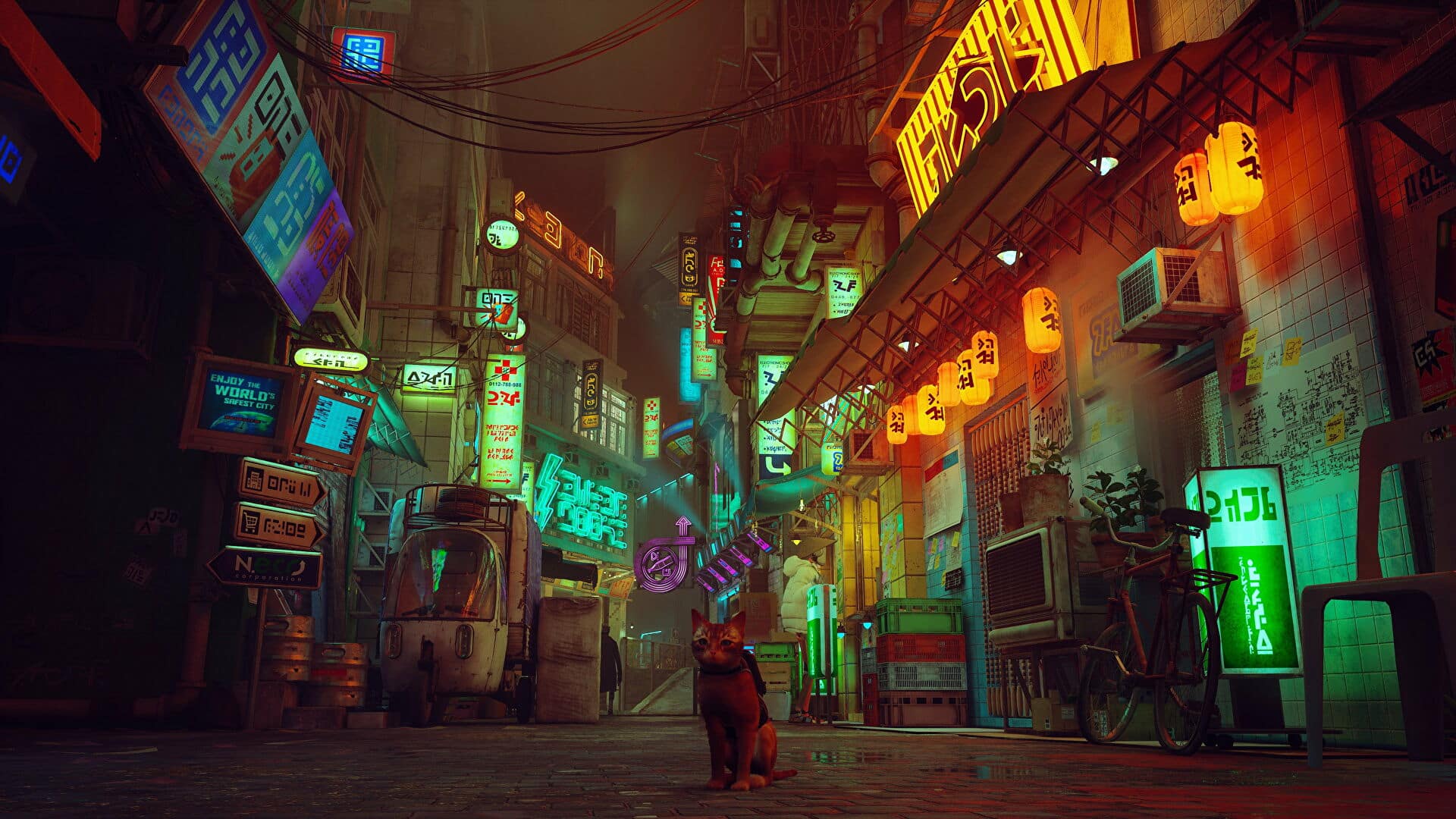 Looking at signs in open-world catventure Stray makes me think I’m due for an eye-test. The code language in the game appears a lot like something that should be legible, but it’s not. At least, not straight away anyway. Luckily, these things don’t ever stay cryptic for long. HalfGlassGaming’s Josh Wirtanen has proffered a handy guide to how to read the chapter titles, signs and music sheets, with help from the growing Stray community.

You can find out how to read the code here. Stray’s code language is a substitution cipher then. Each letter of the Latin alphabet is replaced with another symbol, although there seems to be a few different symbols for P and E. Not everything written in Stray does make sense though. Wirtanen points out that signs that appear hand-painted are reused for a variety of meanings, and sometimes rotated, so they don’t seem to have any real sense to them.

The code in Stray seems like more of a stylized futuristic font than anything else. It’s a nice touch that adds to the feeling of playing as an animal that can’t understand human language, but leaves things familiar enough that it’s almost readable to players. If you can’t be fussed to translate it on the fly yourself then there are always mods to turn to – one’s already up on NexusMods here, which replaces the gobbledegook script with the Latin alphabet. Purrfect.

Katharine gave the game a Bestest Bests in her Stray review. “Stray’s production levels as a whole are phenomenal,” she said. “The atmospheric lighting and attention to detail in this densely packed city makes it feel like a natural, living, breathing environment, and its population of exquisitely animated androids are imbued with a real sense of warmth and humanity.”

Stray is on Steam for £24/$30/€27. I’m looking forward to the inevitable sequel where you play as a lost puppy.