WoW Dragonflight brings a world where murlocs have won everything 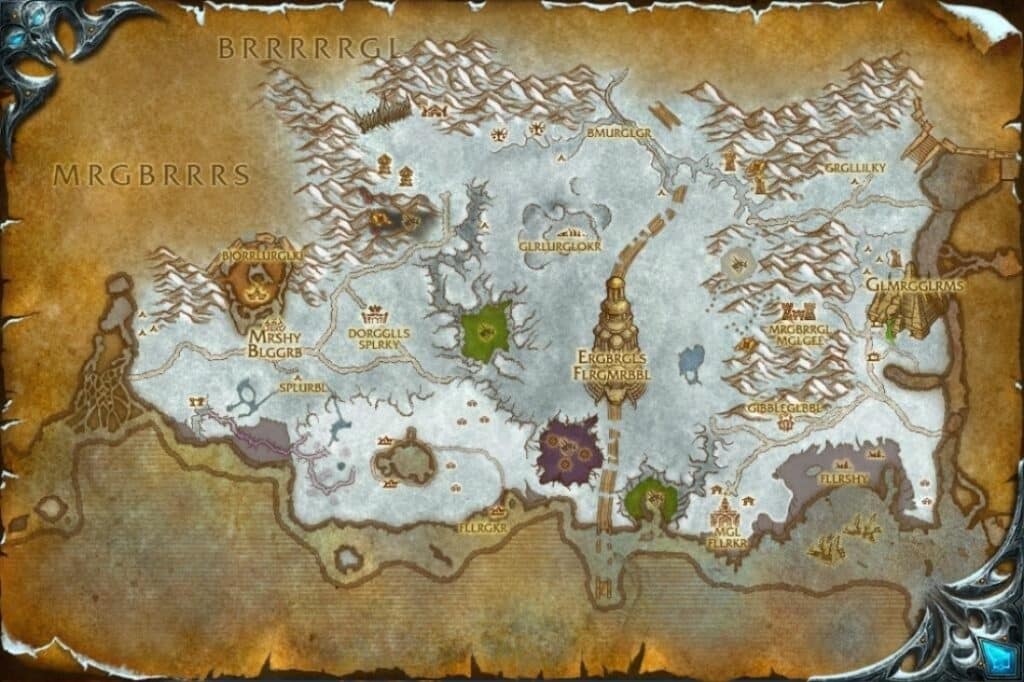 The World of Warcraft without heroes, but overrun by murlocs. That’s what we’ll probably see in Dragonflight.

The fact that the World of Warcraft is what it is today is largely due to the rich history of the Warcraft universe. Countless conflicts, invasions of demons and other cosmic powers, huge wars and errors in the use of magic shaped Azeroth. But what if some details in the story had gone differently? This is exactly what Blizzard seems to want to explore with the new Dragonflight expansion, bringing a world ruled by murlocs. At least it looks like it.

What was found? When it comes to data mining, people from wowhead Spotted some interesting maps that are said to be related to a new feature. The most notable is a card that belongs to “Azmerloth”. This is a map of the Dragonblight, but with some worrying changes: All locations have been given a “Murloc name”, as you can see on the map:

A few examples of renaming:

What does that belong to? That’s not entirely clear yet. So far, these maps are only found in the game files and belong to a feature that is currently still called “Grand Adventure Time” (“time of great adventures”) – but that could still be an internal name and not final. So far, this feature has included several cards, all of which are already in the game in one way or another. There are:

What could that be? The most obvious thing is that this is a new time travel feature in conjunction with the bronze dragons. Because the first 4 events (Black Empire, Pandaren Revolution, War of the Sandstorms and the Gnoll War) are important events in the past of World of Warcraft. Had any of these events gone differently, Azeroth would probably look very different today. So it’s conceivable that characters will have the opportunity to experience these events in a kind of “flashback” – similar to the scenarios and stories back then in Mists of Pandaria.

The story of “Azmerloth” or the “Morning of the Primalists” could then in turn be alternative timelines, for example by one of the events ending differently – for example the murlocs have become the dominant, rational species on Azeroth.

In any case, this story already sounds interesting, although so far only a few cards are known about it. Let’s hope the next few weeks will reveal more about this in Dragonflight Alpha and Beta…

Also interesting: If you want to troll your fellow players in Dragonflight, you have to play Dracthyr…