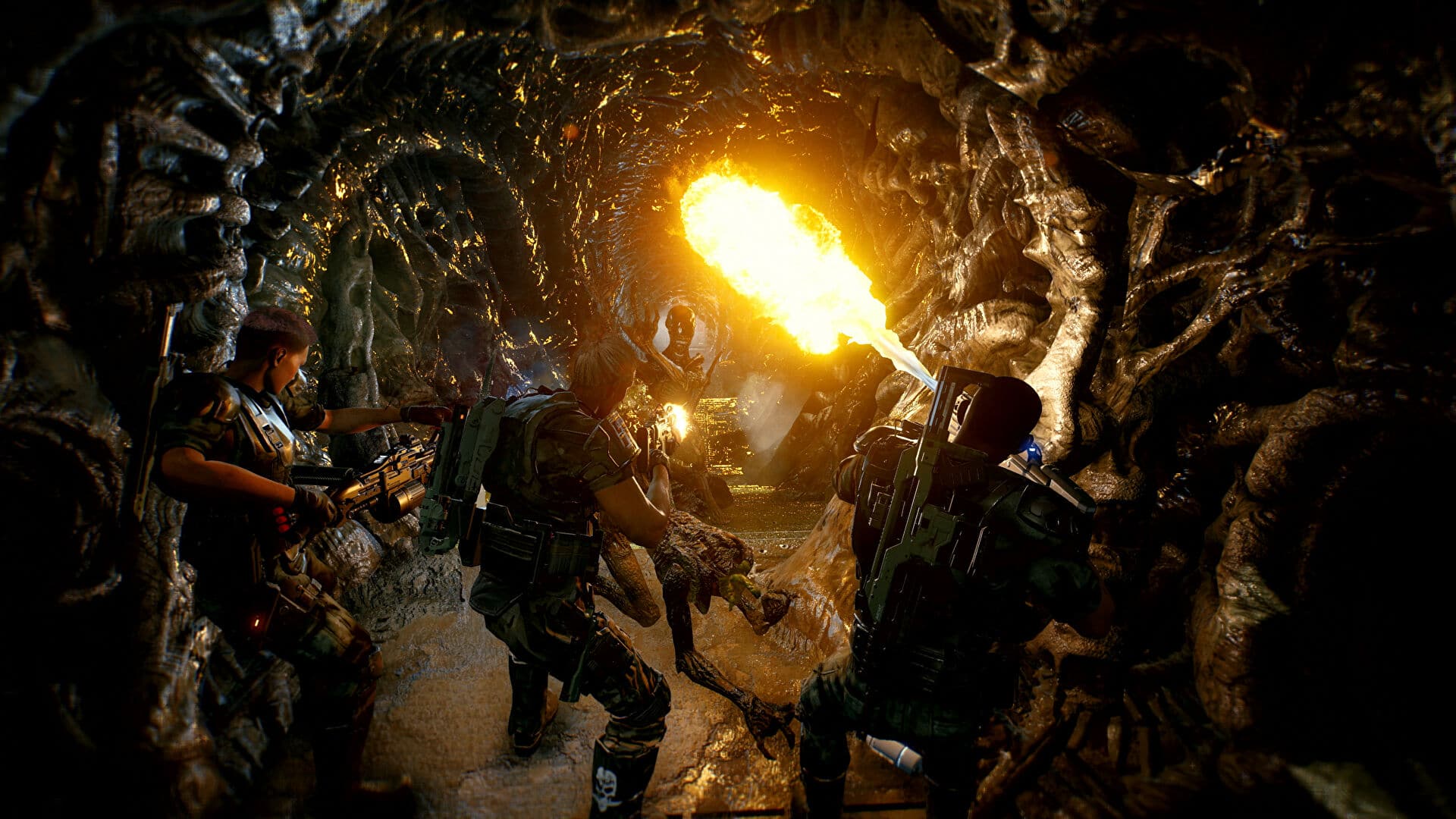 Aliens: Fireteam Elite’s season four kicks off today, and there are substantial new features to tempt you back to the co-op stand up fight. That includes crossplay, a new ‘prestige’ progression system that starts when players reach level 20, and a new game mode.

Here’s a trailer for the new season:

Let’s talk about the new game mode first. In the unimpressively named “Restock Turrets”, you have to keep your turrets restocked so they can keep firing on “Xenomorphs coming from every direction.” It’s a little extra maintenance work on top of your own efforts to fight waves of aliens, but also the kind of task that encourages proper collaboration with pals.

If you’ve already exhausted everything Fireteam Elite has to offer, the new Prestige ranks might resume the endorphin drip of reward. Once you reach level 20, experience points go towards your prestige rank, which runs from 1 up to 100. Every 10 ranks will unlock new outfits, gun colours, decals, emotes, and so on – although really the idea is that the ranks are for bragging rights by indicating how much you’ve played the game.

Crossplay should be self-explanatory by now, as more and more multiplayer games offer it. In brief, it lets players on Steam, Xbox and PlayStation play together across all game modes.

Season four is out now and also adds new weapons and a handful of other tweaks, which you can read about in full on the Aliens: Fireteam Elite site. The release of season four also brings the game’s Year One roadmap to a close. The next piece of content on the cards is the pathogen expansionwhich is paid DLC which adds a few new story missions.

The general consensus on Aliens: Fireteam Elite from pals who’ve played it is: ‘hey, this is alright!’. It’s a solid and unremarkable good time – but expressed with a sense of surprise, because the same can’t be said of a lot of other Aliens games.