Creator of the YouTube hit “7 vs Wild” is making a big splash on Instagram, railing against everything and everyone 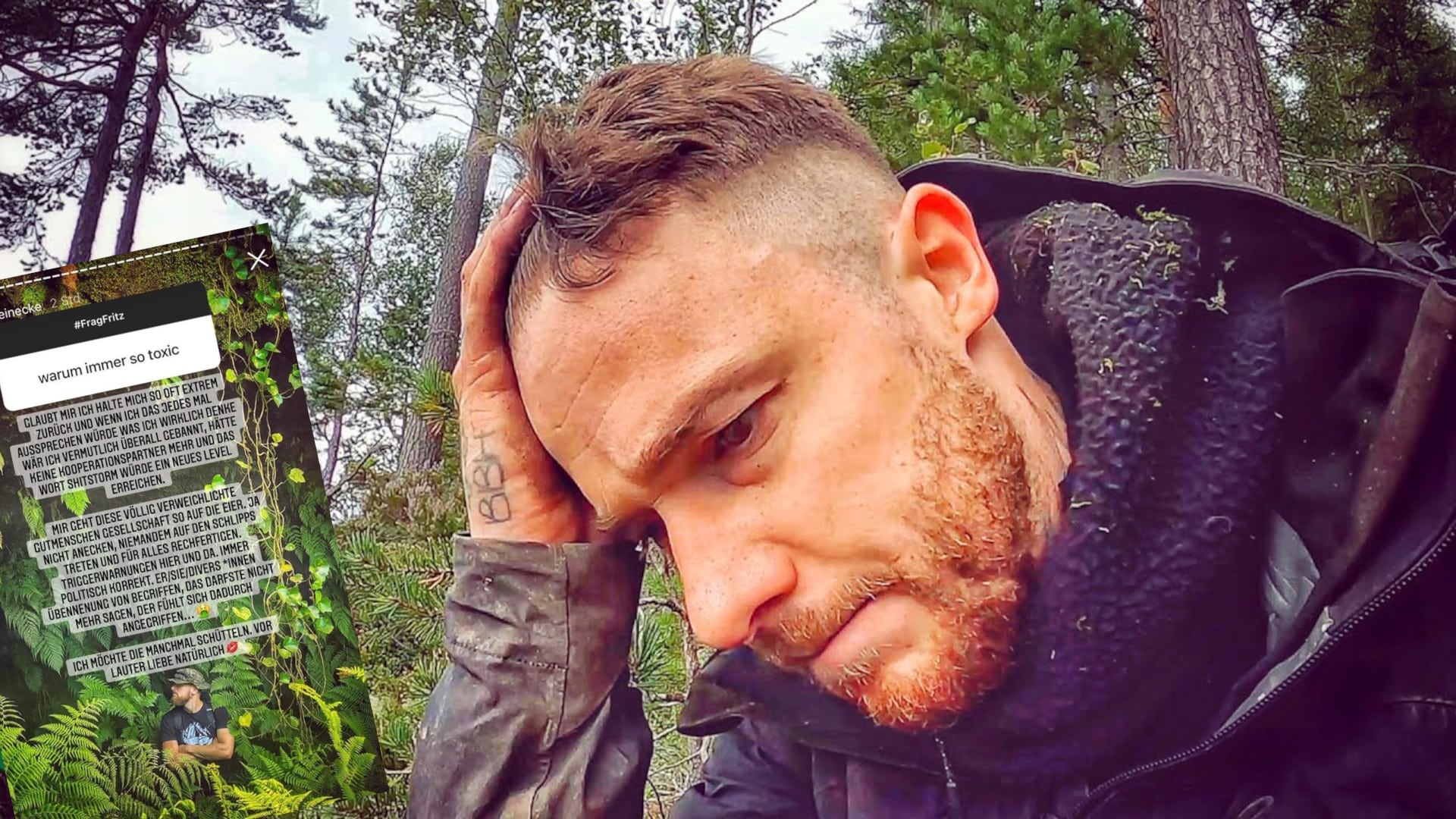 The German adventurer Fritz Meinecke had great success with his survival show “7 vs. Wild” on YouTUbe, but always ran into controversy. He responded to a request in this regard with a rant on Instagram and really got into it.

Who is Fritz Meinecke?

This happened: Meinecke has been repeatedly criticized since mid-July. During a bike ride in Hungary, he insulted a woman sexistically and used her face as a thumbnail for a YouTube video. (via PlayCentral)

During a question and answer session on his Instagram channel on July 25, 2022, he received the message “why is it always so toxic”. Meinecke, who is currently on a tropical island, responded with a rant.

Meinecke opened his tirade by saying that he was often extremely reserved. If he really said what he was thinking, he would probably be banned everywhere. So what we’ve seen so far is just the tip of the iceberg.

Why is he so reserved? Meinecke also gives one reason for his supposed reluctance: If he said what he really thinks, he would probably no longer have any cooperation partners. He also fears “a whole new level” of the word “shitstorm”.

Apparently he has the feeling that he can no longer express himself freely. You shouldn’t offend anyone anymore, you have to justify yourself for everything. He finds clear words for this and accompanies the whole thing with a puking emoji.

This completely effeminate, do-gooder society really gets on my nerves. […] Always politically correct.

What exactly is bothering him? Meinecke goes even further and comments on topics that are often discussed very emotionally. These include trigger warnings and so-called gendering. He doesn’t seem to think much of either, nor of political correctness as a whole.

Now the anger over Meinecke’s statements is boiling up

These are the reactions: The post went viral on Twitter, where it was shared by Rocket Beans TV host Simon Krätschmer with the caption, “Is that this 7 vs. child?” A discussion quickly arose under this and other posts. (via Twitter)

On the one hand, like-minded people have their say. They think Meinecke is particularly authentic because he obviously speaks from their hearts. “I think & say exactly the same thing all the time,” says a Twitter user. (via Twitter)

What the critics say: Criticism rains down from the other side. Again and again it is mentioned how many sensitive topics Meinecke can accommodate in a single post. Twitch streamer Kim alias freiraumreh sums it up:

How do I best wrap gender, toxic masculinity, trans, sexism, trigger warning, soft society and ‘I’m still a man with real balls and I can’t express myself freely’” in a slide?

Others are bothered by the apparent double standards. So it is Meinecke himself, who apparently cannot take criticism and feels directly attacked.

See also  Atmospheric cosplay of Yennefer from The Witcher

Some are already announcing that they no longer want to watch the second season of “7 vs. Wild” and are questioning the participation of Internet personalities who would otherwise actually advocate completely different values. (via Twitter)

Both sides feel encouraged by the statements of the other party. Those are exactly the people it’s about.

Between the fronts, there are also some more neutral voices. You don’t think the statements are good, but that’s nothing to get excited about, it says. (via Reddit)

Therefore the statements are problematic: With his most recent actions, Meinecke takes up many exciting topics: such as trigger warnings and gendering. There are people for whom these things are very important. Others find them redundant and annoying.

Opinions on these issues vary widely and polarize society. A few weeks ago, Fynn Kliemann, who complained about the “Woke left scene”, had to realize what explosiveness was behind it.

Even if Meinecke himself has not made any such statements directly, he takes up content that often appears in homophobic, transphobic, sexist or discriminatory contexts.

For many people, phrases such as “do-gooders” and “you can still say that!” have negative connotations.

Meinecke also alludes to a fear of self-censorship: If he says what he thinks, he could get in trouble, so he has to hold back all the time.

The trouble could be the loss of cooperation partners or the cancellation of participants in his show.

So far there have been no official statements from the participants, but participant Scarletnova liked a post on Twitter that at least expressed a lack of understanding about Meinecke’s statement. It remains to be seen what the consequences will be for the show.

See also  A legendary co-op building game offers you hours of fun for two, far away from the cold winter

Not only Fritz Meinecke is currently polarizing with controversial statements. Kickboxer and streamer Andrew Tate also repeatedly shocked with misogynistic statements. Now he should help a 17-year-old to impress a girl of his own age. However, that went horribly wrong.