PlayStation VR2 lets you see your surroundings with the headset on 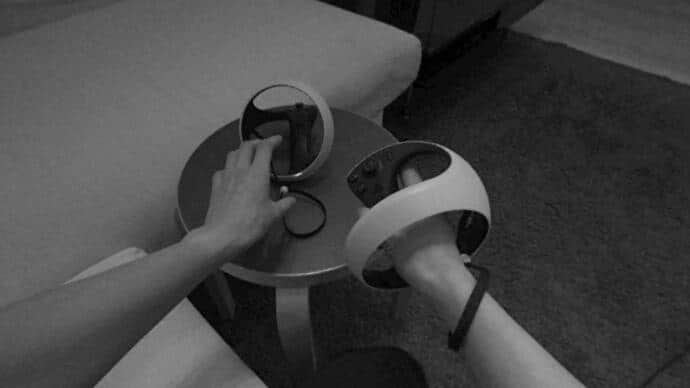 Sony has released new information about PlayStation VR2. These primarily deal with the user experience of the VR headset.

Among other things, there will be a pass-through view and you can transfer yourself while playing.

Keep an eye on your surroundings

PlayStation VR2’s pass-through view allows you to see your surroundings while wearing a VR headset.

Simply press the function button on the headset to view your surroundings through PSVR2’s front cameras. “Through view is for viewing only, so there’s no recording function,” Sony says.

You can also film yourself while you play using a new broadcast feature by connecting an HD camera to the PS5.

“This is a great way to show off your moves and reactions during a boss fight, while also sharing what you’ve experienced with your fellow players!” Sony says. We might also see people running into the wall, who knows?

You can use the Sense controllers and the integrated cameras to adjust the play area of ​​the headset.

The cameras scan the room, then you can use the Sense controllers to expand the play area if you wish, adapting everything to suit your own play style and room environment. If you move too close to the set limits while playing, you will get a warning.

There’s also a cinema mode that displays the “PS5 system and UI, plus all non-VR mode content and media content, on a virtual cinema screen.” Again, you can see everything in HDR video format, but in a resolution of 1,920×1,080 and 24/60 Hz and a frame rate of 120 Hz.