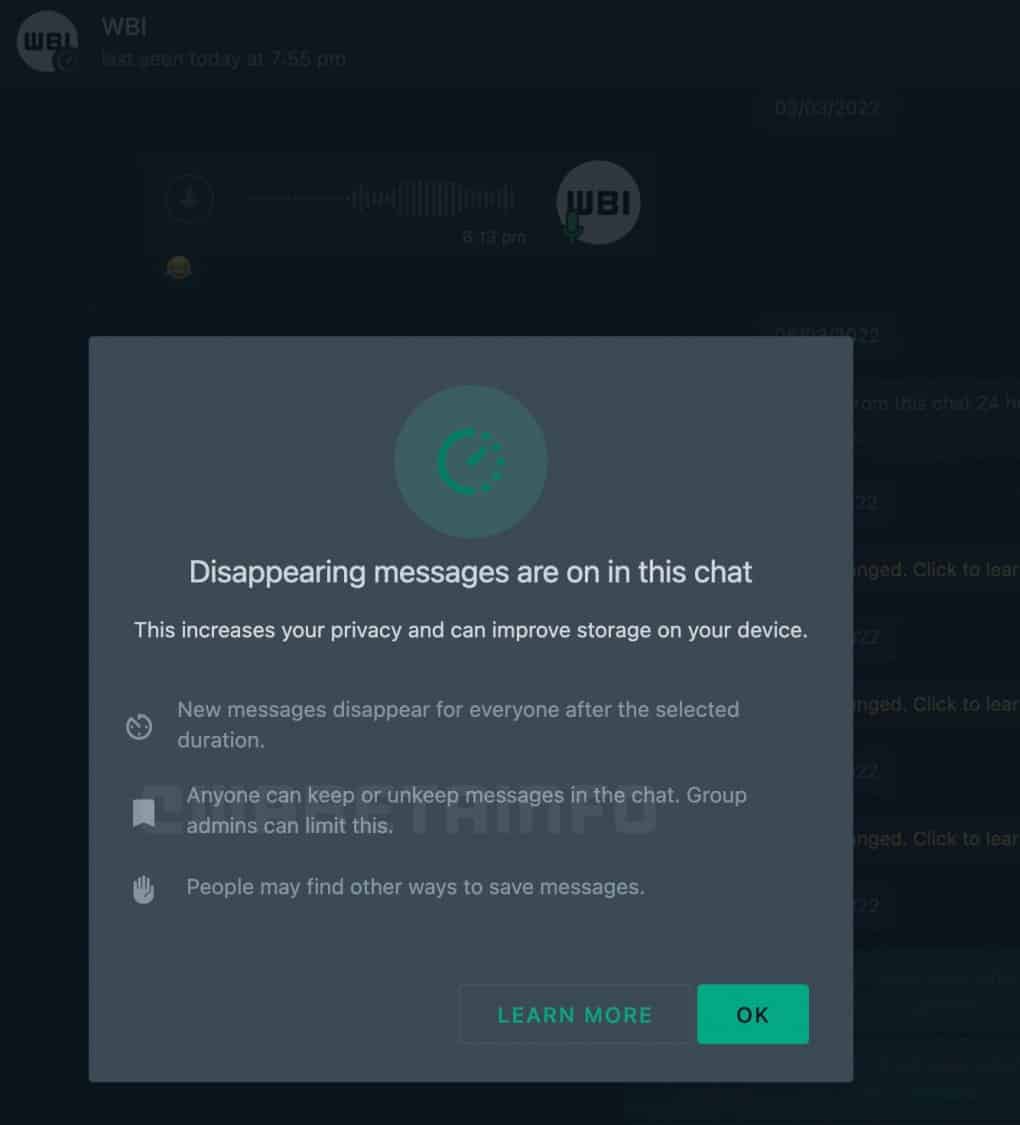 07/26/2022 at 3:21 p.m
from Norman Wittkopf –
Self-deleting messages in WhatsApp are supposed to do exactly what the name suggests, but a beta preview promises a big change here.

WhatsApp is reportedly working on a “kept messages” feature that will allow users to keep auto-deleted messages in chat beyond their expiration time, reports WABetaInfo. Thus, once said messages are retained via individual selection, they can be viewed by all participants in a chat or group in a new retained messages section of the chat notification area.

According to the report, the feature is still under development, but will apparently be presented in a future update for the beta version of WhatsApp on desktop, with an information window already indicating it. The new notification introduces what changes will be made to disappearing messages and that it will be possible to keep a disappearing message to prevent its automatic deletion.

A matter of attitude and reversal

But just as everyone in the conversation can keep the message, you can also discard the message. It also says that group admins will be allowed to restrict this feature. According to WABetaInfo, this could mean that there will be a new privacy setting that will allow group administrators to toggle the feature accordingly.

It is currently unclear when the exception for self-deleting messages can be expected to be published. As is well known, the developers of WhatsApp are constantly working on new functions and at the beginning of the month it was announced, for example, that in future it will probably also be possible to set who can view their own online status.