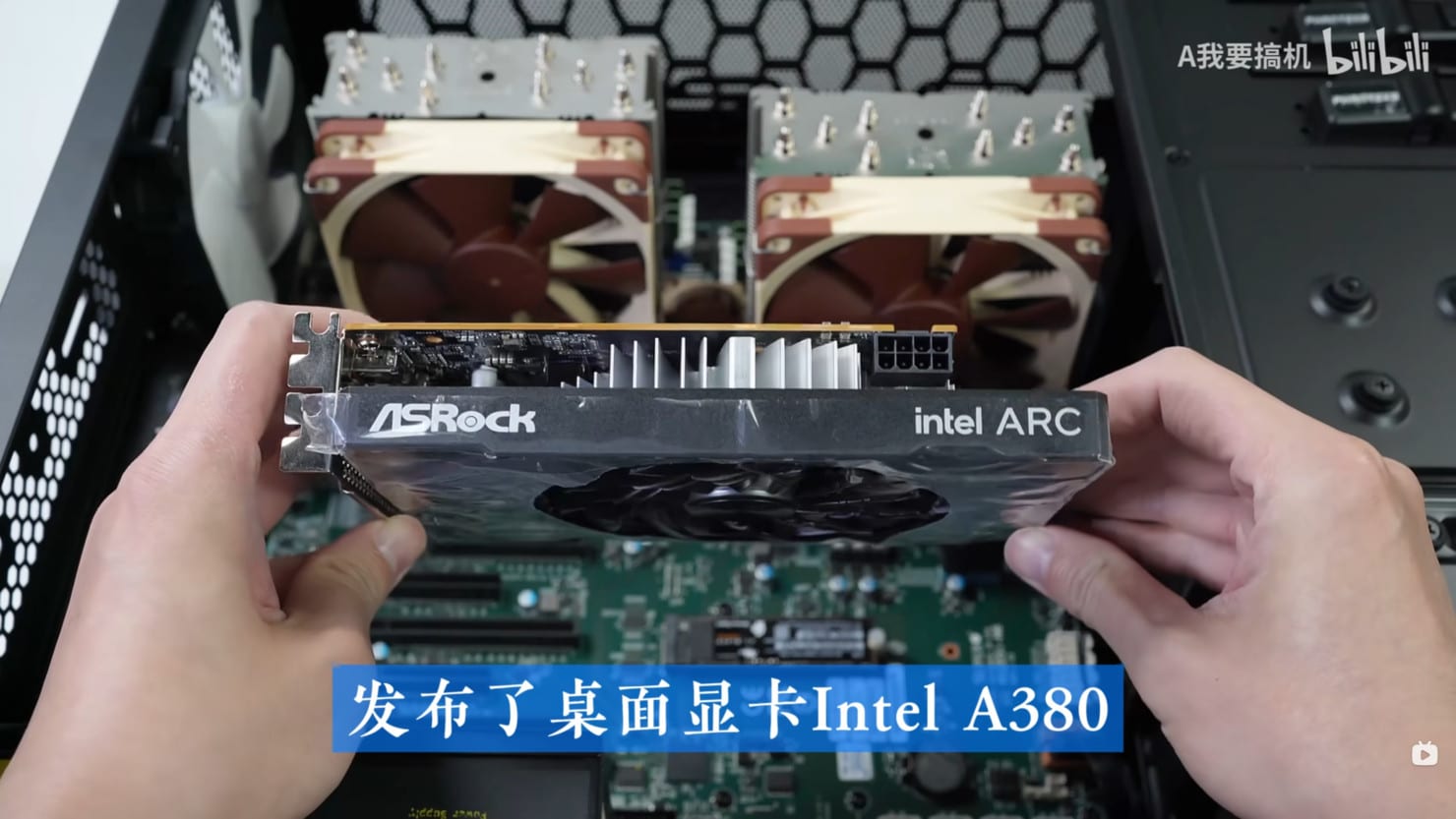 07/27/2022 at 08:31
from Rhonda Bachman –
A video has appeared on the Chinese website Bilibili showing a custom model of the Intel Arc A380 from Asrock. The manufacturer already offers a range of Intel mainboards. Apparently, Asrock will no longer appear as AMD’s exclusive partner.

Asrock will apparently make both AMD and Intel graphics cards in the future. So far, the manufacturer has been an exclusive partner of AMD, regularly launching new custom models of Radeon GPUs. A video on the Chinese website Bilibili now showed a graphics card from Asrock based on the Intel Arc A380 Challenger. The Arc A380 is an entry-level graphics card that competes with the slowest cards from AMD and Nvidia.

The graphics cards would not be the first Intel products that Asrock makes. The company already offers a range of Intel 600 series motherboards and is also preparing for the next generation 700 series. So far there are no indications that Asrock intends to launch custom models from Nvidia’s Geforce series in the future.

According to the colleagues, the performance is significantly worse and would also require more power than the other graphics cards. Another evil are the drivers and the game compatibility. However, the comparatively large graphics memory with 6 gigabytes and the AV1 acceleration with decoding and encoding were positively highlighted. In addition, the ray tracing performance should not be bad.

See also  In Pokémon GO, 2 trainers are incredibly lucky, after which trading had to be deactivated