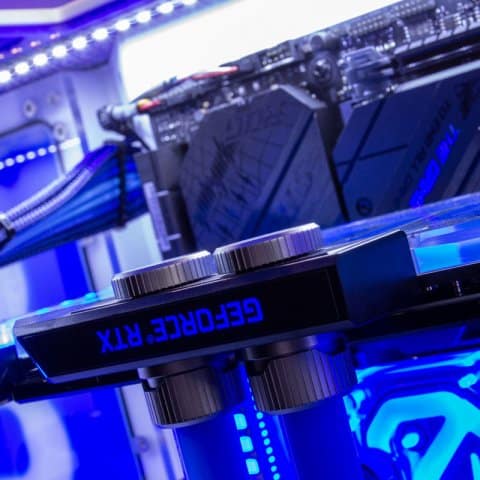 07/30/2022 at 11:00 am
from Maximilian Hohm –
In cooperation with 8Pack, Caseking has introduced the 8Pack Comet MK2, in which high-end components are manually optimized to achieve maximum performance. There are also many individual elements such as distroplates, custom cables and hard tubes that make the PC a real eye-catcher. Read more about this below.

The British overclocker and bodybuilder Ian Perry, better known as “8Pack”, has been working with Caseking for a long time and offers high-end PCs made from hand-selected components. The computers, which are elaborately cooled by custom water cooling, are delivered overclocked and typically leave nothing to be desired. Now Caseking and 8Pack have introduced the 8Pack gaming PC Comet MK2, which combines an Intel Core i9-12900KS with a Geforce RTX 3090 in a specially designed case.

See also  Palianytsia (working title): New game in development from the creators of The Sinking City

Two Western Digital Black SN850, each with 1 TB capacity and PCI-E 4.0, are used as data storage in the PC. A 2.5-inch SSD with 2 TB is also installed. A 1200 watt power supply with 80 Plus Platinum certification is available for a stable power supply. The processor and graphics card are cooled by the custom water cooling including hard tubes and custom disks. The custom case, the sleeved cables, hard tubes and the manual optimization of the system make it a dream for PC enthusiasts, but at the same time the price of € 9,999.99 is far higher than what the sum of the components costs.