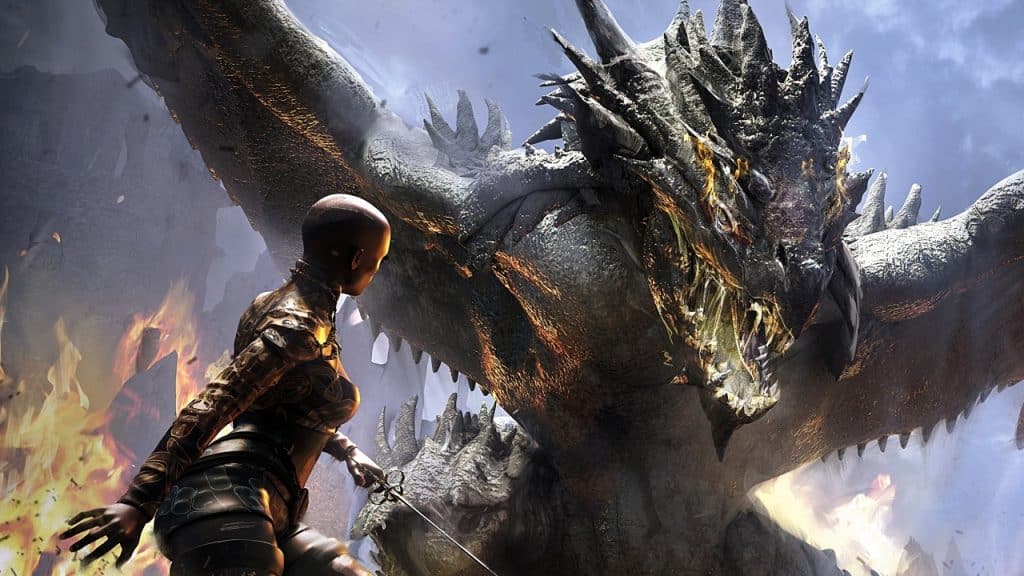 Embers Adrift should appear in 2022, the developers have emphasized in a new video. Reason enough to take a closer look at the new MMORPG. That’s exactly what MeinMMO editor Alexander Leitsch did and shares his first experiences with you, but also his concerns.

Ember’s Adrift isn’t a classic MMORPG like World of Warcraft or Guild Wars 2. I noticed that in the first few minutes of playing the closed beta that’s currently running. But as someone interested in all MMORPGs, it was something of a duty to buy a pack and see for myself.

Because even the first quests and fights tell me that I will need time to make progress in the MMORPG. The whole game screams adventure and exploration, but also party-finding and hard work. It’s not exactly what I’m looking for, but it appeals to a niche of gamers of its own.

And it could be super interesting for that niche.

Not a game for fans of easy entry, action-packed battles and good graphics

Embers Adrift is a PvE sandbox MMORPG. Even the philosophy of the developers says that I don’t follow a clear story or clear tasks, but instead experience an adventure in my own way. In doing so, relationships with other players should be built on, because a lot of content is aimed at group players.

After a good seven hours of play and watching a few videos, I can confirm that the MMORPG does a lot of things differently – and not everything is immediately better.

The quest texts are unusual. Because I really have to read them to be able to understand and complete the task. There are no in-game markers, not even for the next NPC I’m supposed to talk to. And the popular minimap is also omitted.

Also surprising are the first enemies I meet. Because every enemy has a mark that shows whether I can defeat them alone, in pairs or just in a group. And yes, Group enemies are already in the starting area of ​​the MMORPG and should not be attacked if possible. Here the first death threatens quickly.

In addition, the beginning seems unfinished and I feel somehow out of place. There is no real introduction, I am just thrown into the world and given my first tasks.

But before it even goes into the game world, I choose from three specializations when creating the character: Defenders are something like tanks, supports are healers and strikers deal damage. Then later, at level 6, I choose a second specialization from the same three options. My final class is then created from the 9 possible combinations.

See also  Square, Circle, Triangle and X - What do the symbols mean on PS4 and PS5?

But although level 6 sounds pretty close, it takes me a few hours to get there. However, this is not necessarily due to the required experience points, but to the sometimes long paths and the very slow fights. Actions are only executed after two seconds and there are global cooldowns that make the whole thing even tougher. Fans of action-packed combat might get bored quickly.

However, as the game progresses, the combat system develops its appeal. I have to specifically pull opponents because otherwise I’ll be overrun, and I can’t jump into everything like it is the case with many modern titles. Demanding fights often only come in the endgame. And the fights are also more fun in groups, because more tactics are needed overall and at least something is happening around me… even if it’s just attacks from my teammates.

By the way, there is currently a big controversy in the community as far as the speed of leveling is concerned. Because even the way to level 20 should cost several hours. From level 20, however, the curve rises again, which should make it almost impossible for solo players to reach level 30 in the foreseeable future.

Embers Adrift is an indie MMORPG. Nowhere is this better seen than in the graphics. The attacks are very static, the textures aren’t particularly high-resolution, and otherwise it looks like a game from the late 2000s. Anyone hoping for a totally detailed character editor will also be disappointed.

However, some of the game’s ideas and features excite me. For example, right from the start, the journey is the goal. I can fight hard bosses in the open world early on or visit dungeons with other players. That’s a really good approach, because often the level phases are something I want to quickly skip over in modern games in order to get to the core content.

Anyone who dies in Embers Adrift can also be picked up again, similar to New World or Guild Wars 2. I’ve come to really appreciate this mechanic over the past few years and it fits perfectly into the social fabric of the new MMORPG.

I also see the in-depth crafting system positively, with which you should always be able to produce relevant items for your progress. I have to admit that I didn’t delve very deeply into this. But relevant crafting is always something that I find very positive and important.

However, an old principle applies here: You can only master two professions at the same time. If you change a profession, you will completely lose your progress in the old one.

On paper, Embers Adrift lures many with the fact that it’s a PvE-only game. There is no PvP at all. This makes the open world safer and encourages cooperation between players.

What’s crazy is that the nights are really damn dark. This is totally cool in terms of atmosphere, but it also means that I could hardly play in the dead of night and at times even had to increase the monitor brightness significantly in order to be able to see anything at all. There is a torch on the F1 key, but it only helps to a limited extent.

Embers Adrift is perfect for players with lots of time, patience and friends

Overall, however, Embers Adrift is very tough, especially when you compare modern games like ESO or Guild Wars 2. But this is exactly where the developer’s philosophy comes into play.

Basically you need other players for all content and preferably an active guild that plays together every evening. Then the opponents are defeated faster, the quests are easier to solve and the walkways are passed away with nonsense in voice chat.

If you can find the time to constantly meet and adventure with others, Embers Adrift may be the perfect game for you.

However, there is a risk here that if there are too few players or if friends leave the game, many core aspects of the MMORPG will be lost. I already had this feeling in the beta, because it wasn’t that easy to find any players at all. Also, thanks to the subscription model, Embers Adrift will have a hard time attracting new players to even take their first steps in the game.

On the other hand, there is a game that does not have a shop at all. This ensures that special skins really have to be earned. So a lot of things about Embers Adrift have strong pros and cons.

By the way, if you want to play Embers Adrift now, you have to buy a Founder’s Pack for $50. This includes beta access, a special title and one month of free play after release. With the release, the MMORPG will then become a subscription game. However, the beta currently only takes place at certain times.

However, the full release of Embers Adrift is scheduled for 2022. For the time after that, the developers are planning regular updates with new quests, zones and dungeons.

Ember’s Adrift has a special appeal, but it’s not my game

Ember’s Adrift is the polar opposite of the MMORPGs I enjoy playing. Anyone who reads my articles regularly will know that I am active in many games at the same time and that I am working towards clear goals there. As a father, this is also the most effective way to prepare myself for a bigger challenge at the weekend.

In Embers Adrift, however, I need a solid group, I have to find my own challenges and I have to plan time for everything. This won’t appeal to the mainstream of players, but will appeal to a niche that hasn’t been addressed in a long time – especially with the focus on PvE.

In general, the MMORPG relies on many “old school” aspects, such as reading the quest texts, not having any markings on maps or the subscription model, which hardly any new MMORPGs use anymore.

Anyone who is looking for a new game with their entire guild or is open to joining a new guild can experience adventures that are really fun. That’s the great appeal of Embers Adrift – the discovery, the mastering of challenges and the experiences that you share with others.

Does the idea of ​​Embers Adrift appeal to you? Or do aspects such as the high expenditure of time or the weak graphics scare you off? Feel free to write your opinion in the comments.

Ember’s Adrift isn’t the only MMORPG due out later this year. Here we have summarized everything for you: