Dead by Daylight: Community is desperate – “The killers are now far too strong” 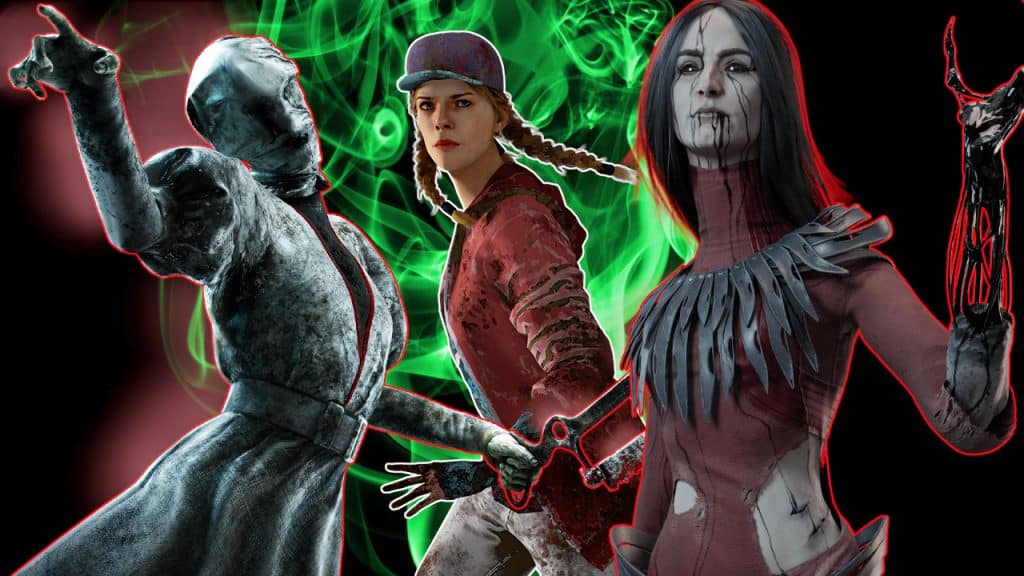 The killers in Dead by Daylight are unstoppable – at least that’s what some players believe. The latest patch hit solo players especially hard.

A few days ago, Dead by Daylight had what is arguably one of the biggest balancing changes of all time. Not only the perk system has been revised, but also many details of the core gameplay. The basic idea behind many of these changes was: Killers should become stronger because they statistically get too few kills per round.

After all the changes have been made, however, there is an outcry from the community: the game is no longer fun, killers are too powerful.

Several threads on the Dead by Daylight subreddit have 4,000 to 5,000 upvotes on the topic.

What’s the problem right now? The group of the biggest losers are the “Solo-Q” players, ie those survivors who register for a match alone. They are in contrast to the “Survive with Friends” (SWF) groups, which usually line up together and communicate via voice chat, for example to announce the killer’s position or his actions.

Solo Q players in particular have the impression that killers are now far too powerful. You’re more likely to get caught early and other players will be less helpful if you’re not in a group with them.

This is a problem, especially after the developers got rid of the blood point bonus of the “We will live forever” perk. This perk previously rewarded a massive blood point boost for rescuing other players from the hook.

Saving still gives blood points (as always before), but you cannot build up a bonus through the perk.

Basically, killers are now much deadlier. This is more relevant against solo players, group players can still compensate for a lot of this through communication.

What do the developers say? Quite a lot, but without content – at least if you go by the comments. Behaviour’s MandyTalk wrote in the official report that they knew the patch had brought major changes. It will take some time for everyone to get used to the changes. It goes on to say:

However, we won’t be over-the-top about anything – if we see things that we know are a high-priority issue, then of course we’ll make changes in the scheduled hotfixes. There may even be more changes in the future based on how this all plays out once players have had time to become familiar with the changes.

In the end, however, the developers are sticking to their decision for the time being. The kill values ​​were too bad and had to be increased.

Dead by Daylight is a live game that is constantly evolving and changes are based on it. The plan for this update was to increase kill rates as they were lower than we would like. It will take a while to see the full extent of the changes, players need to adapt and so on. This update and the aftermath of it is definitely something we’re watching very closely.

Solo players feel worse and worse: One of the comments with the most reactions and awards comes from jimmypopjr on Redditwhose opinion we have translated here:

I can only speak for myself as a Solo Q player with over 2,000 hours of playtime.

This update hit me pretty hard.

I love this game, but not unconditionally. I don’t expect to win/flee often, I just want to have fun and not get so frustrated that disconnect seems like a viable option. I don’t want to be tunneled or see others being tunnelled.

But since the update I haven’t enjoyed the game much anymore. In more than 50% of my games I end up thinking I should take a break. When the matches are frustrating, the matchmaking doesn’t feel balanced, and the Bloodpoint and XP rewards are laughable (especially if you get tunneled out in the first few minutes)…then disconnects and long waits just look like the natural result.

It’s really unfortunate that such a fun game can be so frustrating along with these highlights. That it feels like some people are just using this game as a catalyst to make others feel as bad as possible.

And to make matters worse, unfortunately this subreddit and community, which I generally love, is full of people who are desperate to belittle the opinions and experiences of others with their own anecdotal experiences.

Now I’m trapped in a game I love but no longer feels fun and rewarding enough to be worthy of my time… and with a community that doesn’t care how disappointed I am that the patch influenced me so much (but still interested enough to tell me why I’m wrong or why I was carried by the old meta, even if I’ve never played like that).

This comment seems to speak to the heart of many, as it has received nearly a dozen Reddit awards and well over 1,000 upvotes.

See also  Buy PS5 from Amazon: Today there are chances of several drops – location on May 25th.

What’s your experience as a killer and overlord in Dead by Daylight right now? Are you having fun and enjoying the update? Or did the developers overshoot the mark?