In a perfect world, the biggest MMORPG today would be World of Warhammer 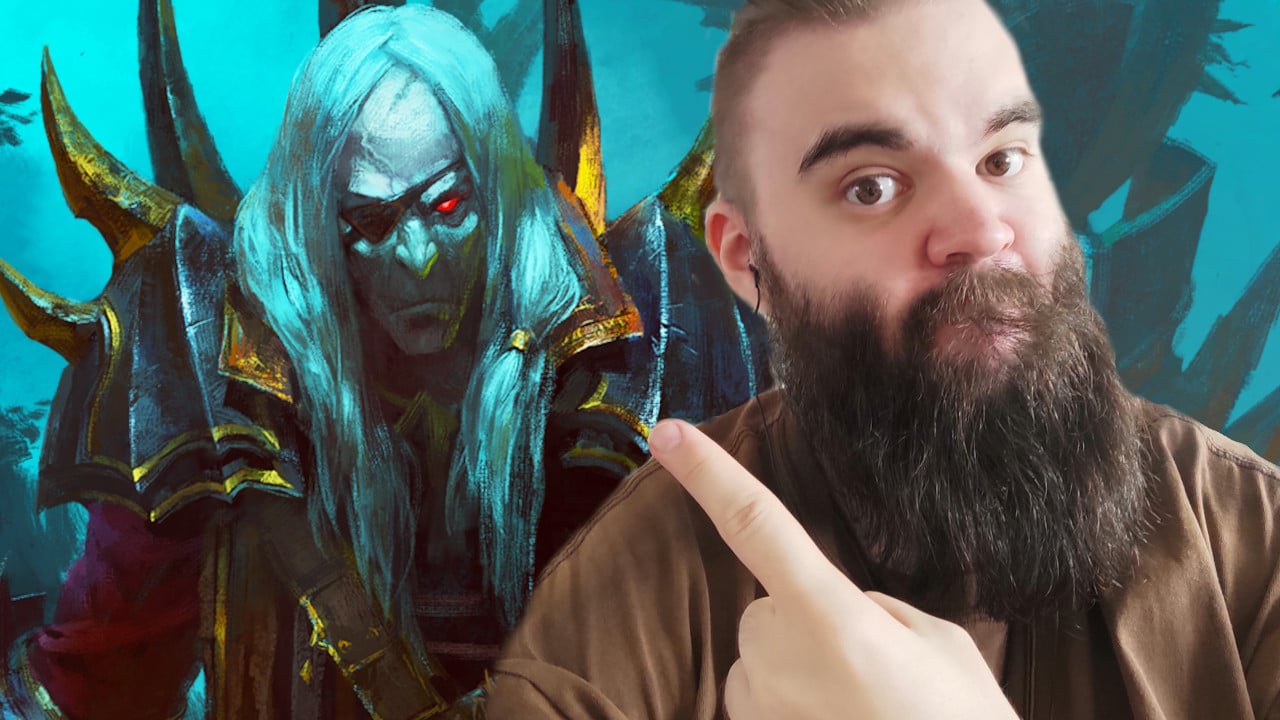 Almost every gamer knows World of Warcraft, Blizzard’s huge MMORPG. But there is another world that is more mature and dirtier – and better, as MeinMMO author Benedict Grothaus thinks. It’s about Warhammer, and the popular WoW almost played there as well.

I’ve been playing World of Warcraft for almost 18 years and love the game for it’s humor. Blizzard has done a really great job here and built a world that I love to immerse myself in. Elves, dwarves, orcs… High Fantasy is simply the best setting for an MMORPG.

But unfortunately, WoW often simply lacks the bite. The world often seems clean and nice. Sure, the occasional corpse hangs from a tree, and the undead are a sickening sight. Still, WoW isn’t using its full potential to truly depict the brutality of war in the way a “World of Warfare” could.

I know, because such a better fantasy world already exists.

The older I get and the longer I play WoW, the more I wish Warhammer was more successful and the biggest MMORPG today. The thought that this almost happened is all the more bitter.

Above all, the upcoming Immortal Empires for Total War: Warhammer 3 makes me more and more interested in the great universe. You can see the trailer here:

Warhammer is the rival universe to Warcraft and is even older. The Warhammer tabletop appeared way back in 1983 – 11 years before Warcraft: Orcs & Humans, Blizzard’s first iteration of the strategy game.

The worlds are very similar, which may be due to the fact that they are both heavily inspired by the Lord of the Rings. But the similarities go even further: Many peoples are congruent or at least very similar and their archetypes also overlap strongly.

Dwarves, for example, are divided by their traditions into different clans that inhabit different parts of the world. Elves are divided into several races, some of which embody pure magic and others the connection to forest and nature.

Even the gods and villains are similar, but Warhammer has one key difference: it’s dirtier and meaner. First of all, every people is racist, or more precisely: speciesist. Everyone hates each other, and alliances are built on ties of convenience, not genuine trust. Warhammer goes where Warcraft dares not.

The idea of ​​a world totally and perpetually immersed in war comes out much more clearly in Warhammer. Just the fact that the greenskins exist solely for war, literally multiplying like mushrooms and following gods belonging to the “KRIIIIIIEG!” pantheon is strong proof of this.

The wicked Warhammer: Vermintide 2 or the acclaimed Total War: Warhammer 3 show quite well how such a rough and brutal world can be translated into video games without becoming tasteless.

By the way, that’s not just my opinion. Blizzard itself originally wanted to make a Warhammer game, as did former Warcraft chief developer Patrick Wyatt in one Interview with Kotaku explained. As a result, Blizzard co-founder Allen Adham actually wanted a Warhammer license. But then things turned out differently.

Darktide is a new Warhammer game coming soon – but in the sci-fi universe 40K, not in fantasy:

It’s easy to explain why Warcraft didn’t end up being a Warhammer game. Blizzard had already created 2 licensed games before Warcraft was created, at that time together with Detective Comics (DC), as Wyatt explains:

Incidentally, The Death and Return of Superman was the first game to be published under the Blizzard name. The games company was previously called “Silicon & Synapse”.

Do you know the very first games of your favorite developers? Test it in our quiz

The two superhero brawl games weren’t particularly well received by the public. That’s why many of the Blizzard developers at the time were reluctant to implement a foreign world again and be bound by rules.

The Blizzard team wanted to create their own universe, and that’s how Warcraft was born – albeit heavily inspired by Warhammer. And you can’t deny the studio’s success, after all, WoW is probably the reason why everyone knows Blizzard today.

But why didn’t Warhammer counteract this? Well it has. It just didn’t work.

Games Workshop, the company behind the universe, along with developer Mythic, created Warhammer Online: Age of Reckoning, its own Warhammer MMORPG in 2008. However, that didn’t last long.

The servers were switched off again in 2013 – officially because the license was not renewed. However, Warhammer Online is said to have only attracted a few players, which could have been due to the game’s clear PvP focus.

Several MMORPGs have already bitten their teeth on World of Warcraft:

The decision comes as a bit of a surprise as Games Workshop is actually known for distributing the Warhammer license to just about anyone. There are dozens of Warhammer games in all possible variations: Role-playing games, shooters, strategy games, hack’n’slay …

Even a second MMO attempt is dared. Age of Sigmar is a new MMORPG for PC and mobile, this time with a focus on PvE. It remains to be seen whether this will work out better.

However, the greater interest appears to be in Warhammer 40,000, the sci-fi offshoot of the universe. Here players often spend hundreds to thousands of euros just for the tabletop. The universe is then accompanied by video games, books and more.

See also  New World: Farming bots are close to level 60 and that pisses the players off

Nevertheless, it is difficult to understand why Warhammer Online had to die again. Since the closure, fans have simply continued to operate their own server and are still providing it with updates 8 years later. So Warhammer Online is enjoying at least some popularity. Just not as much as WoW.

Warcraft has something that Warhammer lacks: Blizzard

Games Workshop’s reliance more on 40K and less on Warhammer Fantasy may be because Warcraft is the now larger and better known fantasy universe. And honestly: If it weren’t for Warcraft, I probably wouldn’t know Warhammer at all.

Would Blizzard be as well known today if they made World of Warhammer? Maybe, maybe not. The developers back then were really up to something. But Warcraft was probably her canvas to fully showcase her skills. Without Borders.

Despite this, I’m sure that the Warhammer universe has a lot to offer that no one has really wanted or been able to explore. Something that could outrank World of Warcraft.

Unfortunately, things turned out differently back then and Allen Adham’s idea of ​​a Warhammer game never materialized. It would have been great if Blizzard got the license and Games Workshop gave them all the freedom.

Just a perfect scenario. But the world isn’t perfect – and that’s why we play World of Warcraft, not World of Warhammer.

I’m sure at least one famous celebrity would agree with me: