The Siege And The Sandfox is a sneaky 2D Metroidvania 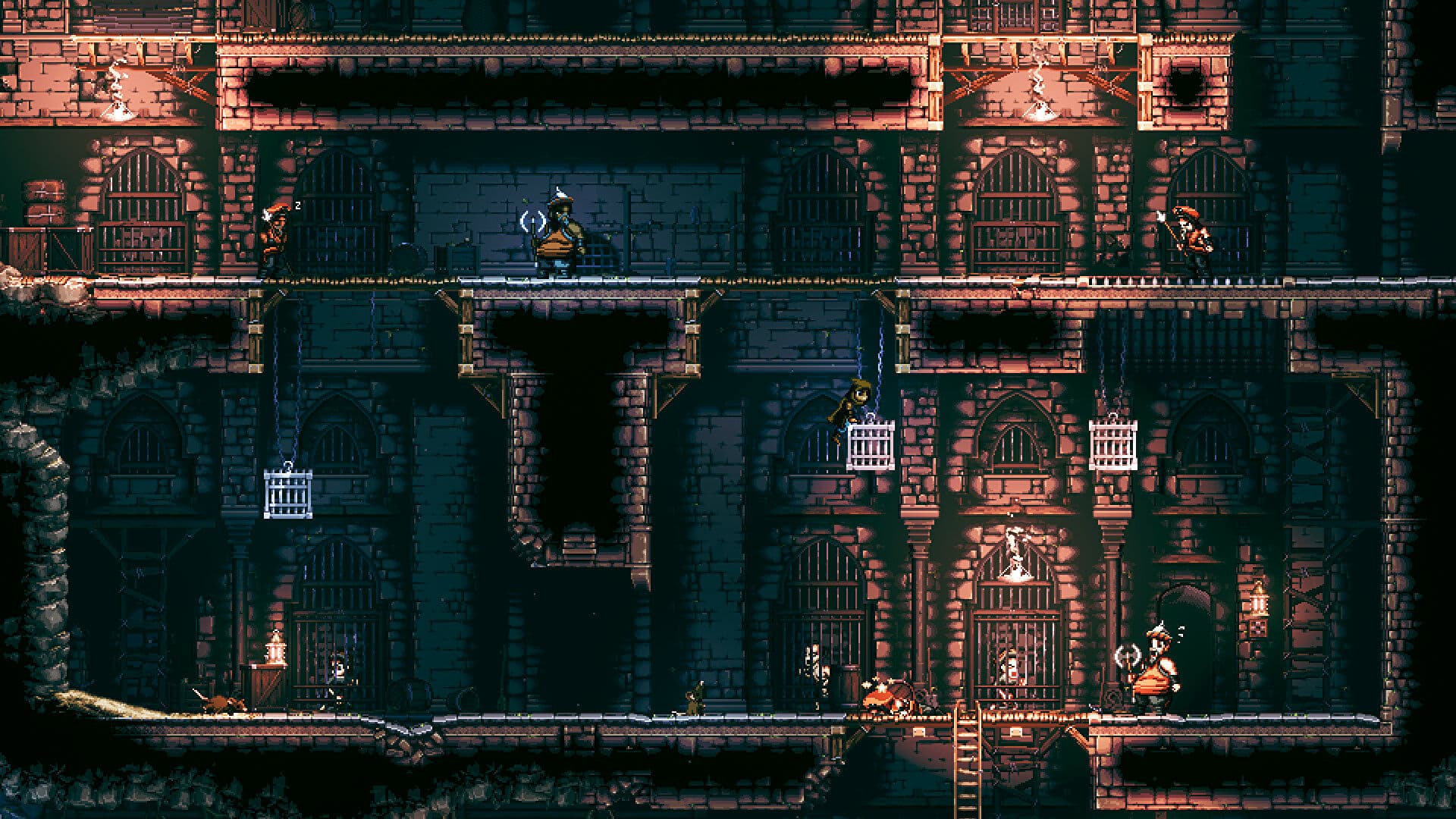 I assumed we must have written about The Siege And The Sandfox before, but nope. It therefore falls to me to tell you about this “2D stealth Metroidvania”. Those words alone are enough to get me interested, but there’s a trailer below that shows it in action if you need a little more.

The narrative setup is common enough: you’re falsely accused of murdering the king and thrown into the labyrinthine dungeons below the palace. You have to make your way back topside to save the kingdom, but this is one of those situations where instead of keeping criminals in small jail cells, they’ve seemingly built an entire underworld for them to live in. You’ll travel through ” dark caves, dusty mausoleums, dangerous prisons, and crumbling ancient architecture” while sneaking around and through the foes that live there.

As platformers go, it looks weighty. It’s not Prince Of Persia or Another World, because you can wall jump and fall large distances, but your slides and attacks aren’t as swift as something like Katana Zero, either. Your footsteps also make noise, and you’re encouraged to avoid enemies and “find other ways to deal with threats.”

I am always interested in 2D platformers, Metroidvanias, and stealth games, so a mixture of all three is appealing. I have been burned before, mind you. ahem.

The Siege And The Sandfox is being developed by Cardboard Sword, who seem to also, strangely, be making synthwave driving game Transmission onSteam. Sandfox has a slightly more concrete release date of “2023” and will be available on Steam, Epic Games Store, GOG and Humble. You can currently wishlist it on Steam.