Ubisoft, Activision and Co.: Listen more to your community! 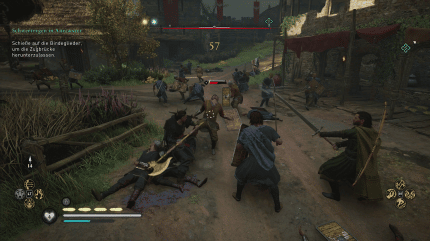 The gaming market is currently in a slump. However, this is quite normal in the industry in the summer. After all, many gamers prefer to use the warm season for excursions into the countryside and to the lake. But even the greatest heat disappears at some point, and then the big game titles are in the starting blocks.

Personally, I’m particularly looking forward to A Plague Tale: Requiem, God of War: Ragnarök, and The Callisto Protocol later this year. Skull and Bones was also on my list for a long time, but the pirate game from Ubisoft quickly got out of hand after the last gameplay shown. Why develop an open-world title à la Assassin’s Creed 4: Black Flag, where I can only board other ships or disembark via cutscenes? Plundering my enemies’ treasury via mini-game? Without me! The main problem with the game is a ubiquitous one in the gaming industry: gamers have desires, but developers and publishers often do their own thing. The ideas of the two camps are often miles apart.

Ubisoft, Activision and Co.: Just listen more to your community! (2)


One company in particular doesn’t exactly deserve the best reputation when it comes to implementing fan feedback. For years, the French company Ubisoft focused on developing ever larger game worlds.

What was forgotten, however, is that although players are given more open world, it always feels emptier and less alive. A good example is the Assassin’s Creed series.

Up until the fourth main game, Black Flag, I enjoyed roaming the virtual lands with the assassins, uncovering even the smallest secrets in the game world and was excited about the opportunities the series offered me.

After that, Ubisoft overdid it with their now well-known Ubisoft formula: Everything became more extensive, but the variety fell by the wayside. No matter the game, Ubisoft let me climb towers to uncover the map and conquer outposts to unlock areas.

It’s not just me that’s bitter, many fans are also turning their backs on Assassin’s Creed and Co. If the developer and publisher had pulled the ripcord earlier, reacted to the fans’ displeasure and made the worlds more alive, the outcry would have been much quieter.

The fact that Ubisoft still only learns from mistakes to a limited extent is currently evident in the first gameplay scenes of their new open-world action game Skull and Bones. Because the material shown does not please the waiting fans at all. 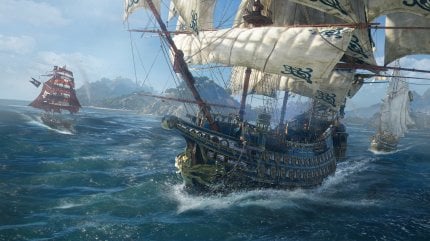 Ubisoft, Activision and Co.: Just listen more to your community! (3)


It may not be entirely fair to judge a game before release and after several development restarts, but Skull and Bones is already showing that Ubisoft either doesn’t understand what the community wants, or they just don’t care.

Nine years ago, the studio launched Black Flag, one of the best pirate games of all time. Back then, I could walk around my ship, swim, dive for treasure, board enemy ships, go ashore, and explore islands.

All things I can’t do in Skull and Bones at release date. The developers may patch some of these features into the game after the fact, but it may be too late by then.

Even after such updates, there would be a stale aftertaste, after all the fights aren’t convincing either. Firing on enemies and capturing outposts might be fun, but hit feedback has been lackluster so far.

Cannonballs do not leave bullet holes in ships and towers only fall apart after a certain damage level. It all looks half-baked. The multiplayer pirate game Sea of ​​Thieves has been doing that much better for years. The graphic style differs neatly, but the whole action comes across a lot more immersive despite the comic look. Why should I switch to the competition?

I would like to stay with Ubisoft for a moment and throw in the keyword Sam Fisher. No video game hero has been missed like the main character of the Splinter Cell series in years. A new, modern part of the series would definitely be worthwhile for the French company, after all, fans want the agent to return.