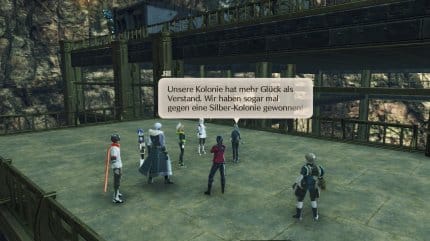 On July 29, 2022, Xenoblade Chronicles 3 was released two months ahead of the originally planned release date. If you’ve already played the predecessors, you’ll recognize some details as the new installment combines the two stories. However, it is not a problem if you want to join the series for the first time, since previous knowledge is not necessarily required. We took a detailed look at the game for you and summarized in our test why it is one of the best JRPGs for Nintendo Switch.

Because despite some weaknesses, the emotional story and the large scope are particularly convincing, since you will already be busy with the main missions for 50 to 60 hours. So that you can successfully make your way through Aionios, we have a beginner’s guide ready with various tips for the perfect start. We also explain the rather complex combat system and the various possibilities that it entails. Let’s start with the different colonies, the quest system, class rank and rest points.

15:55
Xenoblade Chronicles 3 | REVIEWS | A fight for survival against time

The Colonies and the Harmony Diagram

The harmony diagram is already known from the first part of the series. It ties together all the characters you meet throughout the game and illustrates their relationships. The more colonies and people you meet, the larger the graphics become.

Talk to as many colony members as possible. Some have interesting stories to tell, others give you quests.


So you can check at any time how the different characters relate to each other and to which colony they belong. You will probably be able to identify the characters that play a larger role in the course of the story. But there are a number of people and nopons with whom you only have small chats, which means that you quickly lose track of things.

The colonies each belong to one of the two nations Keves or Agnus. There are a number of ways you can improve your relationship with them. For one, you should talk to anyone present who has a small star icon next to the speech bubble. There are already harmony points for that. On the other hand, the colonies will also thank you if you complete side tasks or provide them with the material they are looking for via the Kollektikon card in the menu. Throughout the game world you will also come across shells, i.e. soldiers who have fallen in battle. If you show them the way with the help of Noah and Mio’s flute playing, you’ll get more points.

Of course, the whole thing is not entirely unselfish, since over time you unlock so-called harmony bonuses that give you various advantages outside of combat. It is therefore doubly worthwhile to deal with the various camps.

In addition to the main story quests that you automatically unlock, there are a large number of additional tasks. Sometimes these are given to you directly by someone. But there are other ways to activate them. If you are in a colony and see a yellow icon with an info sign, you should listen carefully to the residents. You can then discuss the information you gather by listening at rest points. In most cases, this creates a new side quest that you can then pursue.

There are also the heroic missions, which automatically end up in your mission overview as soon as you encounter the corresponding character. This can happen on the one hand in the colonies, on the other hand in the course of history or simply on the way in the different areas. The heroic missions not only offer interesting content, but also unlock the respective character for your team. Some of them come with special talents that can be used outside of combat and give you access to new places in the game world.

Another innovation in the third part are the different classes. Each of the six characters has an individual class that falls into one of three categories: attacker, healer or defender. In addition to general experience, you also collect class points in the fights, which you use to increase your rank. Alternatively, you can also use Nopon Coins, but this is a rare currency and should be used with care. 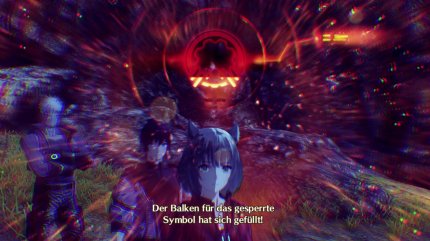 Characters can upgrade each class up to rank 10. In order to get higher, you must first complete certain quests.


Normally the classes can only be increased up to rank 10. In the course of the adventure, however, you unlock special missions that increase the limit to 20 after successfully completing them. In the detailed view you can also see which rating the individual classes have in the areas of attack, defense, healing and complexity. You can also see how well a class fits each character. Pay attention, because your rank will increase faster the more suitable the character is for it.

The rest points distributed across the game world are your best friends. Not only do they act as fast travel locations, but they also offer a handful of actions to make your life easier. You can distribute bonus XP and thus increase the level of your group members. This does not affect the normal experience points you earn in battle and can be undone at any time. Conversely, your level can also be reduced, which can be useful if you want to return to an area you have already visited or have accidentally become too strong.

Xenoblade Chronicles 3 Test – The best of both worlds

Xenoblade Chronicles 3, the new part of the popular JRPG series, will be released on July 29, 2022. In the test, we’ll tell you whether the long adventure is worth it.

Asus ZenBook: Buy a laptop with OLED & Intel i5 now at the best price at Saturn

If you want to buy a laptop, you can now get the Asus Zenbook with an OLED screen and Intel’s i5 CPU at the best price from Saturn. #advertising

You can also forge jewels, which you then equip via the menu, and cook meals that temporarily increase the amount of gold or experience points received, for example. Sitting comfortably around the fire, this is the perfect opportunity to discuss the information you’ve picked up in colonies to keep filling your mission log.