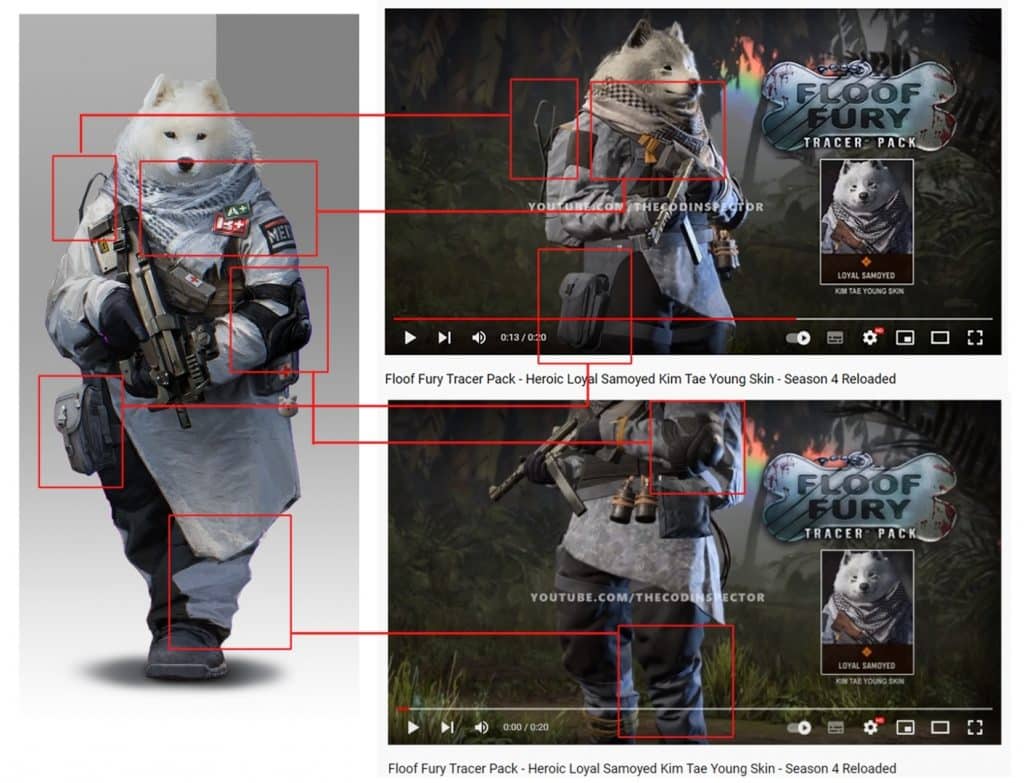 A Chinese artist alleges plagiarism against publisher Activision. One of his artworks is said to have been copied for the new Skin Dog Soldier in CoD: Vanguard and Warzone. The artist presents direct comparisons between his work and the skin.

This skin is about: Season 4 of CoD Vanguard and Warzone has been running since June 22nd, bringing a new map and numerous new cosmetic items into play. One of those items was going to be the Dog Soldier skin, which would be available as part of the Floof Fury bundle.

The operator skin gives your character a fluffy dog’s head, as a bonus there are legendary blueprints, spray, charm and some stickers.

You can see a video of the CoD skin here:

“I am really disappointed”

That’s the problem: On July 29, a user reported plagiarism allegations against CoD Vanguard on Twitter. Chinese artist Sail Lin wrote in the post that the new dog skin was copied from one of his designs.

The image under the title “Samoye Medical” (via species station) was part of the “Monster Army” concept art collection, which included soldiers with heads of various animals (tigers, bears, crocodiles, etc.).

Sail Lin’s artwork has been on Artstation for the past 2 years, a site where professional artists can display and sell their work or search for job offers.

In a post on Twitter, the artist showed the similarities between his artwork and the “Dog Soldier” skin in CoD:

The patch on the left arm of both skins is also striking. While Sail Lin’s Samoye image shows the medic’s markings there, the patch on the CoD skin is just black. It seems as if the markings were simply removed.

This has happened since: The Chinese artist’s tweet went viral on Twitter and has now garnered nearly 27,000 upvotes. Sail Lin himself shared his disappointment in the tweet and mentioned that he has already contacted Activision about the skin.

the CoD news page ModernWarzone also reports that Activision has removed all images of the dog skin used for Season 4 advertising. Under the tweet from the news page, fans speculate whether this means the complete removal of the skin from CoD.

How do you like the comparison between the picture of Sail Lin and the CoD skin? Do you think it’s a brazen copy or just a coincidence? Tell us in the comments.