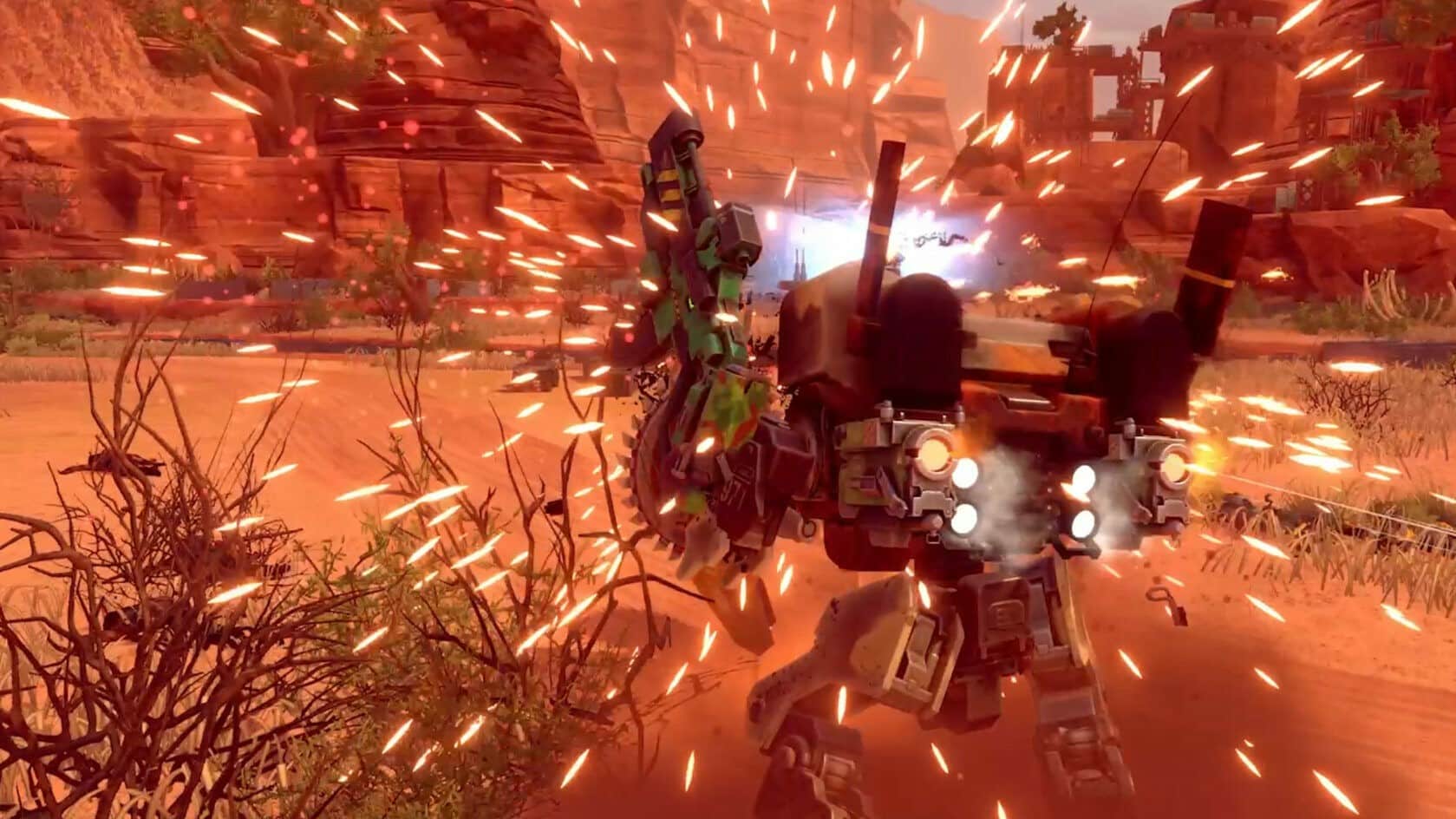 The Wild West and mechs are a combination that you don’t get served up every day. However, “Bounty Star”, the newly revealed action game from publisher Annapurna and developer Dinogod, will make them a virtual reality in 2023 on PC, Xbox and PlayStation. We show the announcement trailer.

Bounty Star describes itself as a “3D third-person action game that combines mech combat and customization with farming and base building.” In it, gamers take on the role of ex-soldier Clem – a war veteran, gifted fighter and skilled mech pilot who overcomes guilt from her past and embraces the cause of good in the Red Reach, a post-post-apocalyptic version of the American Southwest Her mech robot “Desert Raptor MKII” is used, which can be equipped with a variety of attack and defense systems: from powerful melee weapons to steam-powered, hydraulic siege weapons to explosive firearms, various drives, tactical shields and more . Ammunition and fuel for battle must first be crafted, however, in Clem’s own workshop, which becomes her base of operations and home.

Garmin Philip
See also  Short tip for WoW: This is how you easily level up your weapon skills for WotLK Classic