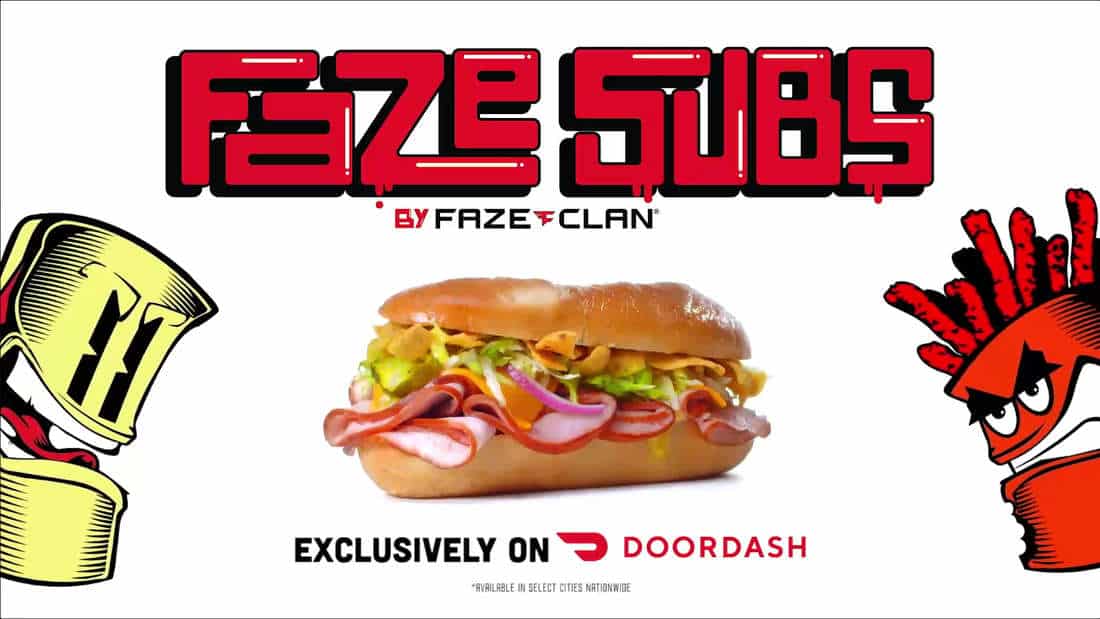 If you fancy sandwiches but don’t feel like cooking, you can now have FaZe Clan deliver them. The eSports team starts its own delivery service.

Los Angeles – If you’re really serious about escaping Elo Hell in esports, you have little time for anything other than gambling. Cooking is also neglected from time to time, even the FaZe Clan should have had its experiences with it. Such moments could well have been the catalyst for the esports team’s new major project. FaZe Clan has now launched its own sandwich delivery service.

What exactly is this delivery service? On July 26, 2022, FaZe Clan made the big announcement for its entry into the system catering business. Via Twitter, the famous esports team unveiled its own delivery service by gamers for gamers: FaZe Subs. Together with the delivery service platform DoorDash, the newly founded chain wants to deliver Sub-Sandwiches to hard-working gamblers, because as their slogan says: “Hunger is not a game.”

What’s on the map? Fat sandwiches aren’t just part of the name at FaZe Subs, they’re the heart of the menu. FaZe Clan has worked with chef Eric Greenspan and developed several sandwich variants that are intended to satisfy gamers’ hunger – of course, insider jokes and gaming jargon as sandwich names should not be missing. So far, FaZe Subs offers nine different sandwiches, along with side dishes and desserts:

With these creations, you’d think FaZe Clan Board Member Snoop Dogg had a hand in the recipes. Unfortunately, nobody knows what the clan’s own FaZe sauce is all about, apart from the chefs themselves. If you’re still hungry after the sandwiches, you can order various chips and salty snacks as side dishes. There is also dessert, but only in the form of a brownie in two different variations, with different toppings.

Where does FaZe Subs already ship to? With the reveal about the launch of the delivery service, FaZe Clan goes straight into a decent offensive to get its sandwiches to the gamer. The chain already has branches in 21 different US states and FaZe Clan apparently has plans to grow even further. On the site FaZe Subs fans can already express their wishes where a branch of the delivery service should open in the future.

In Germany, however, we should not expect to be able to order a FaZe Sub for lunch in the near future. FaZe Clan has not yet shared any further plans for international expansion, we currently suspect that the e-sports team will initially expand its chain exclusively within the USA.