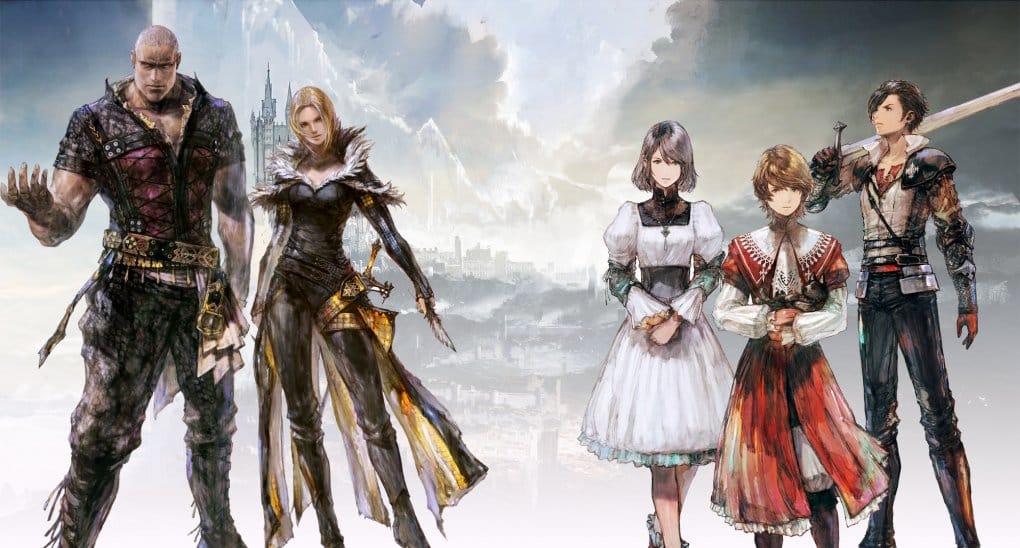 Final Fantasy 16 will undoubtedly take fans of the Japanese RPG series to a European, medieval setting, which was already evident from the two trailers. And this is also confirmed by game producer Naoki Yoshida in a long and detailed interview with the Authors of Dengeki, which was held in June 2022. “Especially in our generation, there is an image of ‘Medieval Fantasy = Europe’ with ‘The Lord of the Rings’ at the top, and this image is spread all over the world,” Yoshida said in the interview. Given this, Valisthea’s characters will also attempt a British accent, as previously known.

At the end of the day you will hopefully expect a homogeneous mixture of Japanese scenarios and a medieval world with a European touch, which will blow your shoes off because of the story – in favor of which Final Fantasy 16 does not offer an open world, but four large game areas. However, you will be able to roam regions that show signs of a lost, more advanced civilization that ruled the skies of Valisthea 1,500 years ago.

Anchor in the real, political world

To make it easier for you to understand the six different realms of Valisthea and what drives them, Naoki Yoshida draws real-world comparisons when asked about the different forms of government in Valisthea. The mother crystals, found in every realm and from which the populace draws ether that fuels magical powers, are for the developers the equivalent of modern oil fields that various countries are fighting over. All of Valisthea’s civilization is sustained by the Mother Crystals, and I believe that means a period of relative peace…until the Crystals’ Aether is exhausted. Because of the fear of falling behind compared to other countries, conflicts erupt to secure the magical power of another crystal, and this is the background to the political tensions in Valisthea, according to Yoshida.

See also  Diablo Immortal: Light the Lamps - How to solve the puzzle in the campaign

The Domini Dhalmekias and Waluths – and the Dominus of Rosaria. Will Clive and Jill be Domini too?

Yoshida even compares the power of the Domini, who control a country’s espers, to that of a nuclear weapon. “Therefore, the fight between the summoned Espers by the Domini was considered something that should not happen and served more as a silent deterrent to keep the balance. However, due to the depletion of the Aether in the Mother Crystal, this agreement is void and the fight of the summoned Esper begins.”

Does there always have to be a dominus?

The following passage from the interview, which deals with the general function of the domini, is also interesting. We had already guessed, that there must be clearly more than one Dominus per country, because Valisthea consists of six realms – and meanwhile eight Espers are known. The Crystal Dominion and the Iron Kingdom are said to have no Dominions, leaving four lands for eight Espers. The logical conclusion: two per country.

In Rosaria, the Grand Duchy to which Clive and Joshua Redfield belong (their father is the Grand Duke), it seems that the Dominus of the Phoenix is ​​always in the Grand Duke’s blood, but there are periods of esper absence. In the Republic of Dhalmekia, on the other hand, there is a rule that the Dominus of Titan must always be part of the Council. Another detail from the interview is interesting at this point, and we hope that it will not be mistranslated from Japanese. Because the orthodox Iron Kingdom actually follows this rule: “Every Dominus who has the misfortune to be born on the islands, a sudden end awaits.”

Final Fantasy 16: Youth is to blame for the lack of turn-based combat


Final Fantasy 16 doesn’t have turn-based combat – and according to producer Yoshi P, that’s because of today’s youth. What does he mean?

Final Fantasy 16: These are Titan and Garuda’s dominions


Final Fantasy 16 won’t be released until 2023. But at least we now know more about the dominions of the Espers Garuda and Titan – and even more!

Apparently, however, as already suspected, there is at least one Dominus in the Iron Kingdom. “In the Iron Kingdom next to it, on the other hand, the Esper is treated entirely as a ‘weapon’ and the Dominus is despised, subordinated and driven onto the battlefield,” Yoshida is quoted as saying. It seems that the Iron Kingdom has to be reckoned with on the Esper battlefield after all. Exciting! If you’re up for it, you can still read it Rest of the interview at Dengeki Online through.