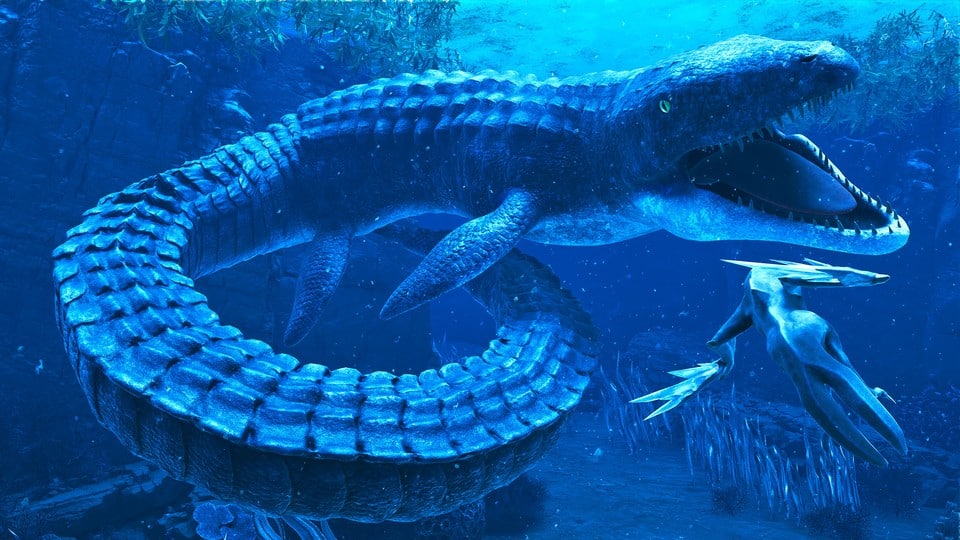 Many adventure titles like Journey or Sable want us to slow down and let us explore different worlds at our own pace. Abzu is also a representative of exploration games, but in a peaceful underwater world. But what all games have in common: They bore me to death.

Where are the action-packed battles? What circumstances make these worlds so unique? These aspects are not answered satisfactorily for me in many exploration games. But a trailer from Glaced was enough to take away all my worries. The world creates such a strong pull on me after the first video that I want to know more about the interesting underwater world.

Jasmin has always been a fan of titles with an apocalyptic mood. She first noticed it when she put The Legend of Zelda: Majora’s Mask in front of Ocarina of Time, contrary to many other fan voices.

Glaciered’s announcement trailer shows what Earth might look like in an alternate universe 65 million years from now. In the sci-fi action-adventure, the entire world is covered by an icy sea. Newly developed creatures that have adapted to the harsh environment live in the water. Among the sea creatures there are not only sharks and dinosaur-like animals, but also the Tuai – one of whom we play in Glaciered itself.

Both Tuai are evolved birds that can move at lightning speed in the sea and evaporate the water around them. With razor-sharp crystals, they can defend themselves against enemy sea creatures in both close and long-range combat.

Exactly this gloomy end-time mood and the new creatures is what makes Glacierd so appealing to me. I would like to learn more about the post-apocalyptic sea world and fight against the sea creatures living in it. Unfortunately, there is no final release date for Glaciered yet.

What do you think of the first trailer for Glaciered?