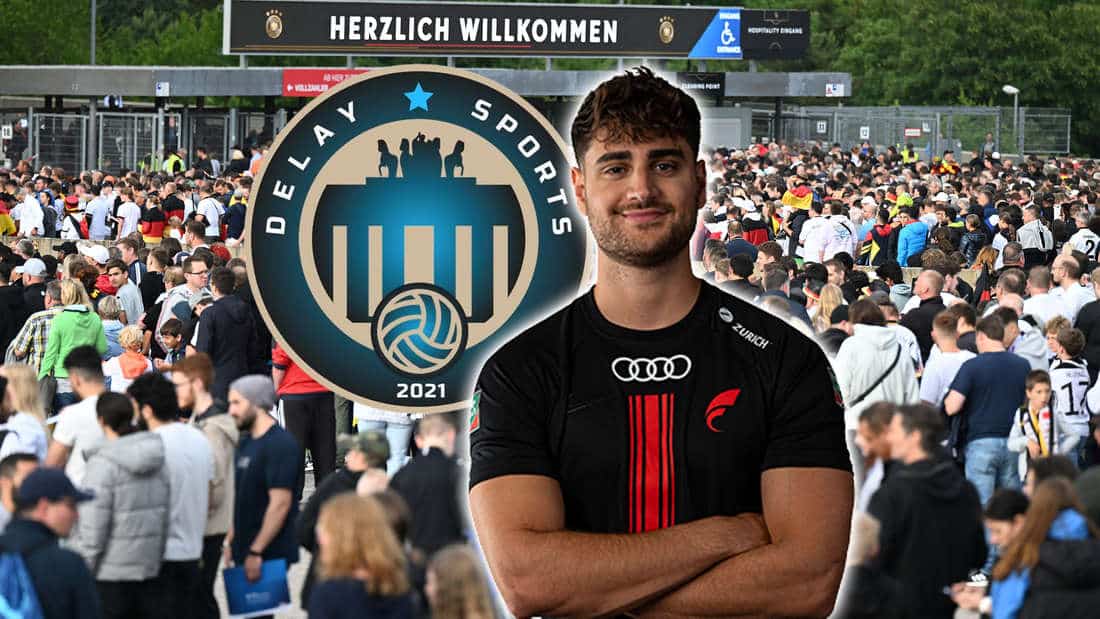 In addition to Trymacs, EliasN97 has also founded its own football club and is already breaking the first records. Crowds of fans came to the game.

Berlin – When Elias Nerlich is known to his fans as EliasN97 or Eligella. He founded Delay Sports and is already setting first records. Within a very short time, the amateur club’s Instagram channel had more followers than Hertha BSC or Union Berlin. Now the Twitch star made headlines again. During a simple test match, EliasN97 fans blew up the stadium and caused the game to be delayed.

EliasN97 blows up stadium with amateur club – more than 3,000 fans delay the game

What happened? On July 27th another test match of the EliasN97 amateur club took place in Berlin. Delay Sports played against Tasmania Berlin in their stadium, the Werner-Seelenbinder-Sportpark. Two hours before kick-off, EliasN97 shared videos on his Instagram story of a never-ending queue of fans wanting to see their idol. According to BILD estimates, 4,500 spectators were there. However, the Werner-Seelenbinder-Sportpark only holds 3,500 fans. EliasN97 speaks of over 3,000 viewers.

Kick-off delayed: How many fans were ultimately in the stadium cannot be said exactly. But the fact is: there were so many that the game had to be pushed back by half an hour. Instead of the planned 6:45 p.m., the kick-off was at 7:15 p.m. EliasN97 is currently injured and therefore could not play himself.

How did the game end? Delay Sport plays in the district class, i.e. the 11th league. Tasmania Berlin, former Bundesliga club in the 1965/66 season, plays in the NOFV-Oberliga Nord, i.e. the 5th division. Tasmania Berlin is known to most as the worst relegated team in Bundesliga history (only 10 points from 34 games at the time). In the game against EliasN97’s Delay Sports, the top division team was still the favorite and won the test match 2-0.