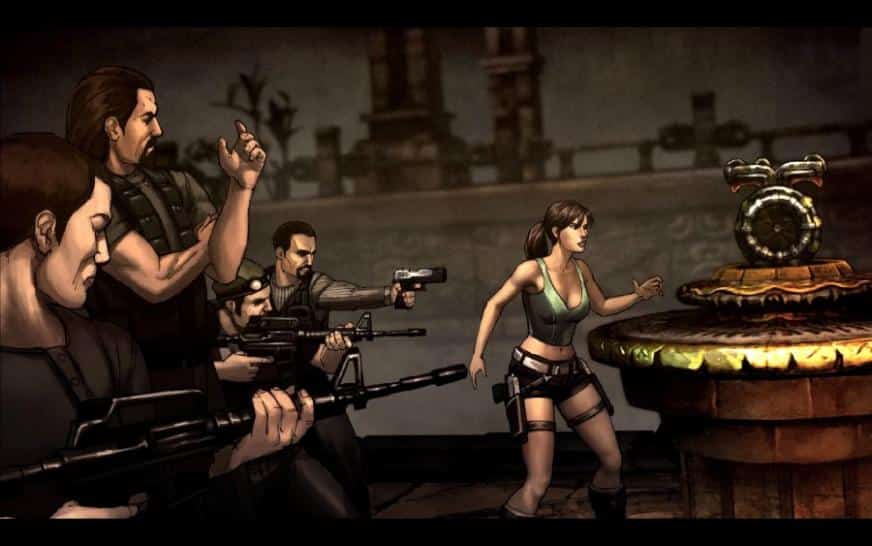 07/31/2022 at 12:00 p.m
from Michael Miskulin –
In the next real Tomb Raider game, an experienced Lara Croft could lead a team of tomb raiders. That’s said to come from a script said to be used to cast the actors in the yet-to-be-revealed game, which has now been released.

According to the supposed script, which Sacred symbols has released, the next Tomb Raider game will be known internally as “Project Jawbreaker” and will be described as “an action-adventure game set in a modern world rocked by a mysterious cataclysm”. According to the alleged casting notes for Lara, the project is looking for an “authentic British” actress in her mid-30s “in the likeness of Emily Blunt or Rosamund Pike” and the role is said to feature “romantic scenes with another female character”.

Next Tomb Raider game: Lara Croft has finally grown up

“Lara Croft is at the peak of her powers now,” the alleged script reads. “Gone are the days of young, inexperienced women dealing with issues of inheritance and family history.” It continues: “Lara has left her childhood behind and embraced the life of an adventurer…her legendary career has been praised and made the tabloids, great adventure stories that have inspired a new generation of tomb raiders to embrace her to seek happiness in the world.”

The script explains: “In this new phase of her life, Lara fully accepts her place among the ruins. For many years, Lara delved into the depths of forgotten places, playing cat and mouse with many nefarious opponents and working to uncover the lost secrets of the uncover, preserve and protect the world from falling into the wrong hands.” The script also has additional “Tomb Raider” speaking roles: “In this new adventure, Lara will face a challenge that she can only overcome with a team at her side. Cooperation is alien to her: she has always been successful on her own, so she is in a fish out of water in this situation.”