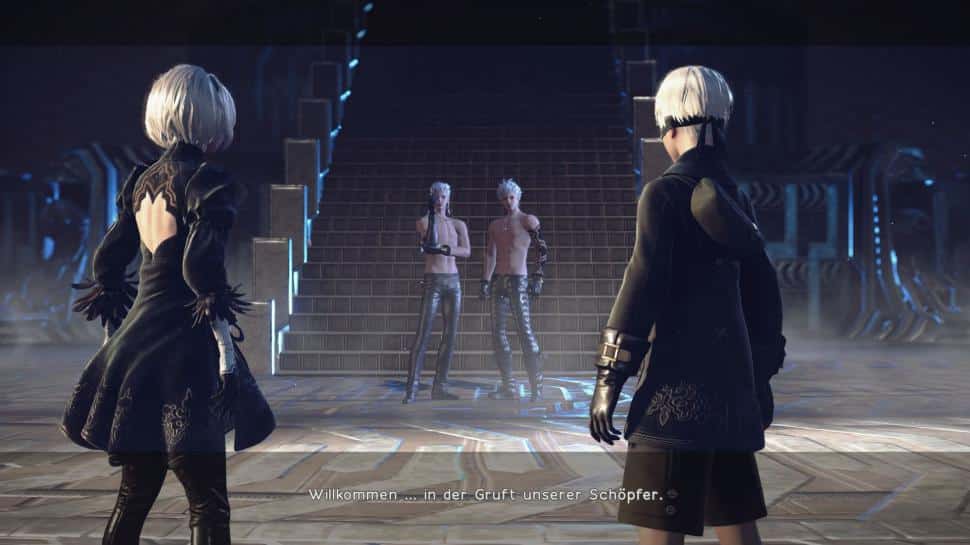 Although Nier Automata is now five years old, the unusual and experimental title of makes it Yoko Taro still appearing in top lists or the public discussion. This is due, for example, to the ingenious narrative structure of the game combined with the multi-layered story and from time to time the controversial design of Android 2B.

In the past few weeks it has Nier Automata (buy now €20.99) but made the headlines for another reason: a player shared the story of a mysterious door in the Copied City on Reddit in the third playthrough and, after understandable skepticism from the fans, delivered a video by saying door enters.

In the video, there is a long ladder and a confusing corridor that is supposed to lead to a church, which can no longer be seen in the clip. Fans were ecstatic after the discovery and were amazed that it had taken five years for someone to finally find this secret discovered. Many remained skeptical, believing the matter was a ruse.

You should be right: it wasn’t for nothing that he posted official account of the game in January 2021 that with a cheat code that lets you skip the whole game, the last secret revealed by Nier Automata. Behind the mysterious door there is actually only one mod, as the fan developers and creators of the alleged secret have now admitted.

The mystery was revealed by Sadfutago, the Reddit user who originated the story and worked behind the scenes with the three modders responsible. In a stream he showed the end of the aisle, the church and fighting some robots before getting a message from the three modders was displayed.

DevolasRevengewho designed the area Woeful_Wolfwho created the necessary tools in the Blender program and RaiderB, who was responsible for the scripting tools, thanked the community for participating in this little marketing gimmick. Even if the whole thing “only” turns out to be model pointed out, it’s a big deal nonetheless.

The three hobby developers have never before seen mod tools created, with which the action was possible in the first place and which one wants to make available to the public. This means that the PC version, which was heavily criticized for a number of problems up until a year ago, should become increasingly popular and become the playground of many modders. On October 6th appears Nier Automata for the Nintendo switch and is then available for all modern game consoles.

Source: Lance McDonald on Twitter / Stream from Sadfutago at Archive.org