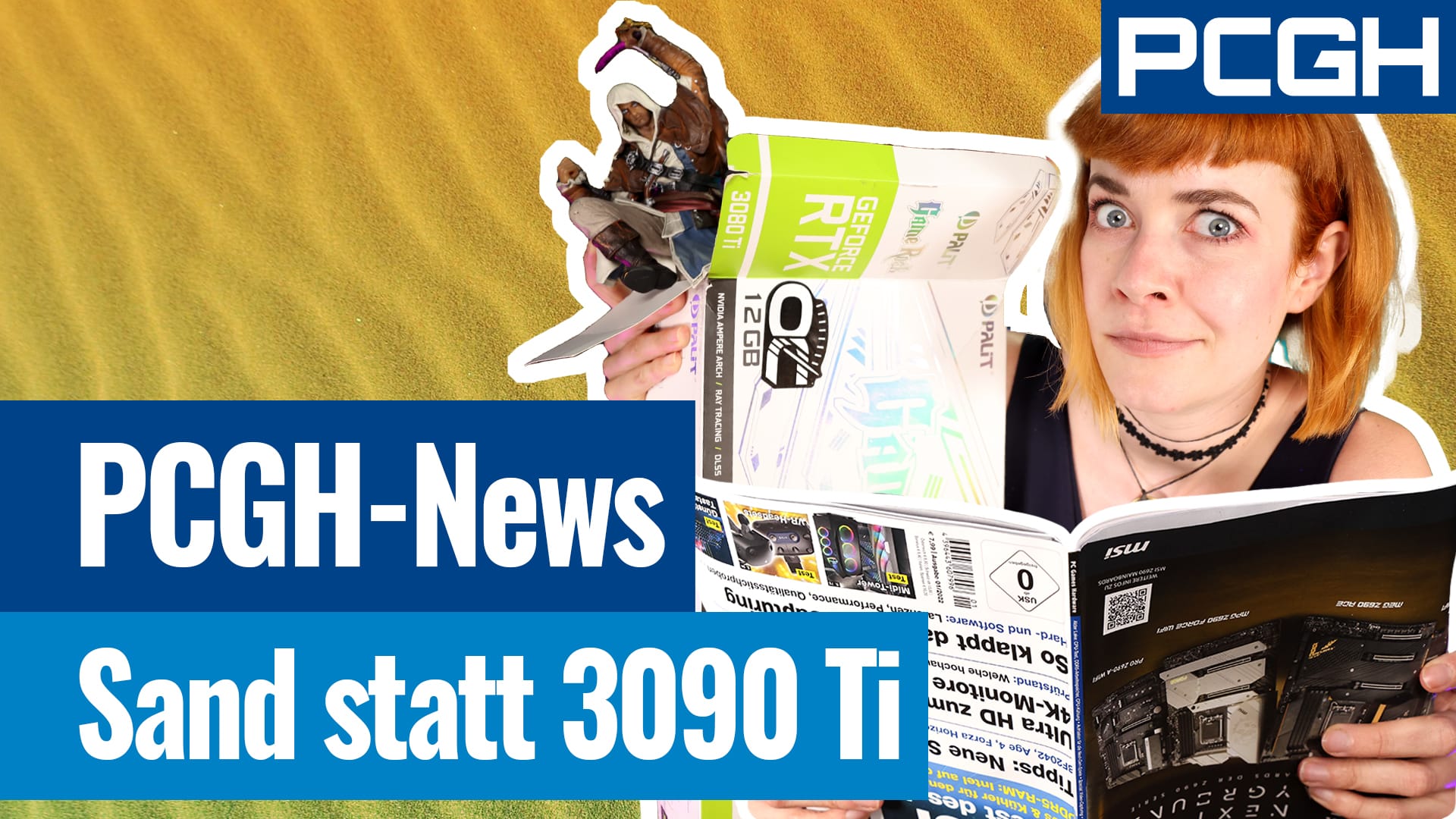 7/31/2022 at 9:46 am
from Leo Smith –
Graphics card ordered and got sand. This is what happened to a customer in Brazil. A true “GPU beast” is said to live in the rumored dungeons of the 4000 series. AMD has confirmed four Ryzen 7000 models, and Amazon now also wants to keep their wallets open, and Prime membership is becoming more expensive. This is this week’s PCGH news!

Customer finds sand instead of a graphics card in the package

A certain Mauricio was unfortunately disappointed with his long-awaited shipment from Amazon. The mishap can be seen in a Tiktok video from Brazil. Instead of a Palit Geforce RTX 3090 Ti GameRock, there was filled sand in the original box.

Anyone who thought the biggest buck in the RTX 4000 stable would be a 4090 Ti could be wrong. A Titan should probably bring the most power! Or a CEO edition. Or the “beast”, as the media now call it. What is meant is an AD102 with its own circuit board design and almost full expansion of the graphics chip. The AD102-450-A1 is said to have 142 streaming multiprocessors, which would translate to around 18,200 FP32 shaders. In addition, there is 48 GiByte memory of the type GDDR6X with 24 Gb/s speed – makes 1.1 TB/s transfer performance. According to the current status, the card would truly be the king of the coming generation, and not just in terms of the key technical data.