LoL: World Champion and Founder of the “Wife Buff” Wants to Name Son After the Champ That Made Him Famous 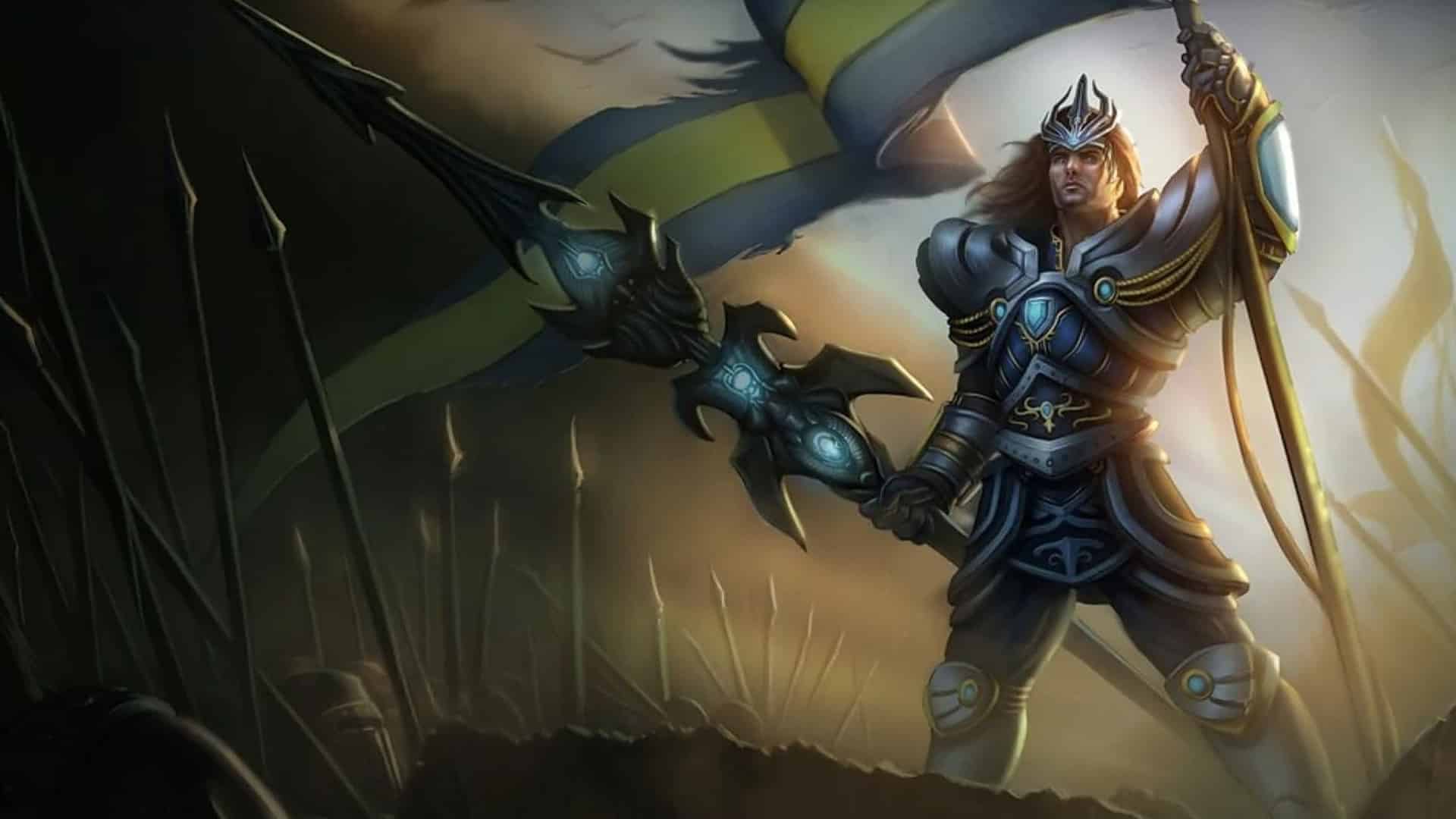 Former LoL pro Kang “Ambition” Chan-yong (29) is one of the most famous League of Legends players ever. With Samsung Galaxy he became Jungler World Champion in 2017 and was considered Faker’s great rival until his retirement in 2018. He is due to have a son in December 2022. The 29-year-old wants to name him after the LoL hero who made him famous: Jarvan IV. His second child should be named Jarvan V and become a real heir to the throne.

That’s what he says now: Ambition has told a Korean website that he wants to name his second son Jarvan V. The baby is expected to be born in mid to late December.

He says he plans to start a LoL duo with his son and then become “Challenger Dad”.

By naming his son Jarvan the Fifth, he appears to want to ensure that the line of succession in the monarchy is preserved.

LoL: Worlds 2018 in League of Legends kicks off with epic video

With the wife came the big success for Ambition

What is it with the wife buff? When Ambition got married in 2017, it was unusual for a LoL player because they’re usually always single. Players up until then had taken an example from the austere superstar Faker, whose life revolves around LoL and who is known to play LoL in his free time to recover from the stress of playing LoL all day for work.

For years, young professionals in LoL used to say: “As long as Faker doesn’t have a girlfriend, I don’t have one either.”

But when Ambition got married, something strange happened: he suddenly played much better and even became world champion.

Since then, there has been the legend of the “wife buff” in LoL, which says that a player who gets married is now “buffed”, i.e. plays much stronger than before:

How are you two? After the end of his professional career, Jarvan continued to play LoL as a streamer. While he was feared as a pro for his gruff manner and poker face, as a streamer he seemed much more relaxed and friendly than he used to be.

He referred to his wife as “Lady Nashor,” naming her after the terrible baron who rules the LoL map as a sign of who wears the pants in their household (via reddit).

Main character in LoL video with more than 313 million views

What is it with Jarvan? Ambition’s signature champion, its trademark hero, was Jarvan IV, “The Paragon of Demacia”: a royal top laner with an iconic spear. He is known for ramming this spear into the ground, creating a dueling circle from which the opponent cannot escape.

Throughout the history of LoL, special players have always been associated with the hero they were particularly good with or had done special with:

He was also chosen by Ambition as his personal Worlds skin.

In the music video Rise, which stylizedly retells the 2017 World Cup, the final battle takes place between Faker and Ambition, who carries Jarvan’s spear.

Rise now has over 313 million views. Ambition, as world champion, plays the main character there.

There are some eccentric characters in LoL, but hardly anyone can match Tyler1’s level: