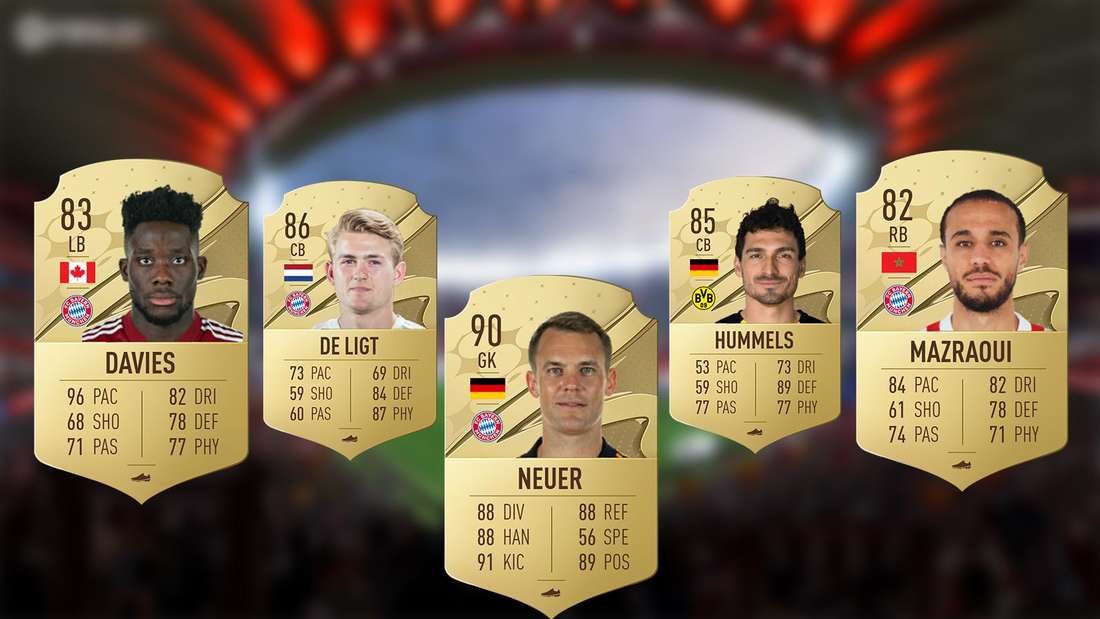 With the FUT mode of FIFA 23 you can once again put together a Bundesliga team. You should have these players with Kadar.

Munich, Germany – On August 5, the time had finally come again and the 60th Bundesliga season opened with Bayern Munich versus Eintracht Frankfurt. In line with the start of the season, we look at what is possibly the best eleven on the virtual lawn. In FIFA 23, the Bundesliga will bring some high FUT ratings despite the departures of Robert Lewandowski and Erling Haaland. We show you what we think are the best 11 Bundesliga players in FIFA 23.

FIFA 23 Bundesliga Defense: In goal there is no way around the multiple world goalkeeper Manuel Neuer. Even at the advanced age of 36, the international goalkeeper is probably the best FIFA 23 goalkeeper in FIFA 23. We predict a FUT rating of 90.

In our FIFA 23 Bundesliga team, there are also two representatives of FC Bayern Munich in the full-back positions. Alphonso Davies (83) and newcomer Noussair Mazraoui (82) are likely to have some pursuers in the FUT rating in FIFA 23, but still have their noses up in the end.

In central defense there is one of the most expensive newcomers in Bundesliga history alongside BVB legend and veteran Mats Hummels (85). Matthijs de Ligt (86) has to meet high standards. In FIFA 23, the young Dutchman might even be the best defender in the league. The first 20 FIFA 23 ratings are already known.

FIFA 23 Bundesliga Midfield: Even in midfield, the record champions will have the lead in most positions. The central defensive midfield and offensive midfield will be occupied by Joshua Kimmich (89) and Thomas Müller (88) in our FIFA 23 Rating Prediction.

On the right wing we have Serge Gnabry (85), who after endless back and forth decided to stay at FC Bayern Munich Has decided. The left midfield should be a surprise. There we have Filip Kostić, who can hope for a FIFA 23 rating of 86 after the Europa League win with Eintracht Frankfurt.

FIFA 23 Bundesliga Striker: Attempts were made to make up for the departures of Robert Lewandowski and Erling Haaland. Bayern Munich won Sadio Mané (89) Africa’s footballer of the year. Patrik Schick, on the other hand, should expect a major FUT upgrade in FIFA 23. A rating of 84 does not seem unrealistic after his last season. We show you when the FIFA 23 ratings are likely to be revealed.