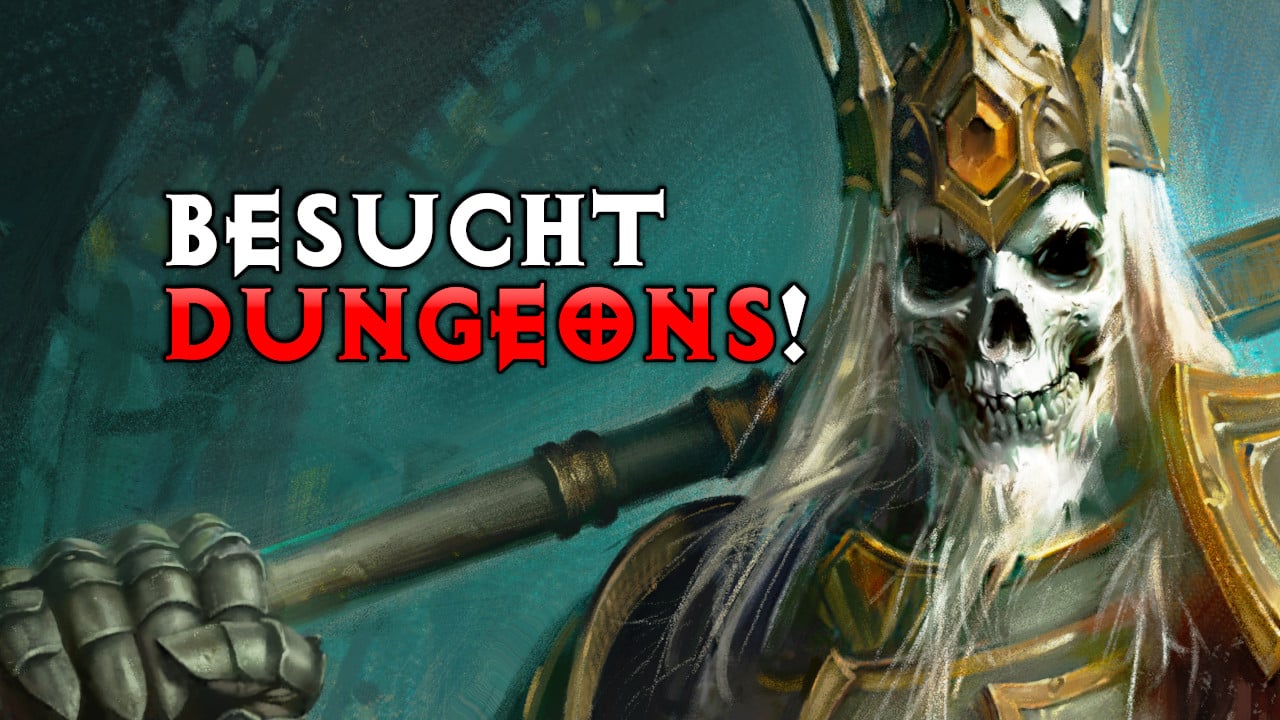 There really isn’t much that can go wrong in Diablo Immortal. If you just gamble, you will always get ahead somehow. But if you’re looking for the most efficient way to get better, there are a few things to keep in mind.

What is the “wrong” way? As YouTuber DM: Diablo Immortal explains, just grinding Paragon in the open world was the best way to get better. There are also certain farm spots in the game that are particularly good for farming.

DM is one of the biggest YouTubers on Diablo Immortal and has already invested dozens of hours and thousands of euros to get better. He has previously given practical tips, such as how to farm “wrong” or showed an absolutely insane PvP build that does no damage.

In one of his latest videos explains DM that just leveling up in Diablo Immortal is no longer the best way to get stronger. That’s because of how the game develops.

This is the best way to get better: According to DM, you should now focus primarily on dungeons. The reason is that from now on you should pay attention to increasing your battle rating for faster progress.

A higher combat rating makes you stronger in PvE and makes it easier to farm, so you become faster and you can improve even further. Dungeons are the ideal grind for two reasons:

So you get better gear and experience at the same time, which would otherwise take you almost as long to get in the open world. The fact that the method has only gotten better now is due to Diablo Immortal’s catch-up system.

Do you want to try a new class? You can find the best classes in our tier list for Diablo Immortal. You can watch gameplay here:

Why are the old methods no longer good? The speed at which you level up your Paragon is determined by the server Paragon:

Apparently there is even a limit above which you no longer receive any XP. This should be 16 levels above the server paragon. Your Paragon determines what gear you can wear and what level of Hell you can farm at.

Stronger loot is only available at higher hell levels and currently up to hell 4 is possible. The next highest level, Hell 5, requires a Paragon of 240 to farm reliably.

However, limited by the server paragon, this can only be achieved 8 days (corresponds to 16 levels) before the required paragon:

During this time, it is no longer worth farming pure Paragon, but rather to increase your combat rating via dungeons.

If you want to get even stronger, you need Legendary Gems. These increase the usefulness of your equipment. In the video we reveal how you get it:

What if I’m not ready yet? DM explains that as a new player you can level up a lot faster than hardcore grinders at the moment. Within a few days you can reach Paragon 150, which has now taken others several months.

If you still have some catching up to do, we have the best farming spots in Diablo Immortal for you. At the latest with a higher Paragon you also have to farm dungeons to get sets and here you will ideally find farm groups quickly.

Level up fast in Diablo Immortal – Guide to max level 60

Incidentally, Hell 5 is supposed to go up to Paragon 600 – so it’s only really “through” almost a year after the release of the game. It remains to be seen whether this really works and what exactly comes after it. The first players have already discovered the advantages that await you from Paragon 150: