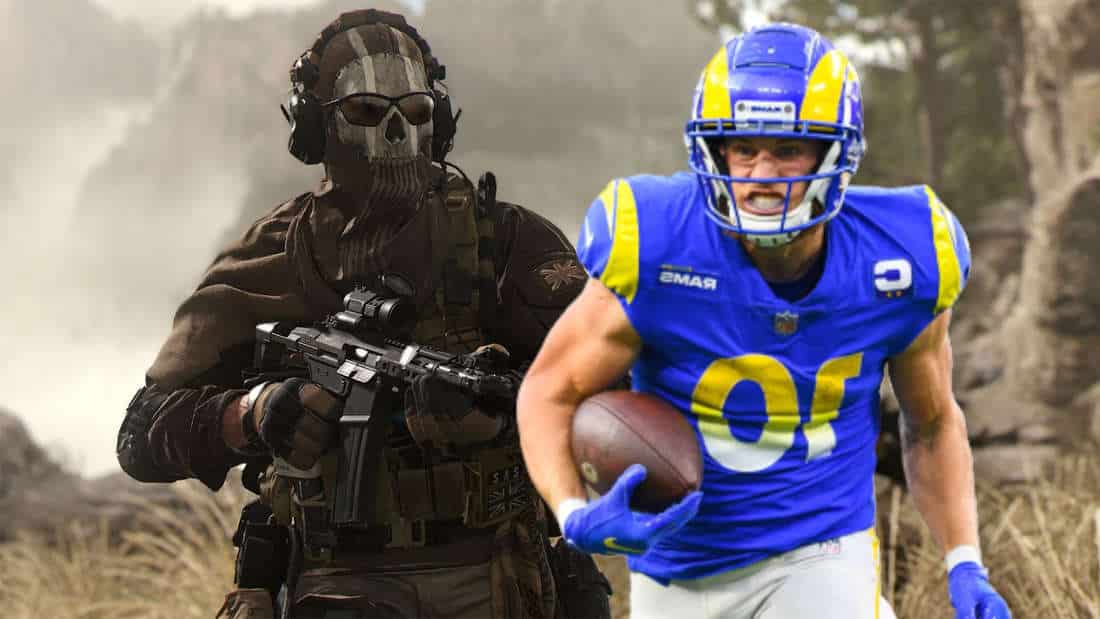 The developers of Modern Warfare 2 thought of working with professionals. But a football star in particular leaked the first pictures of the game.

Santa Monica, California – Modern Warfare 2 is nearing completion. The first lucky ones can already test the new Call of Duty. Including professional athletes. The stars unabashedly posted pictures of the event and also confirmed one of the biggest leaks. The players are happy, but the publisher Activision should intervene soon, so be quick.

Modern Warfare 2: Maps leaked – this is what the maps look like

Who are the leaks from? Call of Duty held a preview event where the first lucky ones were able to play Modern Warfare 2, which is due out in October. Of course everything is top secret. But 2 LA Rams football pros didn’t comply with the embargo. Probably spurred on by their Superbowl victory this year, they post 2 pictures of the Modern Warfare 2 multiplayer. The leaks do not come from dataminers or insiders as usual, but from athletes.

Here are the banned posts: FYI, Activision, the publisher of Call of Duty, may have the images blocked. Then the posts would also be deleted. We therefore also describe to you what you see in the pictures.

DMZ is part of CoD: The first picture shows 2 soldiers with modern equipment, probably a scar and some kind of desert setting. You can see the game mode selection below. The highlight is hidden in the top right of the picture: “DMZ” is written there.

There has been a lot of speculation about DMZ. It’s supposed to be some kind of Tarkov Light. You are dropped in a fairly open world and have to fight to survive and collect loot. You keep the things you find, but you lose them when you die and other players can rob you. Your goal is to leave the area. Here we have all the information about the new Tarkov mode DMZ from Modern Warfare 2.

The second picture reveals less, although it shows more in better quality. We see the lobby screen and a heavily armed soldier in focus. The menu elements are easy to recognize. Below is a PS5 DualSense controller and a baseball cap with the MW logo. The interface is very reminiscent of Modern Warfare from 2019.

How trustworthy are the leaks? The pictures should be real. Such events have often happened in the past and even in hits like FIFA, sports stars or CoD rapper Snoop Dogg are allowed to play new games before everyone else. However, keep in mind that things may change before the release of Modern Warfare 2 in October as the game is still in development.

Modern Warfare 2: The most important information

Here’s how the community is reacting: Many users write that the stars are now in real trouble from Activision because they are simply sharing the information that is still under lock and key so publicly. Others humorously say that if you broke the rules anyway, you could have made a video right away. There is much joy about the confirmation of DMZ.

Even if the fans are already very excited about the new CoD, one thing causes trouble. A hated feature is set to return in Modern Warfare 2. The community went on the barricades at the mere mention.