In the vein of Command and Conquer: Tempest Rising will be released in 2023 as a classic RTS 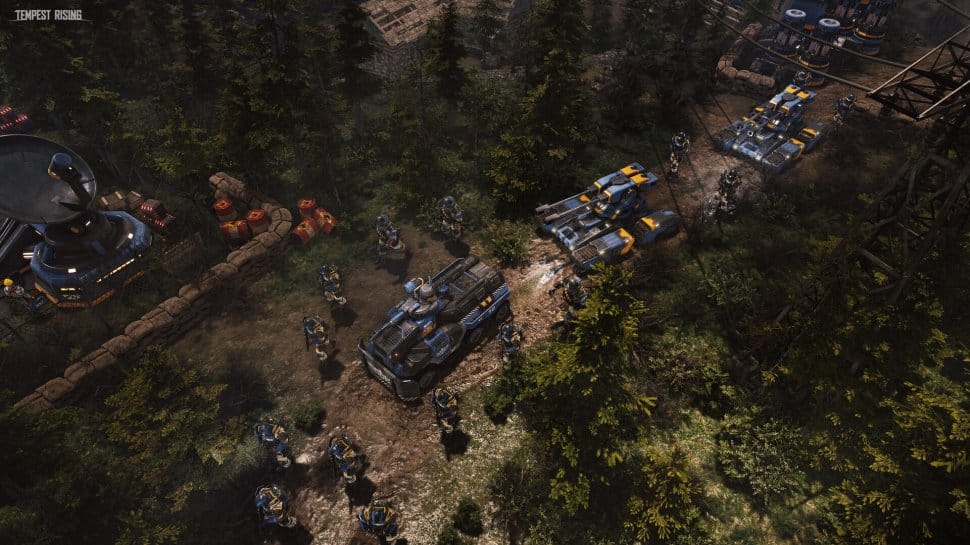 The THQ Nordic Showcase, which among other things resulted in a new Gothic Remake trailer, also had an interesting announcement for RTS fans. Classic real-time strategy action meets modern production and performance in Tempest Rising. They were inspired by the great genre representatives of the 1990s and 2000s. Without mentioning them by name, it’s obvious that they’re alluding to the Command and Conquer series in particular.

It starts with the mysterious red footage players see in the Tempest Rising trailer and screenshot. Like Tiberium, which came to earth via an asteroid, it grows like weeds – and can apparently be mined by collectors and processed into credits in a refinery. One of the factions is not called Global Defense Initiative, GDI for short, but Global Defense Force. Opposite her is the Tempest Dynasty, which, like the GDF, has its own campaign. Musically one wanders apparently on the Traces of Frank Klepacki.

Tempest Rising as a C&C clone? Tempest tendrils instead of Tiberium

“Take on the role of the commander of the highly mobile and advanced Global Defense Forces peacekeeping force or the badass and desperate Tempest Dynasty in two 15-mission campaigns that allow you to customize your army for each mission as both armies attempt to conquer the mysterious, but to understand and manage beneficial Tempest tendrils that grow unchecked on the war-torn earth. More dangers lurk in the shadows as the Tempest’s origins are revealed…”

See also  The Quarry review: thrills, chills, and only a few spills await

Apparently, a third faction comes into play, but their presentation is still pending. If you use Command and Conquer here, too, it should be an extraterrestrial species or an AI like Cabal. In any case, each party is advertised with its own approach to struggle and economy. In addition, the developers promise a variety of strategies for players of all stripes. There are supposed to be maps with neutral structures to challenge and neutral populations to contend with. “Deep and rewarding gameplay that emphasizes strategy while rewarding skill, and built-in customization options that allow players to approach the game their way in both single-player and multiplayer.”

The campaigns get a story through cutscenes. Judging by the screenshots, unlike C&C, there are no real actors in front of green screens, but animated actors. It remains to be seen whether well-known speakers will get a chance. In addition to an English language version, there should also be a German version. As a developer, the Danes draw from Slipgate Ironworks responsible. Steam leads Tempest Rising already, but so far only allows you to add it to the wish list. “Coming soon”, it also says there, while the trailer promises the release for 2023.