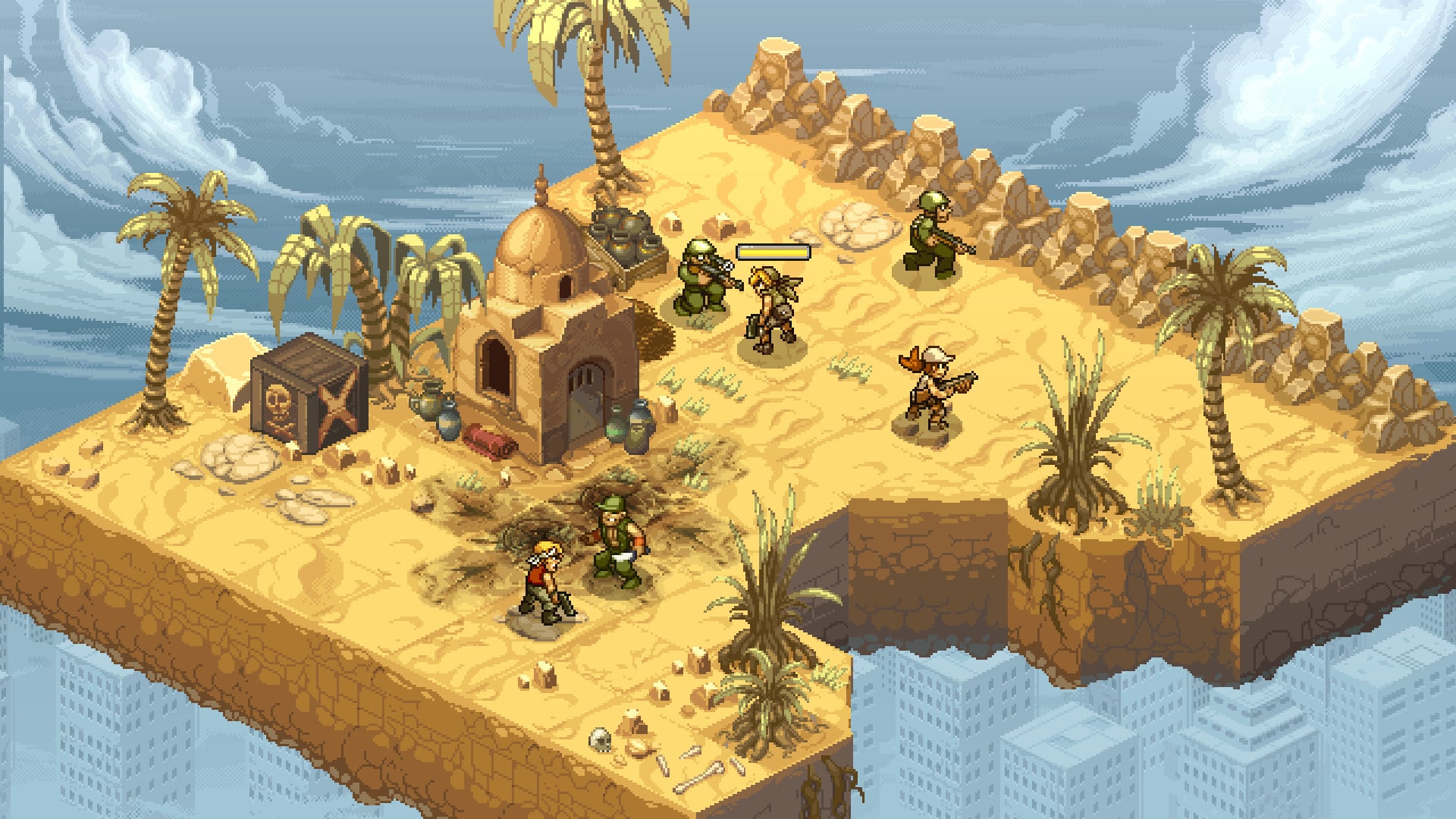 Publisher DotEmu has announced via tweet that the turn-based tactics offshoot of the legendary 2D pixel run-and-gun series Metal Slug with the tangible title Metal Slug Tactics is postponed to an unspecified date in the next year 2023. He joins the ranks of numerous titles that cannot meet their intended publication target. The justification is now standard, the developers simply need more time. At least an effort was made to formulate it appropriately:

The squad needs a little more time in the workshop to prepare for the upcoming battle in order to make Metal Slug Tactics as explosive as possible at release.

Leikir Studio has also hinted that the tactical title will be centered around weapon-wielding special forces units PFSquad (Peregrine Falcon) and SPARROWS, of which four characters will be playable, namely PFSquad’s Marco Rossi and Tarma Roving and Fiolina “Fio” Germi and Eri Kasamoto by the Sparrows, will also contain roguelite elements in addition to RPG borrowings. According to previous information, Metal Slug Tactics will only be released for PC and on the Nintendo Switch.

Garmin Philip
See also  Anno 1800: Update on the new DLCs - next add-on is coming in June