New anime MMORPG does a lot better than Genshin Impact, but bugs kill the fun 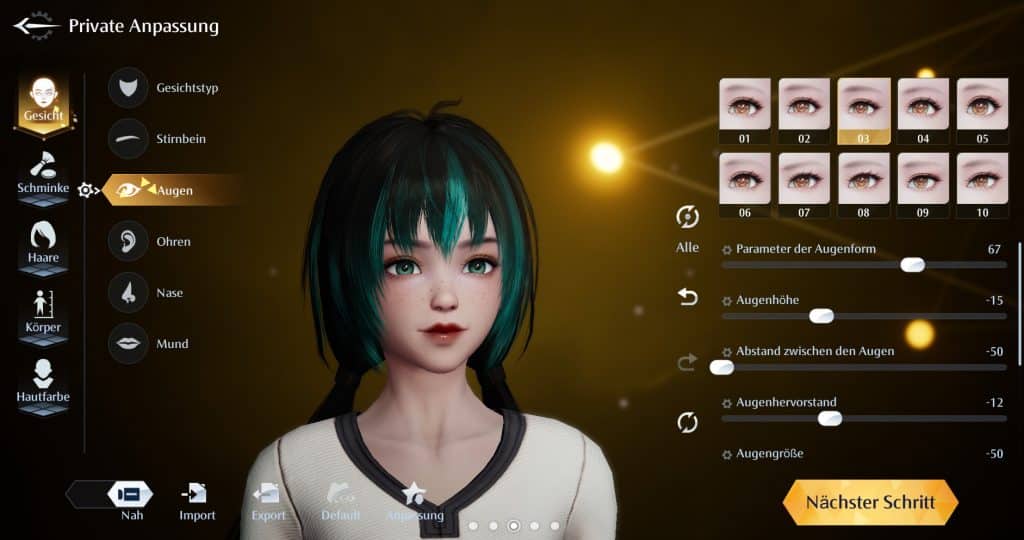 Noah‘s Heart is a new free anime MMORPG released on July 28th for PC and Mobile. In many respects it seems to try to imitate Genshin Impact. MeinMMO author Anny Bader tested the game for about 6 hours.

I’ve had eyes on Noah for months‘s Heart, since it is often compared to the well-known anime “Sword Art Online” (SAO). The world as well as the story should be a strong reminder of that. Ultimately, I recognize Genshin Impact in the MMORPG rather than something like SAO.

I’ve been playing Genshin Impact for almost a year and I’m always excited about the game. It’s a shame the multiplayer there is so terrible. Most of the time you’re on your own, don’t see any other players and only occasionally get to invite other players into your own game world.

I’m all the more pleased at first that the developers Archosaur Games appear to be releasing a Genshin Impact imitation with Noah’s Heart that has reasonable multiplayer.

Noah‘s Heart throws its players into a colorful anime world that is threatened by a higher power and you have to save it. You create a character, complete a tutorial and then you’re good to go.

Who writes here? Anny Bader is an MMORPG author at MeinMMO and has already looked at many titles. Among their favorites are Lost Ark, Final Fantasy XIV and Genshin Impact, although the latter is not a real MMO.

Extensive character editor, but it remains an anime game

I love the character editor. First you choose between a few pre-made looks, which is a bit confusing. After that it only goes on to the right editor, where you can customize your appearance more precisely.

The options, while varied, are within the anime spectrum. More precisely, this means that the smallest eyes are still very large and the thickest body is still thin. In addition, your face always looks rather childish, no matter what you set.

Apart from that there are many options. With the eyes, for example, you can set what the pupils look like and how long the eyelashes are. Among the ready-made options there are additional sliders for a more precise result.

When it comes to hairstyles, the options are limited to a few. You can color the hair sections differently.

You will be thrown through story and level

Because of the SAO comparisons, I decided to focus on the story. But I hardly get anything from it, since the dialogues are rather incoherent and the soundtrack sometimes just breaks off.

Those who want to progress very quickly are with Noah‘s heart right. Story haters don’t have to click very fast to skip everything, because it happens by itself. To run to the next quest, you just click on it and your character will run automatically, whereupon the dialogues will open directly and the NPCs will want to tell you everything at breakneck speed.

In the video you can see crowdfunding MMOs that really flopped:

The leveling process is also much too fast, I don’t even notice some ascents. As I click through the UI, I discover a reward: I’m supposed to get experience points. OK. Then suddenly I go up 6 levels and I’m even more confused than before.

If you want to achieve quick successes in an MMORPG without doing very much, you’ve come to Noah‘s heart is spot on. Anyone who plays Genshin Impact knows how long it takes per adventure level there. For a level you grind from level 30 for a few days, if not weeks. Noah‘s Heart seems at this point as if it wants to compensate for the long Genshin grind and throws you from level to level.

In some respects it seems like Archosaur Games tried to copy Genshin Impact exactly. When summoning, a short cutscene appears before you find out which character you drew. You see two comets swinging around. This scene is almost identical to that of “Prayer” in Genshin Impact.

There are also many other parallels:

See also  FIFA 22: When is the TOTS coming? All important information about the event

However, there are also a few differences. For one or the other player, Noah could‘s Heart to be one step ahead:

As soon as Noah‘s Heart has developed a mature game version, so it has real advantages over Genshin Impact. However, it doesn’t come close to the graphics, Genshin Impact is ahead.

Hardly playable at the moment due to bugs and translations

Despite cool features, Noah‘s Heart is still so raw and bugged that it’s no fun.

The multiplayer itself works, but I can’t see my opponent at first. He stands next to me, but is invisible to me. After logging out and back in several times, it works and we form a group. However, he then constantly receives messages from the game telling him to follow me.

Joint questing also doesn’t work. If one player starts the dungeon, the other comes along. However, the dungeon does not count for the second person – even if they have the same quest open.

See also  Microphone for camera: 5 recommended microphones for the cam

The settings are in English and obviously not recorded by native speakers. But what bothers me even more is that the dialogues suddenly break off in the middle.

Then all I could do was read. The German translation is currently a disaster. Sometimes it’s typos that just don’t have to be. In most other places, the translations are so incredibly bad that I don’t even understand what is meant. For example, mounts are called “carrier” and in the character editor I can edit the “brow bone”.

Conclusion: After 6 hours I’m level 40 and rather unenthusiastic

i have noah‘s Heart for almost 6 hours and will put it aside for now. The bugs and translations make it impossible for me to enjoy the MMORPG.

Once the developers patch most of the game again, Noah’s Heart could be of interest to many of you. Especially Genshin Impact fans who want a real multiplayer experience have come to the right place.

It’s really a shame that Archosaur Games released the game as the final version. It’s no longer a beta and yet it’s so buggy. After the last closed beta in May 2022, there should have been an open beta first. Now it’s out and it remains to be seen how many problems will even be fixed.

If the developers patch the game to fix at least some of the bugs, Noah’s Heart could be an exciting alternative to Genshin Impact in the future.

What do you say to Noah‘s Heart? Have you had similar experiences with the MMORPG? Or did the bugs and translations bother you less? Do you generally prefer to play in German, English or another language? Write it to us in the comments here on MeinMMO!

We also have a play report for Tower of Fantasy: