PS Store: Get 7 new releases for PS4 and PS5 cheaply in the summer sale 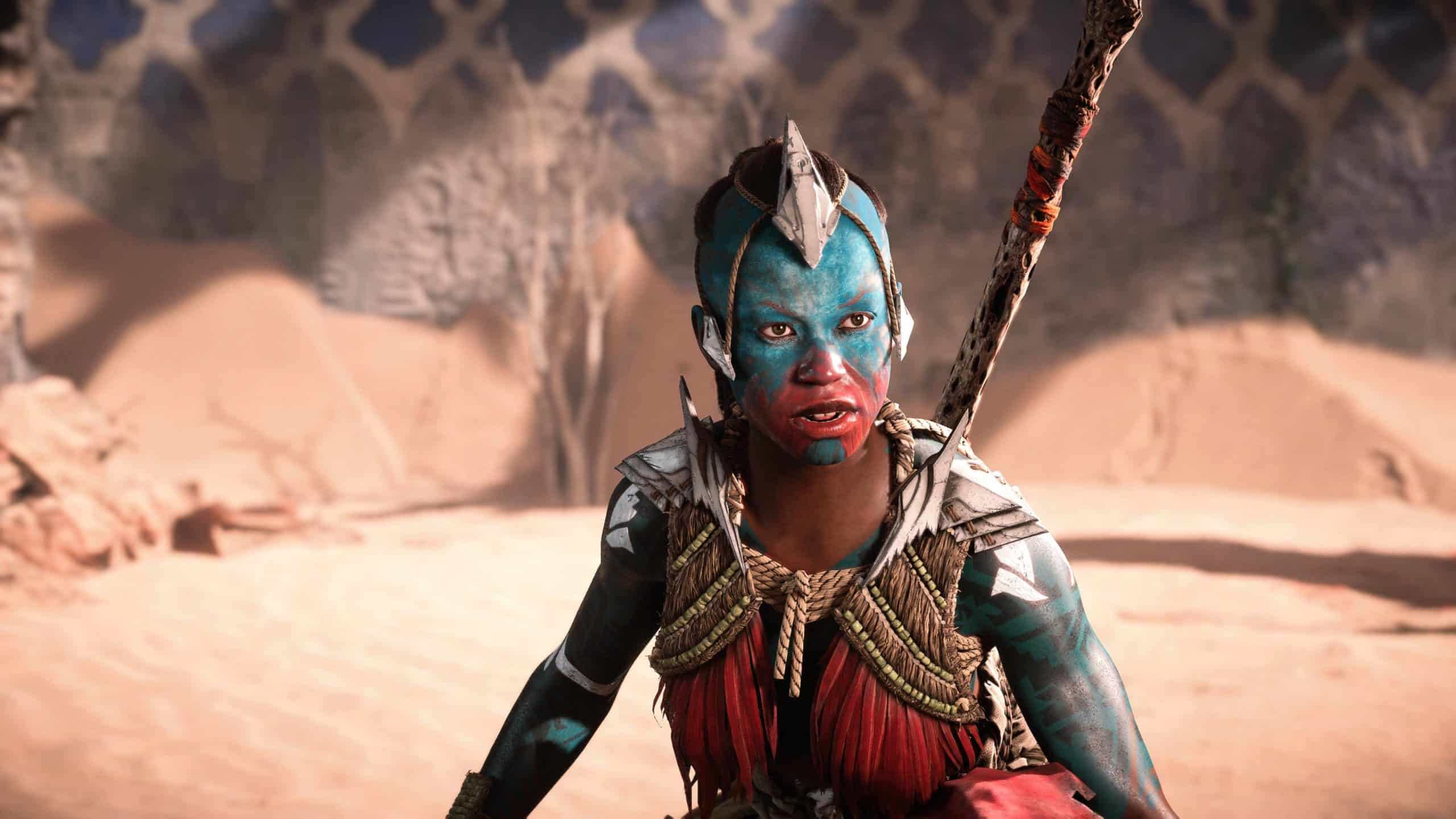 The Summer Sale on PSN continues and there are even some very modern games on offer that were released just a few months ago!

The offers in the Playstation Store don’t want to stop and the summer sale goes into the next round! However, not only classics are reduced, but even new releases! Seven of the most interesting games from the offers can be found here in a short presentation.

Go to the summer sale on PSN

What kind of game is this? Horizon: Forbidden West is the sequel to the hugely popular Zero Dawn and continues the story of Aloy after the end of Part 1 and its addon Frozen Wilds. It’s also all about life in the post-post-apocalypse where robotic dinosaurs populate the world. Aloy heads here to investigate a mysterious plague.

Who is the game for? Horizon: Forbidden West is for those who like to spend a lot of time exploring big worlds. Because the journey through the game world, which you can even explore underwater, accounts for a large part of the fascination.

You can buy the game here: Horizon: Forbidden West is less than six months old and costs 69.99 euros in MSRP. During the summer sale you can get it for 49.69 euros and save 29 percent!

What kind of game is this? AI: The Somnium FIles – nirvanA Intiative comes from the same author who released a real surprise hit with the Zero Escape series. It is the sequel to AI: The Somnium Files and follows the story of special agents Ryuki and Mizuki. They’re investigating a mysterious murder where only the victim’s right half has been found. The one on the left suddenly reappears six years later, with no sign of decomposition.

Who is the game for? Story lovers can look forward to an exciting story with numerous twists. Because that is the focus of the game. Being a visual novel, don’t expect too much gameplay though.

You can buy the game here: AI: The Somnium Files – nirvanA initiative was only published in June 2022. In the current offer, the RRP has already fallen by 20 percent from 59.99 euros to 47.99 euros.

What kind of game is this? Evil Dead: The Game is based on the horror film of the same name and presents itself as an asymmetric multiplayer game in the style of Dead by Daylight. Four survivors take on a killer here. But instead of being passive, you can use force of arms to defend yourself against the supernatural monsters.

Who is the game for? If you’re already into games like Dead by Daylight, then Evil Dead: The Game is worth checking out. Don’t expect a copy, though. Because the gameplay here is designed much more for open confrontations.

You can buy the game here: The title was released in May of this year and costs EUR 39.99 with the RRP. The summer sale reduces the price for you by 25 percent to 29.99 euros.

What kind of game is this? Salt and Sacrifice continues the story of the Dark Souls inspired Salt and Sanctuary. The game revolves around mage hunts in which you have to follow the different bosses through the levels. If you defeat them, you will get better equipment and weapons with unique skills. In contrast to its predecessor, there is even a multiplayer mode in which you can invade the worlds of other players.

Who is the game for? This makes Salt and Sacrifice a must-read for all Souls players. Because not only can it convey the atmosphere of the series very well, the gameplay is also based on it. That puts a pretty 2D world though.

You can buy the game here: Salt and Sacrifice has cost 15.99 euros since its release with the RRP. With the current deals you save 20 percent and get it for 12.79 euros.

What kind of game is this? Trek to Yomi is a sidescroller in which you have to prove your skills as a samurai and fight against bandits and demons from Japanese mythology. The gameplay follows the motto easy to learn and difficult to master. Because the number of your attacks is limited, but you have to use them carefully.

Who is the game for? If you love Akira Kurosawa’s samurai movies, here’s a playable version of them. Accordingly, you also have to be prepared for the fact that the experience itself is in the foreground here and you will quickly see the credits.

Buy Trek to Yomi from the PS Store

What kind of game is this? Instead of waiting for STALKER 2, you can already play a shooter with a very similar setting with Chernobylite. Because here, too, you are in the area around the nuclear power plant in Chernobyl. Upon your return to Pripyat, you set out to investigate the disappearance of your fiancé.

Who is the game for? A full survival program is on the agenda for this. Because in the fight against the monsters, weapons are not always the best choice and sometimes it makes more sense to act quietly. In addition, you build a base that becomes the headquarters of your expeditions.

You can buy the game here: Chernobylite is the oldest game in the list. With a release in September 2021, it is not yet a year old. Here you save 30 percent and only pay 20.99 euros instead of the RRP of 29.99 euros.

Buy Chernobylite from the PS Store

What kind of game is this? In They Always Run you play a three-armed mutant hunting down the worst criminals in the universe. But he doesn’t always want to see money. Because information is also important to him in order to uncover a galaxy-wide conspiracy. And you do that by taking down your opponents with style and getting better and better equipment.

Who is the game for? Anyone who loves 2D Metroidvanias will get a real insider tip here. Because although the game is very unknown, it is highly praised by fans. Some even speak of a game where you feel like Mando from The Mandalorian.

You can buy the game here: They Always Run was released with an MSRP of €16.99. You currently save 20 percent on them. Because in the current offer there is the game for 13.59 euros.

Top titles can already be pre-ordered!

If you can’t wait to play the next hit, you can pre-order The Last of Us Part 1 now. Since the gameplay quality is already known from the original, which came out for the PS3 at the time, you don’t even take any risks with it. You can find out exactly what you need to know here!