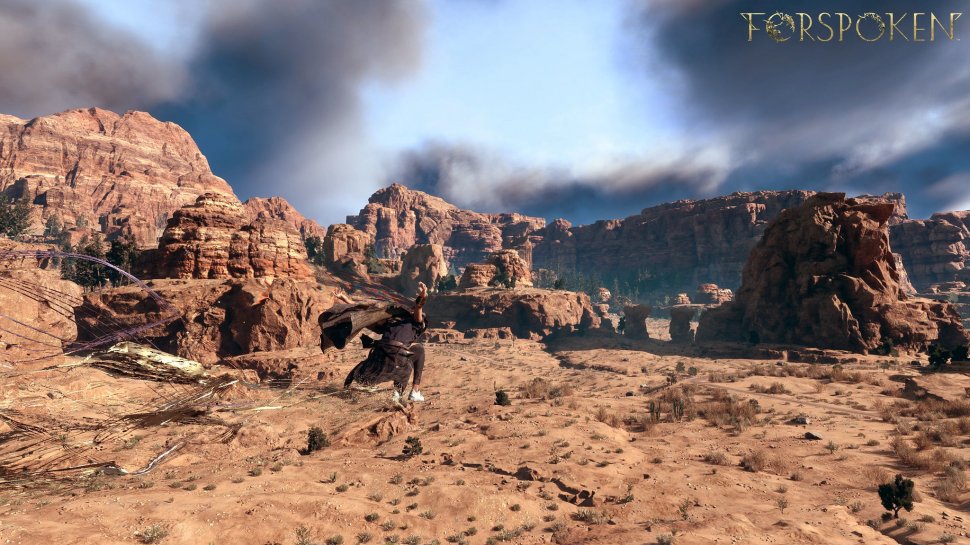 Oh Leude ey … sometimes I don’t understand the internet world anymore. Actually even regularly, but I imagine that I can at least keep up in terms of gaming. Turns out I can’t seem to because I’m wondering if I’m too old or just dumb to understand why half the internet is making fun of a forspoken video. Maybe you can explain that to me.

It began in the evening hours of August 8, 2022, when the Twitter account of Forspoken, an open-world role-playing game from Luminous Productions and Square Enix that has already been postponed three times, posted a video about the game. Gameplay scenes from the game are shown, and these are accompanied by quotes from Frey Holland, the protagonist. Again, these quotes are old; were already seen in other trailers for the game. Here, look at this:

I was watching this clip shared by Square Enix when people started making fun of the video around August 9th, 2022-

I’m talking with a bracelet

The making of fun is done via memes, the style of which is similar to that of the Forspoken video. These are trailer or game scenes that are accompanied by text reminiscent of Frey’s (admittedly not particularly Pulitzer Prize-worthy) words. Here you have one for Bloodborne or afterwards for Metal Gear.

I don’t want to belittle anyone’s creative energies, but I just don’t understand what is so upsetting about the Forspoken source material that it needs to be so ridiculed. I just do not understand. Too old. Or too stupid. Or both. At least the developers of Square Enix and Luminous might be happy because the game is being talked about, if not in the most positive way. But at least Forspoken is talked about about the game that everyone forgets and doesn’t really knock anyone’s socks off.

I can fly soon

To reiterate my confusion about this meme hype, is it the gameplay scenes that are particularly offensive or silly? No, not really, because we’ve seen them from Forspoken several times. So is it the texts that are displayed for the sometimes slowed down gameplay? But…they’re not new, we’ve been hearing them from Frey’s mouth in the Forspoken story trailer for almost a year now. What is it then, the mixture of both?

I don’t find anything in Square Enix’s video that’s bad or extra…whatever. I think it’s pretty normal. Right and left, however, news authors throw terms like “very bad” (via Kotaku), “embarrassing” (via WinFuture), “unintentionally funny” (via GamePro) and “failed” (via Play3.de) around yourself. Did the writers watch the video? Have you noticed that there is nothing new about this? Maybe it’s that: old material was simply plugged together. You can do it, it’s just not particularly creative. But I don’t think it’s despicable. However, the reporting of a simple advertising clip is overturned. I really don’t understand. can you explain that to me Maybe the internet is just broken. In that case I want to return it :D.