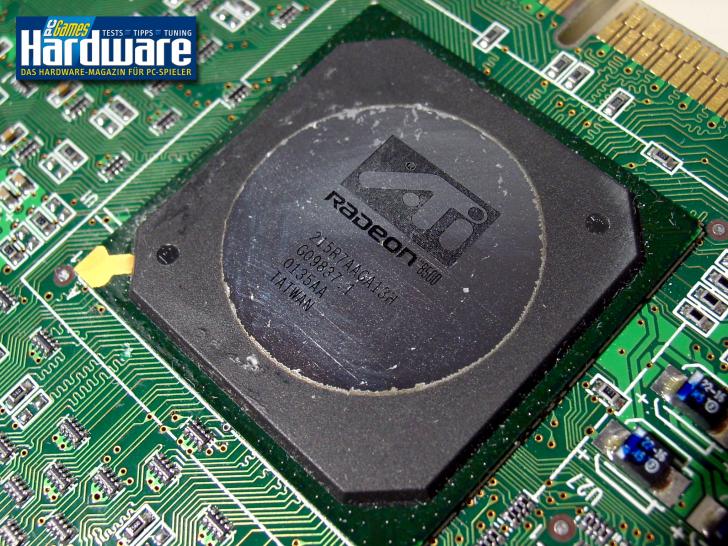 …1984: The first IBM PC was a complete success – not only for its creator, but also for the competition, who copied the computer and took IBM’s market share. With the third PC generation, which will be presented on August 14th, IBM is trying to set itself apart from the competition again: The PC/AT (short for “Advanced Technology”) uses Intel’s 80286 processor for the first time with 6 MHz, a legendary unreliable 20-megabyte hard drive and a new 5.25-inch floppy drive, it also introduces a new form factor that will soon become the standard and will not be superseded until 1995 by Intel’s ATX format. Despite a few weaknesses, the PC/AT is a modern computer, but the hoped-for advantage over the competition does not last long: soon other manufacturers will also be offering their own “AT” computers with a 286 CPU – mostly at lower prices. Again, the PC series does not bring luck to its inventor.

…2000: Nvidia introduces the Geforce 2 Ultra graphics chip. The top model of the Geforce 2 series is based on the Geforce 2 GTS (NV15), but runs with a higher clock rate of 250 MHz; the DDR memory clocks at 230 MHz. Graphics cards with the new chip set new performance records, but at up to 1,600 German marks (approx. 815 euros) they also cost a small fortune.

…2001: Ati presents the R200 chip as the Radeon 8500. The successor to Ati’s first TnL-capable graphics chip, the Radeon 256, supports DirectX 8.1 and thus competes with Nvidia’s Geforce 3 series, which, however, only supports DirectX 8 without .1 and with it without the advanced Pixelshader 1.4 offers. The Radeon 8500 clocks at 275 MHz in the retail version, as does the 64 MiB DDR RAM. Among the new features, the GPU offers Truform support – the technology, which creates rounded 3D models by increasing the number of polygons, does not catch on, however, and from the R300 generation AMD banishes the tessellation technology from the chip for the time being, so that the Polygon floods can be generated using the CPU.

See also  How to get characters in Genshin Impact

…2001: With the P4X266, Via is the second manufacturer to announce a Pentium 4 chipset that is neither dependent on the expensive Rambus memory modules favored by Intel nor lets the Netburst processor starve at the outstretched arm due to data shortages, as is the case with low- Cost market offered SDR-SDRAM chipsets with PC133 memory and a transmission speed from Pentium 3 times. After the SiS645 presented on August 10th, Via’s P4X266 presented on August 14th is the second chipset that relies on the modern DDR-SDRAM for the optimal combination of performance and costs.

…2001: The creators of Soundblaster and thus the midwives of digital noise generation on the PC, Creative Labs, are presenting the second, new generation of audio chips today. After the Soundblaster Live had already provided multi-channel sound accompaniment mainly for PC gamers and multimedia users for a number of years, Creative has once again come up trumps with the Audigy chip announced today, August 14th. The integer computing power should be sufficient to calculate a number of effects in real time and thus adapt sounds to the game environment. Despite often problematic drivers, the Audigy series has become the standard equipment for PC gamers over the years, since cheaper solutions burden the CPU with sound calculations and often cost valuable fps.

…2003: Microsoft and Ati announce that the PC graphics specialist will supply the next-generation Xbox graphics chip. The console, still known as the “Xbox 2”, which came onto the market years later as the Xbox 360, thus completed a change of GPU supplier: the first Xbox still ran with a GPU from Ati’s competitor Nvidia.

…2012: Modern distribution platforms via the Internet have now been established following the pioneering work of Valve’s Steam, and with the convenient delivery of content via the Internet, the pressure to send a flawless product to the pressing plant decreases – accordingly, Day 1 or even Day 0 Patches called software patches are established, which are intended to fix the errors contained in games directly at or shortly after the release of games. The so-called preload, i.e. the premature downloading of distribution platforms in order to then complete the game with a minimal download on the day of publication, has also become a good custom.

But what Activision/Blizzard, the group behind World of Warcraft is doing these days, puts the crown on the whole spook: more than 40 days before the World of Warcraft expansion Mists of Pandaria is released, buyers can already download the first patch – not a day -0- but a day minus 40 patch. And the software patch, with its 6 gigabytes in size, is also used to force players to preload, which nobody wants from the chronically overloaded servers at the time of publication (“We were completely surprised by the rush to our servers…”) after the game once have to download 6 additional gigabytes with announcement.