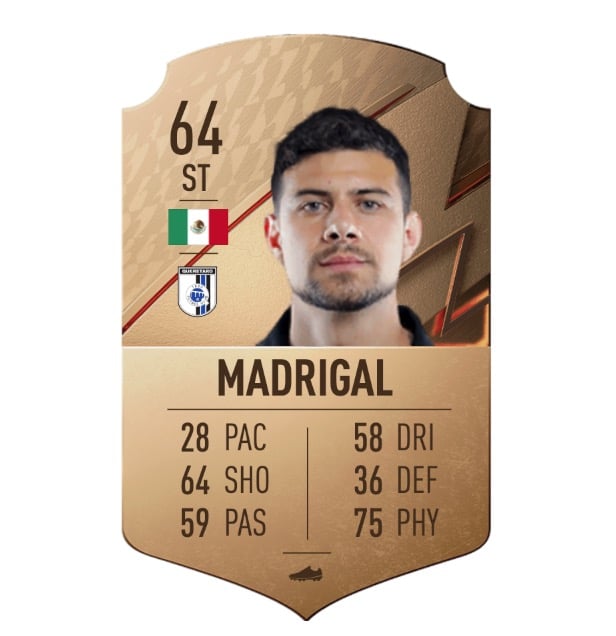 It’s summer and the FIFA 22 season is coming to an end. A good time for experiments. That’s why we unleashed the slowest forward in the game on Ultimate Team. So – leisurely.

If you still log into Ultimate Team to play a bit of Division Rivals or FUT Champions, you will primarily encounter one thing: completely saturated, crazy over-teams.

Thanks to the Futties event, it’s very easy to get powerful top cards right now. They’re running around everywhere, the Messis, Ronaldos, special cards and legends that are cheaper than ever.

But to a certain extent everything is the same. The players are fast, good at dribbling, agile and master all tricks. You can shake that up a bit, especially now that the FIFA 23 release is getting closer.

So we wanted to find out: how well does the slowest forward in the game do in this environment?

No speed, no dribbling – but lots of fun

Who is the slowest forward in the game? That dubious honor falls to Luis Guillermo Madrigal, according to a quick search on the futbin portal. According to FIFA 22, he plays in the Mexican league and has a staggering speed value of 28. That’s exactly what we were looking for.

I got the bronze card for 5,000 coins, which is pretty high for the slowest player in the game. Doesn’t matter. I had a good feeling. Madrigal, that sounds like a lot of goals. Or?

So I started the first Division Rivals game with my new attacker up front. With top winger Insigne, I dribbled over the left wing, passed to de Ligt in the middle, who brought the pass to the man of the hour.

See also  Roller Champions: Has it rolled out yet? Ubisoft takes a stand

And my goodness: I didn’t expect Madrigal to start so quickly, of course. But that he so would be slow – I didn’t think so after all.

He got the ball on his foot, I pushed through Sprint and – nothing. With the explosiveness of a departing cruise ship, Madrigal edged forward a meter. There he was greeted by an approaching central defender who was probably laughing tiredly.

Of course I wanted to curve it around with a hook, as usual. But since this movement was also in maximum slow motion, my opponent put his foot out and swiped the ball off the good Madrigal’s foot.

After successfully recovering the ball, I played a combination down the right. This time I chased the ball, as usual, with a steep pass into the front third – straight into Madrigal’s run.

Stupidly, it took the good man a few more seconds to get going again. Enough time for exactly three opponents, who were about twice as far away from the ball, to catch up comfortably and secure the game device.

We summarize: You definitely won’t win a running duel with Madrigal, especially in the current phase where everyone has crazy cards. He basically felt like an anti-Mbappé.

When I wanted to start running with him for the first time, my eyes went straight to the top of the screen – FIFA 22 is showing connection problems there. It felt exactly like I just had a bloody lousy internet connection right now. But no, it’s really that slow.

where does the fun come from I didn’t give up just because Madrigal didn’t win a running duel. I really wanted to score with him. So I reconfigured so that all the instructions screamed at the forward, “Stay in front, don’t move, and keep your foot in when it fits.”

And lo and behold: it bore fruit. My team was spinning around the box and I was trying to somehow get the ball to Madrigal in a way that all he had to do was shoot.

Admittedly, this is a massively inefficient way to play. Because that’s how there are always good shots on goal with other players, where I really only have to deduct. But that wasn’t the point.

Instead, I did everything I could to whip Madrigal to the gate. And that in turn was a challenge that I really enjoyed. There was something about not playing the “usual” sequences, but concentrating everything on getting the attacker in the perfect position.

And it should actually work:

The funny thing is, as you play Madrigal, you kind of get used to his pace. You know exactly: If I turn now, it will take forever. However, the opponent doesn’t necessarily expect this because all the other cards on the field are much, much faster and move differently.

I absolutely do not want to say that the slowness is an advantage. But unexpectedly, it definitely is for some opponents.

If you’re all about wins and rewards, going for Madrigal in the Storm is probably still a really bad idea. But if you just want to have some fun in FUT and mess around, give it a try.

Speaking of FUT: The FIFA 23 release is getting closer, and the innovations for Ultimate Team are now also known – including a big chemistry change.