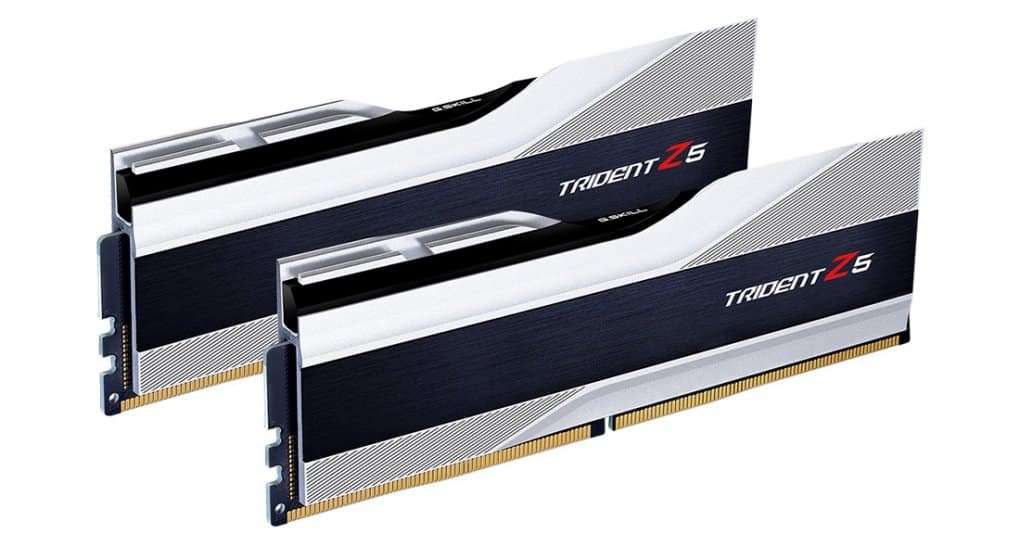 08/14/2022 at 2:00 p.m
from Maximilian Hohm –
G.Skill is preparing a new memory kit supporting AMD EXPO, a counterpart to Intel’s XMP. The Trident Z5 kit offers DDR5-6,000 and thus the alleged sweet spot for Ryzen 7000 and relatively good latencies. Read more about this below.

Due to Intel’s long-lasting dominance in the PC market, the acronym XMP has meanwhile become commonplace. The Extreme Memory Profile, which is now in its third generation, comes with many memory blocks and can be activated in the PC’s UEFI. This is conceptually an overclocking that not every system can easily handle, and Intel does not guarantee a clock above the manufacturer’s specifications. However, after AMD has caught up or overtaken significantly in the recent past, there are corresponding technologies that more manufacturers are now paying attention to, also for AMD’s CPUs.

While DOCP is a genuine ASUS feature, G.Skill is currently preparing DDR5 memory with a general solution for AMD systems. This is called Extended Profiles for Overclocking (EXPO) and is actually very similar to XMP. The advantage for AMD systems with their own technology is, as before, with memory optimized for AMD in the sub-timings that can be adapted to the platform. G.Skill is therefore currently working on the first such kit, a Trident Z5 DDR5-6000 kit that has the production code F5-6000J3038F16G and offers latencies of CL30-38-38-96. Similar kits with XMP offer timings of CL30-40-40-96.

After an announcement of AMD’s X670E mainboards last week, it is now also known that the board partners for the AM5 boards have to choose between EXPO and XMP and cannot support both on individual mainboards. G.Skill’s new memory kit, on the other hand, seems to have been well calculated, since the current rumor assumes that DDR5-6,000 will be the sweet spot for the upcoming Ryzen 7000 models, as has been the case with DDR4-3,800 for Zen 3 so far. According to previous information, the launch of the new platform should take place on September 15th, so that more information on the working memory situation can be expected in the near future.