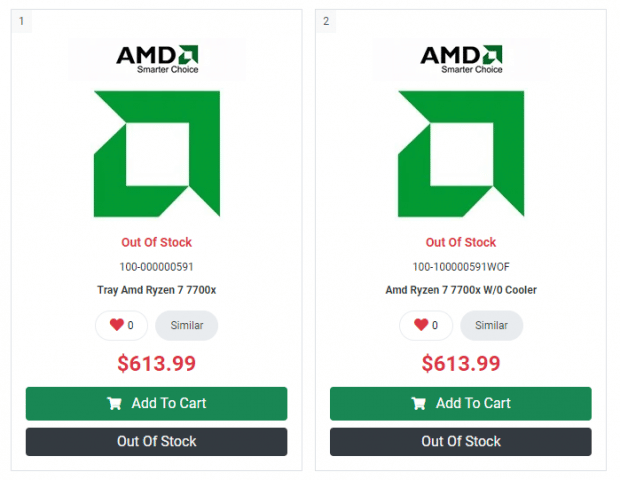 08/14/2022 at 5:00 p.m
from Maximilian Hohm –
Canadian retailer PC Canada has listed four new Zen 4-based AMD Ryzen models. They seem to confirm the information so far and present the starting lineup for AM5. They are priced at PC Canada between 300 and 892 US dollars. Read more about this below.

AMD’s Ryzen 7000 models should be on the market in more than a month. Accordingly, the mass production of the chips must have started a long time ago and the first chips should have arrived at the retailers by now. However, an NDA also typically applies to these and the processors may only be sold and advertised from a date specified by the manufacturer. However, some retailers regularly deviate from such specifications, as happened in Germany at Mindfactory when Rocket Lake-S was launched.

Presumably, the pricing is not yet the final prices that the chips will cost in retail, but only placeholders that can be corrected downwards when the goods arrive. Regardless of the leaks from the Canadian retailer, it can be assumed that AMD will officially present the new processors one day after Gamescom on August 29th. Then the last speculations about prices and technical details should be cleared up.