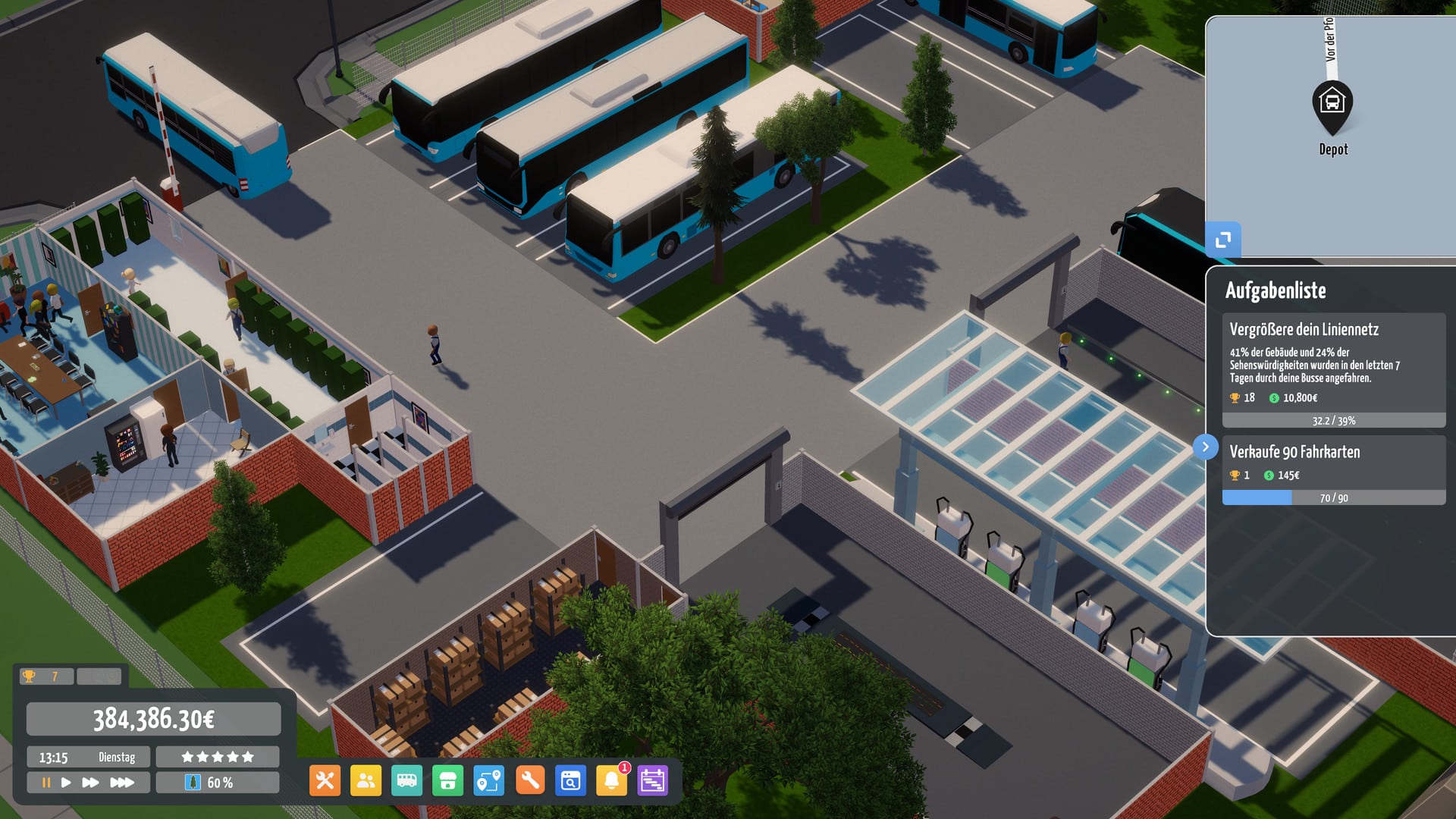 08/14/2022 at 4:15 p.m
from Benjamin Grundken –
Aerosoft and PeDePe have officially presented the City Bus Manager. With it, players should be able to set up their own depot and operate bus routes in any famous city – based on the Open Street Map database. The economic simulation is expected to be published this year.

The 9-euro ticket planned by the federal government to relieve the burden should have made one or the other acquainted with the unpleasant aspects of public transport. Now players should be given the opportunity this year to do better – virtually, of course. We’re talking about the City Bus Manager, an economic simulator that allows you to create your own timetables. Publisher Aerosoft and the three-person development team PeDePe promise that players can work anywhere in the world.

“Unlike similar games, City Bus Manager lets you set up your depot anywhere in the world.” Apparently the developers of the City Bus Manager are using the Open Street Map database. This should not only allow you to implement your own lines, but also to rebuild and change real existing ones.

For example, all the sights can be connected to one another and the number of passengers can be observed. The supply of buses and employees must also be ensured. This is the only way to ensure that the timetables are adhered to.

On the product page it also says: “Maintain your buses in the workshop or the car wash to ensure that they meet customer requirements. In the service center you sell tickets directly at your depot and get in touch with your customers. Get the best passenger ratings and lead your bus company into a successful future.”

The release is planned for the fourth quarter of 2022. The official system requirements are already available on the Steam page, where you can not yet buy the City Bus Manager but add it to your wish list. Since it is a simulation/management game, these are of course low. A 2.3 GHz quad core, 4 GiByte RAM and a Geforce GTX 760 or comparable as well as 20 GB of storage space are already sufficient. We recommend a quad core from the AMD Athlon X4 950 or the Intel Core i5 3000 series, 8 gigabytes of RAM, a Radeon HD 7870 or Geforce GTX 1050 Ti and 100 gigabytes on the hard drive.