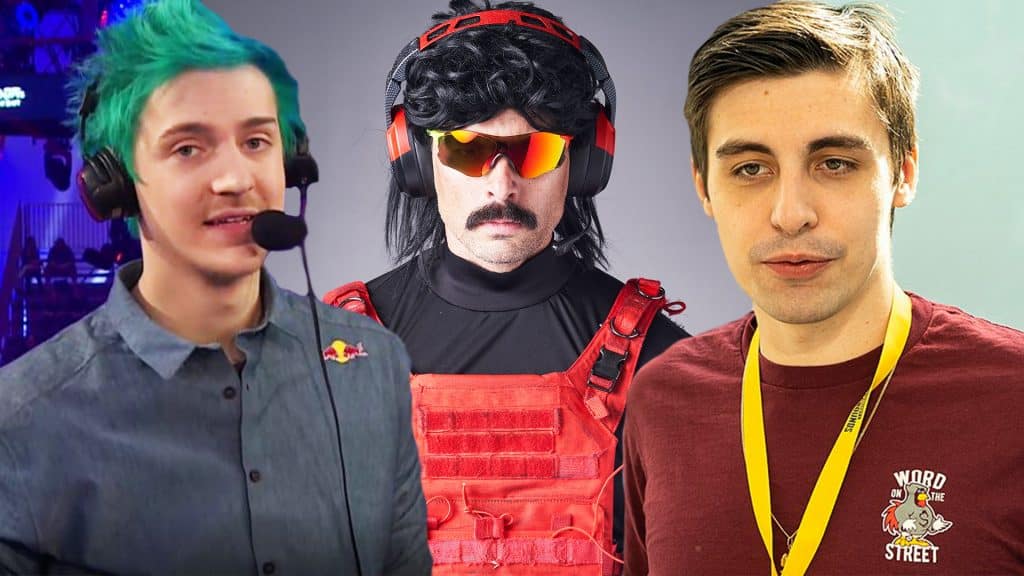 The former developer of Call of Duty, Guy Beahm (40), has been performing as the macho art character “DrDisrespect” since 2010 and has become one of the most important streamers on Twitch with PUBG. However, in 2020 he was banned from Twitch and has been stranded on YouTube ever since. Now Beahm complains: He gives YouTube so much, but they don’t give him anything in return. He feels used. Ironically, DrDisrespect demands more respect.

The permanent ban from DrDisrespect is the most important ban from Twitch ever:

This is what he says now: In a tweet Saturday night around 8 p.m. German time, Guy Beahm (via Twitter):

It’s amazing to think that the platform the Doc streams on doesn’t support him one bit. No follow, zero communication, absolutely no love.

The impact we’re having on the growth of streaming on YouTube is insane. We were taken advantage of. God, YouTube show some respect.

Is he right? Conditional. From his point of view, it’s unfair that other streamers at his level (like TimTheTatman) or below (like Courage or DrLupo) get exclusive deals worth millions of dollars and he doesn’t. The part is correct.

See also  WoW: "Ahead of the times" success only until Season 4 - more mausoleum nerfs are coming

The question, though, is how much DrDisrespect has done to boost streaming on YouTube. And does he really have as much impact on the growth of live streaming as he claims?

YouTube would be just as good or bad today if DrDisrespect hadn’t moved there in 2020. Because the streamers who switched to YouTube switched there because they were offered a lot of money, not because DrDisrepsect was there.

So the question is: why would YouTube support it and not a streamer that you bought for a lot of money and believe in growing?

YouTube likes “nice” streamers and throws money at them

Why doesn’t he get an exclusive contract? Twitch has only bought streamers that have a squeaky clean image and are “family friendly” like

All “Bad Boys and Girls on Twitch” like Tyler1, xQc, Amouranth or Tfue were deliberately left alone, even though they were bigger than the ones you bought

As a deliberately more controversial and provocative streamer, DrDisrespect does not fit into the image that YouTube wants to paint of its streamers.

Why is the situation the way it is? It’s unusual. One could have at least expected communication with DrDisrespect.

Longtime YouTube Gaming boss Ryan Watts has targeted Twitch streamers who have been banned from Twitch and introduced them to YouTube. He was specifically looking for proximity to Valkyrae and other stars of the platform, but he apparently stayed away from DrDisrespect.

It is not known why DrDisrepsect has been treated as an “undesirable person” by Twitch since 2020, who even issued new rules to distance themselves from him.

YouTube just doesn’t seem to want to touch or connect with him either.

There’s a good chance YouTube executives know why DrDisrespect got banned from Twitch and they too are reluctant to do business with him.

But others agree with DrDisrespect, believing streamers’ “relationships and friendships” with YouTube decision makers are more important to getting a good deal than actual performance.

DrDisrespect likes to perform on badass macho, but the ban from Twitch threw him off track as you know: