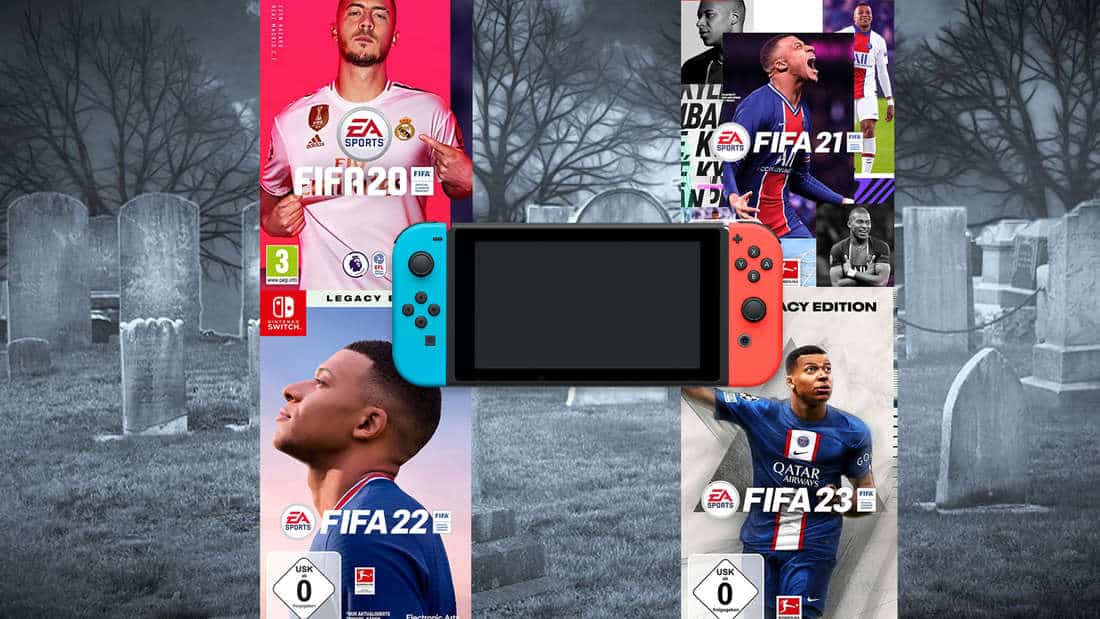 Once again, the Nintendo Switch version of a FIFA part will not receive any technical innovations. Players are losing faith with the upcoming release of FIFA 23.

Vancouver, Canada – Pasta from the day before can still taste good reheated. A FIFA, which is warmed up again and again over four years, probably not so much. After it was announced that FIFA 23 will not see any improvements to the gameplay either, Nintendo Switch players are giving up hope of improvement. Also, another platform could be in danger of experiencing the same treatment from EA soon.

FIFA 23 on the Nintendo Switch: EA has been focusing on the Playstation and Xbox consoles for some time. Many players and apparently EA itself forget that the series has been published for several years on Nintendo platforms.

Otherwise it cannot be explained that EA has not made any changes to the gameplay since FIFA 20 and thus for 4 years. “FIFA 23 Legacy Edition will get the same gameplay features and modes of FIFA 22, without any new developments or significant differences.” This text has graced the product description of the Nintendo Switch FIFA part for the mentioned 4 years. Thus, FIFA 23 on the switch will not receive the new FUT Moments mode.

FIFA 23: PC players at risk – is EA trying to use these methods to strengthen the console faction?

PC gamers fear: In the Reddit forum In the FIFA community, not only Nintendo Switch players are angry about the treatment they get from EA. PC gamers also fear that they could also be forgotten by EA in the near future. In FIFA 23, this may already have started.

After almost 2 years of waiting, the PC also received the upgrade to the next-gen engine. The new crossplay function also benefited PC players, albeit in a slimmed-down version. In FIFA 23, the FUT transfer market for Playstation, Xbox and Stadia players will be merged. The pc gets his separate.

This could lead to significantly higher prices because there will be far fewer FUT cards in circulation on PC. Nintendo Switch players fear that their platform will not receive a FIFA part anytime soon. PC gamers, on the other hand, fear losing touch with the consoles. We explain the FIFA 23 chemistry system to you.